Canadian web of intrigue in Panama

A CANADIAN concession dispute in Panama has taken a twist that could affect how a $US6.2 billion ($A6.1 billion) copper project is developed and the outcome of a takeover bid triangle. Cielo Abierto, by Matthew Ogg

Inmet Mining Corporation expects its 80%-owned Cobre Panama copper project to start operating in 2016 with around 20 billion pounds of ore at its disposal.

However, the miner has been dealt a blow in gaining rights to an adjacent plot it plans to use for a tailings dam.

The Supreme Court of Panama recently ruled in favour of fellow Canadian Petaquilla Minerals in response to a constitutional claim launched by Inmet subsidiary Minera Panama in September.

The move was aimed at scuppering Petaquilla’s rights to explore and extract minerals from 11,145 hectares of land where Inmet planned the tailings site to be.

The dispute would have been a non-issue if Inmet had succeeded in a $C130 million acquisition bid last year but shareholders rejected the deal in November, feeling the price was not high enough.

With the bargaining power Petaquilla now holds over the mine, it appears they were right.

In a statement, Petaquilla highlighted Inmet’s application for the tailings area had also been rejected by the Department of Mineral Resources and Ministry of Commerce and Industry.

A Zacks Investment Research analyst note highlighted Petaquilla as a strategic asset for the completion of Cobre Panama, which is the “largest mining project ever undertaken in Central America and potentially could become the second most important copper mine in the world”

Panama Mining Chamber executive director Zorel Morales told Miningnews.net a solution to the problem could be found with time.

“What Petaquilla has done is ask to explore an area that is adjacent to Inmet’s concession and part of that area is within where Inmet plans some lagoons for tailings,” he said.

“So what we’ll have to see later on is an understanding between the two so that Inmet can put one of these tailings lagoons in that zone.”

The Zacks note said a sizeable fee would be needed for this to take place.

“As stated by Inmet’s management, though in a different context, the acquisition of Petaquilla would eliminate a potential source of disruption to the development of Cobre Panama.”

The Panama dispute is happening as another Canadian company First Quantum Minerals continues with its aggressive $5.1 billion takeover bid for Inmet.

In a release yesterday, Inmet waived a shareholder rights plan hearing to address the First Quantum issue that was previously planned for February 25.

“Inmet has taken this action because the February 27, 2013 expiry date of the First Quantum unsolicited offer provides sufficient time for the full review and potential execution of all strategic alternatives being evaluated by the Inmet board and its special committee,” it said.

“The Inmet board continues to recommend that Inmet shareholders reject the First Quantum offer and do not tender their shares.”

Website Panamamerica.com.pa reported First Quantum has made first contact with a director from Petaquilla Minerals in Canada.

If it makes the acquisition, the Zacks note said First Quantum would have to recognise the importance of Petaquilla’s concessions and be “willing to pay a fair price”

Petaquilla already operates the gold and silver-producing Molejon mine in Panama at a rate of close to 3000 tonnes per day.

In December it released a mineral estimate of 502,800 ounces of gold equivalent on its Palmilla deposit.

Cobre Panama is less than 30km from the Panama Canal and will include the building of a port on the Atlantic coast, as well as a 300-megawatt coal-fired power plant.

The remaining 20% in Cobre Panama is owned by the Korea Panama Mining Corporation.

*Matthew Ogg is a Santiago-based journalist. 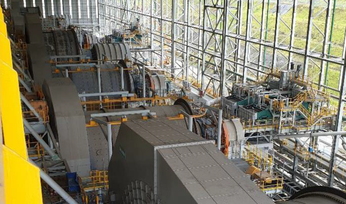 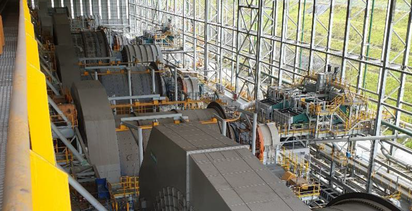