WHILE Australian investors appear to prefer the perceived safety of companies operating at home, many local explorers are finding international jurisdictions have a great deal to offer. By Ron Berryman

“Our Fekola project in Mali is a great geological address,” he told MiningNews.net. “We’re on the Senegal-Malian shear zone, which also hosts the Gounkoto and Loulo (Rangold) projects.”

The company’s current mineral resource estimate is 40.1 million tonnes of ore at an average grade of 2.4 grams to the tonne, for a contained 3.14 million ounces of gold. Following the completion of its prefeasibility study, Papillon expects average annual production of more than 300,000 ounces of gold per annum over an 11-year mine life.

Papillon recently announced it had begun a definitive feasibility study for the project with the appointment of Lycopodium Minerals as lead engineer and expects it to be completed during the second half of 2014.

Fekolo has already received a mining permit and environmental permit from the Malian government and Connelly says red tape is relatively straightforward, however he admits he hasn’t dealt with the Australian system so he can’t compare the two.

“But from our point of view we have found it quite transparent moving from exploration to exploitation licenses,” he added.

Crusader Resources managing director Rob Smakman agrees with Connelly on the quality of ground available in many overseas countries. Crusader has two projects in Brazil, the Posse iron ore project near Belo Horizonte and the Borborema gold project in the Serido area in northeast Brazil.

“Prospectivity, the country has not been explored anywhere near as much as other like-sized countries,” he said. “And it’s mining friendly. Mining has been an integral part of the economy for many years.”

“The principal advantage is the quality of the ground,” he said. “There is a perception that it is a difficult place to operate but there are processes you follow and while sometimes it’s not as cut and dried as you might see in another regulatory environment, you can still get things done.”

“The regulatory process for environmental approvals Is very similar to Australia,” Huffadine said.

Kingsrose chairman John Morris said there were decided advantages in exploring and mining in Indonesia.

“If you look at this style of deposit and our style of mining now using the local people to advantage and maintaining grade and keeping down the our dilution, it would be difficult to do it in Australia,” he pointed out.

“Anything we wanted to do in Kalgoorlie we could do in there (Sumatra).”

Smakman says there is some give and take when comparing Brazil with Australia.

“For Brazil it is the opportunity to explore areas which have great prospectivity with exploration costs cheaper and preparation for the field is often a lot easier with small towns (cities) scattered around the country,” he explained.

On red tape for licences and permits he admitted the process was not as transparent as the Australian system.

One of the major sticking points with mining at all levels in Australia has been the explosion in labour costs, a fact that is driving some smaller explorers to the wall.

Smakman said Brazilian labour costs at the top level were comparable to Australia although at lower levels (e.g. labourers) there were savings of up to 60%.

Connelly said that labour costs in Mali were less expensive than Australia, although expats were the same.

“Productivity is not very high and infrastructure is one of the negatives as you have to develop your own infrastructure, but it has a very open land tenure process.”

In many cases junior explorers are finding many international jurisdictions are mining friendly while nervous investors worry about sovereign risk.

Morris said that despite a great deal of Indonesian rhetoric over the past five years nothing had changed.

Smakman said that the Brazilian government had been considering a review of the mining code for some years as well as talk of nationalising assets, but in his opinion it was unlikely to happen. He believed the disadvantage of operating in Brazil was the bureaucracy.

“At times it feels like it is deliberately confusing – designed to take longer and cost more,” he added. 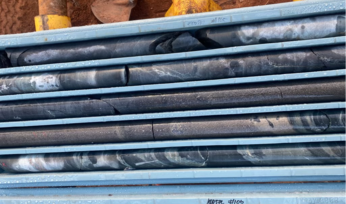 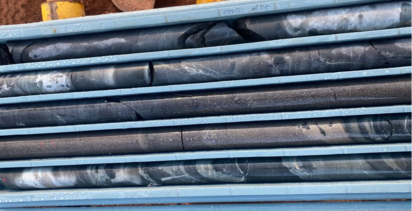 Karonie makes the grade for Alchemy