RIO Tinto has officially opened its US$338 million Silvergrass iron ore mine, its 16th Pilbara operation. The 10 million tonne per annum mine, adjacent to the Nammuldi mine, was approved last year in order to maintain the quality of the Pilbara blend product.

It will be fully commissioned later this year.

“Silvergrass is a great example of our value-over-volume approach in action as the mine will deliver the high-quality, low-cost ore used to maintain the world-class premium Pilbara Blend product our customers love so much,” Rio Tinto chief executive J-S Jacques said.

“Silvergrass is a further demonstration of our long-standing commitment to the Pilbara region in Western Australia where we’ve invested more than $20 billion over the past decade.”

"Western Australia's leading iron ore sector produced 38% of the world's iron ore last year, and plays a vital ongoing role in the state's economy through jobs and royalties,” he said.

"The Silvergrass mine is the latest in a series of new mine developments by a number of major companies, which show that confidence in the state's sector remains high.”

McGowan also congratulated Rio on its commitment to local procurement.

“Dozens of local businesses have benefitted from the purchase of major items including modular buildings, gantry cranes and a waste water treatment plant.”

Rio also held a celebration in Perth this week to mark the 30-year anniversary of its 60:40 Channar joint venture with Sinosteel Corporation.

McGowan was in attendance, along with Sinosteel president Liu Andong and former Australian Prime Minister Bob Hawke, who was present at the original signing ceremony in 1987.

“The strong partnership we have forged with Sinosteel over the past 30 years is one of Australia’s most significant trading relationships,” Salisbury said. 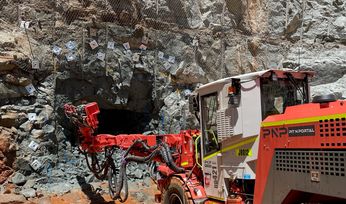 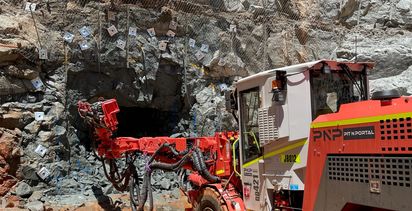