IF a company were to list, make a massive greenfields gold discovery, and deliver a resource and scoping study within three years it would be suitably lauded by the markets, but while Australian investors know and understand the yellow metal, but are less confident in the potash and potassium space. 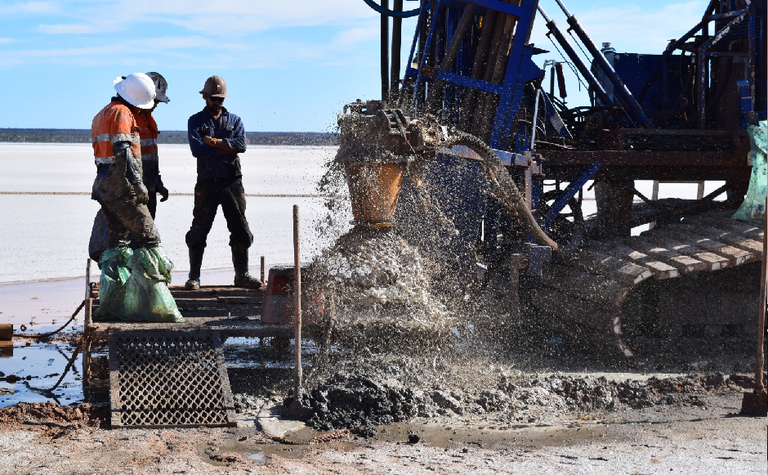 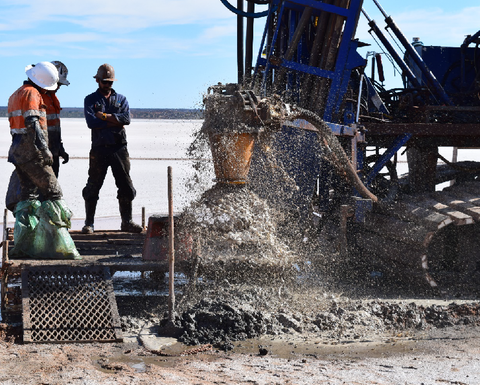 Trigg has its eyes on a vital agricultural prize

The key agricultural inputs, which are probably to be found in your own garden shed, may not feel like they sit within the mining space - though the production process isn't worlds away from lithium brine extraction, which is loved by resource investors.
That's probably why Trigg Mining has flown a little under the radar with its Lake Throssell brine discovery in Western Australia's Laverton region.
The market perception is not helped by the high-profile commissioning issues faced by pioneers Salt Lake Potash and Kalium Lakes.
However, if you run the numbers right now, Trigg is sitting on the equivalent of some nine million ounces of gold, and it has spent just A$3 million to define it - around 35c/oz in discovery costs, well below the gold industry average of around $60/oz, and well below some of the best claimed in the Australian gold space of $15-20/oz.
If the 14.4 million tonne grading 4665 milligrams per litre Lake Throssell deposit were extracted and sold today, using the current price for sulphate of potash of US$1100/t, it would generate sales of $15.8 billion.
To generate the same revenue, using a gold price of $1840/oz, you'd need 8.6Moz of gold.
Trigg founder and managing director Keren Paterson told MNN she was immensely proud of all the work that the junior has achieved so far as it looks towards making the leap from pure explorer to producer.
"This is an incredible discovery, and we've only just begun the story," she said.
After a failed attempt to list in 2018, when it was suggested Trigg was too late to enjoy the potash boom, the explorer made its debut in 2019 and commenced its maiden drilling at Lake Rason.
It was immediately successful, intersecting promising brines, but at the same time it was also negotiating access for Lake Throssell with the Ngaanyatjarra native title owners.
The area had never been explored before, but the salt lake looked extremely promising.
Once access was granted, and heritage clearances were done, Paterson said Trigg was able to get and complete hand auger sampling of the surficial sediments.
The high-grade results were incredibly encouraging but, as Paterson recalls, "it was Christmas, and nobody really noticed".
Since mid-2021 it completed RAB and aircore to test to about 6m depth.
Combined with the gravity data it became clear that Lake Throssell was one of the highest-grade SOP projects in Australia.
The company delivered inferred and indicated resources, and a scoping study within 18 months.
That's when Paterson said it became clear that Lake Throssell could be a potential top-tier production opportunity as one of the largest developments in the world.
There's still 60% of the lake to test, and even more exciting is Lake Yeo, which is even larger and sits within the same paleochannel.
The immediate plan is to move the Lake Throssell towards development.
Paterson said her goal, when she started thinking about Trigg as an unemployed mining engineer in 2014, was always to develop a mining operation.
"I was reflecting on why I entered the mining industry, and I realised I wanted to build projects that I could be proud of," she said.
She didn't set about looking for potash but was introduced to the vendors of Trigg's original tenements, and undertook a crash course to study about brines, evaporation, and the fertiliser industry.
Success has followed, and Lake Throssell has been the focus since May 2021.
"We have something that's very long, and very skinny, so it is excellent for infrastructure," she said.
"As an engineer, it's an exciting discovery.
"And we can learn from those who have gone before."
A prefeasibility study is underway.
Trigg is keen to commence construction by the middle of the decade, with plans to produce 245,000tpa potash over 21 years, and potentially by-products such as magnesium.
The project, which is expected to cost A$412 million to develop, has estimated all-in sustaining costs of just $372/t. The scoping study used a US$550/t price, however the commodity has been trading at twice that in recent times due to production issues in Ukraine and China.
Around half the lake remains undrilled, and there is still Lake Yeo to provide upside.
Australia imports all its potash fertilisers, and Paterson says there's a ready domestic market.
"We are asking our arable land to do more, and we need fertilisers. There's no question of demand."
Trigg Mining is a nominee for Explorer of the Year in the 2022 MNN Awards. 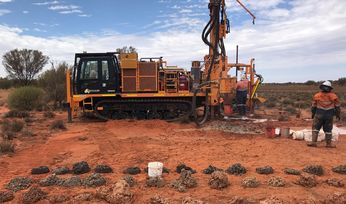 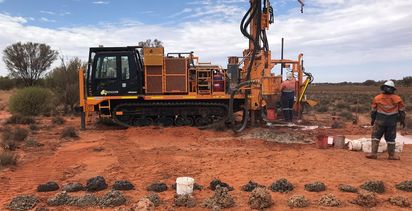