VERY rarely does an early stage exploration project move the dial for a global major. 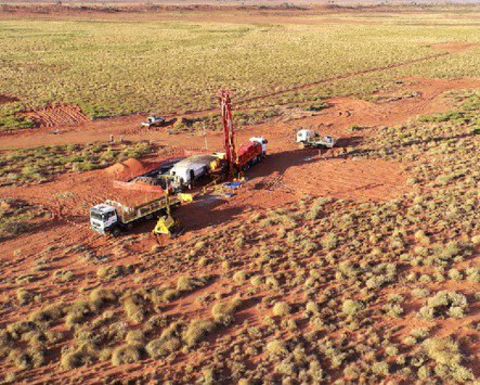 Newcrest actually once held the project, drilling six holes in the 1990s, with all hitting gold and copper anomalism with peak grades of 15.4 grams per tonne gold and 2.5% copper.

AIM-listed, Australia-focused Greatland Gold bought the project in 2016 from Pacific Trends Resources for $250,000 up front (mostly in shares), with $500,000 worth of shares due on a decision to mine.

The company was a relatively early mover in a province that would later become extremely popular in light of Rio Tinto's activity at Winu.

The Havieron project is centred on a deep magnetic anomaly overlain by more than 420m of post-mineral Permian cover.

As soon as Newcrest read about Greatland's early results, the company's general manager exporation Fraser MacCorquodale was on the phone to Greatland management.

Newcrest's Telfer mine is the only significant infrastructure in the area, with up to 25 million tonnes per annum of milling capacity, an airstrip, camp and gas pipeline, but the existing operation is approaching the end of its life.

In March 2019, Newcrest and Greatland announced a US$65 million farm-in over Havieron, which could give Newcrest up to 70%.

It has the right to acquire an additional 5% at the end of the six-year farm-in period.

Given Havieron is just 45km to the east of Telfer, the deal included the potential for Havieron ore to be treated at Telfer.

In May, Newcrest kicked off a 10,000m drilling campaign at Havieron as part of its commitment to spend at least $5 million in the first 12 months.

The discovery gained more attention when Newcrest CEO Sandeep Biswas made Havieron a key part of his presentation to the Denver Gold Forum in September 2019.

It prompted the company to allocate an additional $25 million to FY20 exploration guidance, with the aim of defining a maiden resource for Havieron by the end of the 2020 calendar year.

"Havieron is on the fast-track - there's no doubt about that," Biswas said in February.

Even before a resource, Newcrest started talking development, saying it was looking into long-hole open stoping and bulk mining options.

It plans to start building a decline by the end of the year, with first production envisaged 2-3 years later.

Newcrest completed the first two stages of the farm-in early by spending $20 million and earning 40%.

It has now moved to stage three, where it has two years to spend a further $25 million to get to 60%.

The partners also recently started the process of applying for a mining lease.

In the meantime, Havieron continues to deliver grades more than 10 times those seen at Telfer.

In May, it became clearer the market was excited by the project when it became the focus of investor questions following Biswas' presentation to the Bank of America 2020 Global Metals, Mining and Steel Conference.

Despite Newcrest raising A$1 billion days earlier for a deal in Ecuador, most of the interest was around Havieron.

"It will come with much higher margins and lower costs, so there's a real fundamental economic equation there, which, I think, when we do the PFS and confirm it all will look pretty good," he said.

"The first stage, ideally, would be a high-grade selective stoping operation and, it's hard to say, I hope it's 1 million tonnes.

"If you think of 1-2 million tonnes at the grades we're seeing, that's quite a bit of ounces in a small amount of material.

"We're excited about it for a reason."

The crescent zone is surrounded by breccia hosted mineralisation predominantly in the footwall which has a footprint of 550m in length and widths in excess of 100m.

Newcrest has nine rigs in operation at Havieron.

"Results are increasing the likelihood it will be mined, which could change the economics of Telfer," UBS analyst Daniel Morgan said on Friday.

"We think this potential is also not well understood by the market and not priced in.

"We expect this to change over the next 12 months when 1) a maiden resource is declared at Havieron in 2020H2, and 2) a decision is made to invest in an exploration decline by March 2021."

Morgan said last month that Havieron could transform Telfer to a tier two asset - defined as a plus-200,000 ounce per annum producer at all-in sustaining costs of less than $900/oz - by the 2024 financial year.

Citi most recently valued Newcrest's stake in Telfer/Havieron at US$850 million to $1 billion, or an incremental net asset value to Telfer of about $480-630 million, based on Newcrest reaching 70% of Havieron.

"With a plus-4.9gpt gold equivalent zone at a tonnage of circa 13Mt (CitiE), Havieron has the potential to add 7-10yrs of circa 300,000ozpa mine life to struggling Telfer," Citi said.

"On spot gold/cu/FX the incremental NAV lifts to circa $660-800 million. On its own Havieron could scrape in at a tier two asset but that's only until the plus-5.4gpt gold equivalent inventory is depleted."

Newcrest Mining and Greatland Gold are nominated for Explorer of the Year for the Havieron gold-copper discovery in Western Australia. 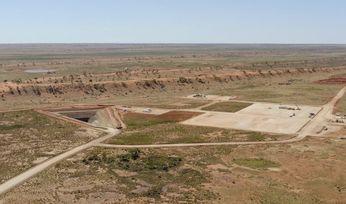 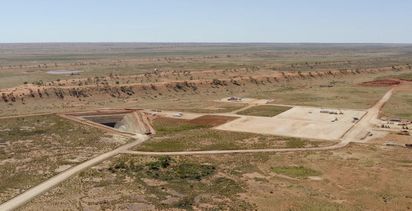