STUNNING resource growth at the King of the Hills project to 3.1 million ounces makes 100%-owner Red 5 an obvious nomination for MNN’s Explorer of the Year Award. 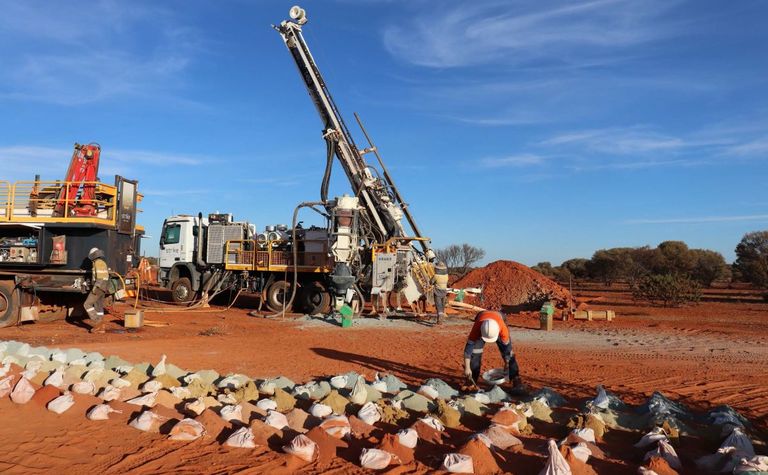 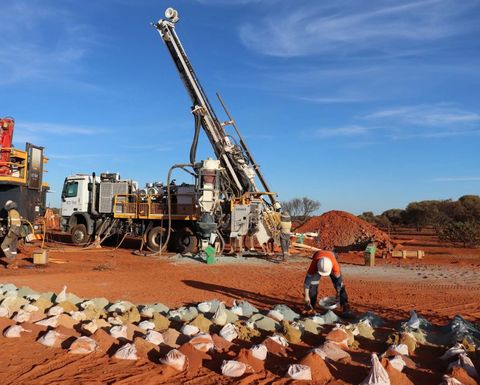 Red 5 acquired King of the Hills (KOTH), sitting on a rich trend of deposits between Leonora and Leinster, in a A$16 million cash and scrip deal with Saracen Minerals in October 2017. It was originally mined as an open pit between 1985 and 2004, producing a total of 1.65Moz in a much lower gold price environment.

The KOTH deal was signed on the same day as the $18.5 million acquisition of the nearby operating Darlot mine from Gold Fields, which now processes combined ore feed from underground mining at the Darlot and KOTH mines.

Darlot accounts for more than half of production, but it has been the exploration and growth story at KOTH that has really captured the market's attention.

Initial drilling by Red 5 combined with extensive historical results boosted the KOTH resource to 1.8Moz (28.7 million tonnes at 2.0 grams per tonne) by December 2018, with a further upgrade in May 2019 to 3.1Moz (66Mt at 1.5gpt). The latest figure does not include any of the exceptional drill results reported since mid-February. KOTH now ranks well inside the top 20 of Australian gold projects in terms of resource.

Red 5 managing director, Mark Williams, said the key to success was a new understanding of the geology and the mineralisation, led by the company's chief geologist, Byron Dumpleton.

"The deposit is centred on the eastern contact of the Tarmoola granodiorite, one of the largest intrusions in WA. Until recently, we worked the deposit like the previous owners, selectively mining high-grade veins," Williams said.

"The crucial discovery by Red 5 is the presence of a very fine network of micro-veins at right angles to the eastern margin of the intrusion. These veins are an unusual feature that reflect the unique setting of the deposit. The intrusion is wedged tightly between two regional-scale faults. Fault movement put huge stress on the earlier intrusion and created countless tension fractures in a broad ‘damage zone' at the contact with country rocks. These subsequently filled with gold-rich quartz when a later phase of fluids passed through."

Williams said each micro-vein on its own was inconsequential, but when the veins mass together, the mineralisation strengthens significantly.

"When we started drilling the contact from underground in August and September last year, we realised that, if we drilled at a right angle to the tension veins, we were able to delineate broad zones of much stronger mineralisation within the so-called damage zone.

"This led us to be able to step back and take a different approach. Instead of doing the selective mining only, we are also able to undertake bulk mining of the micro-veins," Williams said.

He points out this approach is not new. "Back in the 1980s when King of the Hills was an open pit, they mined average grades of 1.8gpt gold. The difference is that we now believe we understand why they achieved that grade and the control on the distribution of the gold, at least on the eastern contact margin where we have focused our drilling."

Williams said the most exciting aspect of the new model for mineralisation is the implication for where else gold could be expected.

"We can already see great potential because the mineralisation is open in all directions and we have drilled only a proportion of the eastern contact. But the new model tells us there is potential along all the contacts of the Tarmoola granodiorite, which is 4km long and 2km wide and is at least 500m deep. The nose is an area of particular interest because it is potentially more damaged than the eastern contact. If that is the case and the gold-rich fluids passed through, then possibly our children will be still be mining it."

Recent drilling has also shown highly encouraging results from a number of satellite deposits. A review of historical drilling has also enabled Red 5 to publish JORC 2012 resource estimates for two regional deposits, Rainbow and Severn. These and other shallow oxide deposits are likely to form part of the broader development plan.

In the near-term, Red 5's focus is on maintaining a strong drilling program and the release next month of a maiden open pit reserve estimate and a prefeasibility study. The PFS is focused on an open pit operation with a stand-alone processing plant of between 2 and 4 million tonnes per annum at KOTH.

"It's already a big show, and we think it is only going to get bigger," Williams said.

Red 5 is nominated for Explorer of the Year in the 2019 MNN Awards for the King of the Hills project. 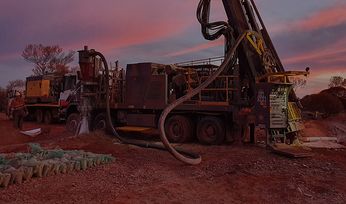 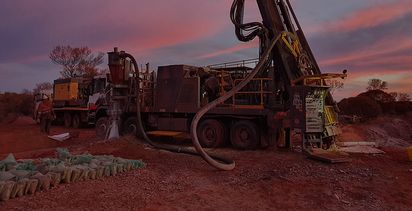