A REVIEW of Diggers & Dealers 2018 by MNN editor Kristie Batten. 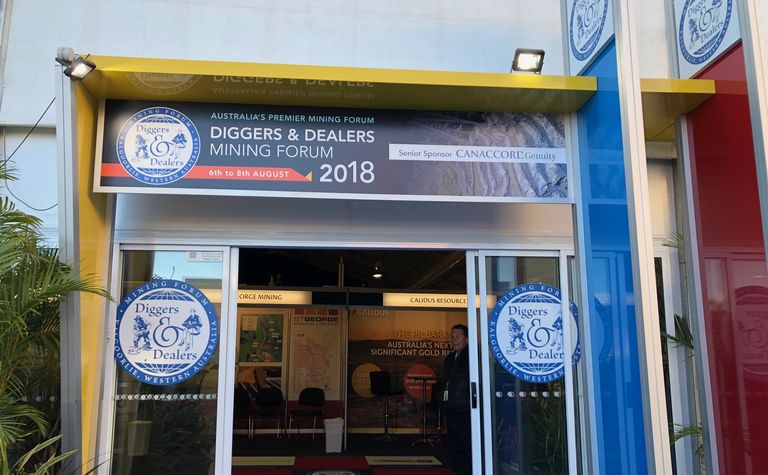 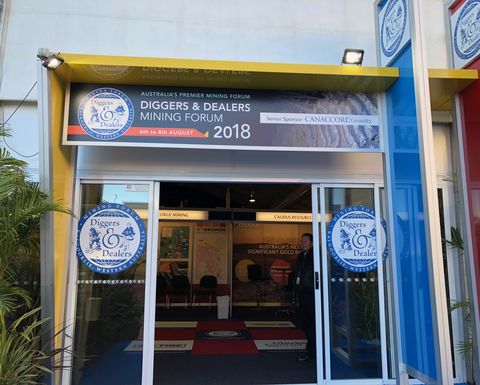 This year's activities again kicked off early, with Northern Star Resources hosting around 40 analysts and investors at its annual strategy day on the Saturday.

The day wrapped up with Perth wine expert Vince Salpietro leading a tasting of four world-class wines. Attendees were lucky enough to take home a bottle of Braincaia chianti from Tuscany.

Competing with "mines and wines" was a site visit to Independence Group's Nova nickel-copper mine, followed by a well-attended dinner back in Perth.

The mood felt more measured this year, despite increased numbers of around 2300 attendees.

This year's event was missing the euphoria of 2016, just after the bottom of the market earlier that year, and the strong enthusiasm of last year.

Comments about sentiment from attendees included "positive", "flat", "neutral" and "a false positive" with Donald Trump's trade war weighing on metals in recent months. There was almost universal agreement that the mood would have been better if the event was held a quarter earlier.

The increased crowds meant that foot traffic in the main marquee was good, though there was no one standout "buzz" story that attracted large crowds.

The second marquee worked better than a lot of people had expected. Bellevue Gold was in that tent and reported strong traffic and interest.

There are few Diggers in memory with more social and networking occasions than this year.

There was an increasing number of events away from the conference, with Investor Insight showcasing five juniors not on the program on Monday, while a number of companies held lunches.

Tuesday night saw the WIMWA/WASM event at capacity, while the Argonaut event was also packed.

While there are skimpy barmaids working behind the bars in Kalgoorlie 365 nights of the year, it became a hot topic this year in particular.

It came after a media story about EY moving its function away from a pub ran on the weekend before the conference.

As Diggers organisers quite rightly point out, there is no affiliation between the conference and skimpies, but that didn't stop some from being concerned about perception while out on the town.

Northern Star Resources urged its attending delegation to steer clear of pubs with skimpies. That move generated both applause and criticism, but no matter what you're view on it, the issue isn't going to go away.

Fortescue Metals Group CEO Elizabeth Gaines brushed off the issue when asked about it.

"I think what other companies do and where they hold their events is a matter for them," she said.

With so many companies and additional exhibitors this year, miners are being forced to be more creative to stand out from the crowd.

Western Areas traditionally gives out its spotted quoll stuffed toys each year but decided to make people work for one this year.

The company had a "spin to win" wheel that included prizes like quolls, free Mentos and even a Nickelback CD.

POZ Minerals chairman Jim Richards was walking around the tent with A$120,000 of diamonds in his pocket seeking to raise a modest amount of equity.

On the flipside, there was apparently a guy walking around with a shirt emblazoned with the message "Raise equity now. Ask me how".

Keynote presenter Jose Manuel Barroso was a huge hit, with his humorous delivery of serious material proving a winner.

It is understood he had the CEOs of some of Australia's biggest miners eating out of his hand at a lunch following his presentation.

Aside from the usual topics of production and exploration, common themes throughout presentations were M&A, the attraction of young people into the mining sector, and technology.

The stage featured first-time presentations from service companies Ausdrill and NRW Holdings (which were also part of a showcase investor lunch of METS sector companies), while Newcrest Mining returned for the first time in eight years, declaring itself open for business with juniors.

Following a technology-themed presentation, Barry Fitzgerald refused to talk to the media throng, arguing that Roy Hill Holdings was a private company.

"In my view, the big decline in the number of enrolments in mining engineering, metallurgy, geology and surveying is the biggest problem the industry will face in future years." Diggers & Dealers chairman Nick Giorgetta on the skills "crisis" facing mining.

"Which way it goes we don't know but we're about to find out. We are swamping this with drill rigs as we speak." MOD Resources managing director Julian Hanna on the company's new discovery.

"I've been asked what we're going to do with the money - I say I'm going to throw it on the ground and roll around in it but that hasn't happened yet." St Barbara managing director Bob Vassie on the company's substantial cash balance.

"What happens when it's a seedless watermelon? The gold will stop growing." Westgold Resources boss Peter Cook on the Pilbara's watermelon seed-shaped nuggets.

"We're never going to be a 100% technology company, but the mining industry at the moment is, I believe, embracing technology like it's never done before. It's a topic of conversation among all the CEOs of the top listed companies." Ausdrill chief operating officer Andrew Broad.

"When things are at their darkest for the sector is when you should be growing and when everything seems too good to be true, then maybe it's time to sell assets." Evolution executive chairman Jake Klein.

Later this week: our photo gallery from the event, plus what the key takeaways were for investors. 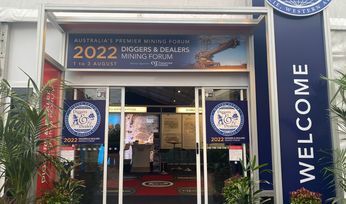 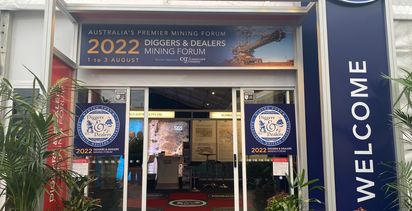