NEWCREST Mining CEO Sandeep Biswas says he is proud of the way the resources sector has dealt with the COVID-19 pandemic. 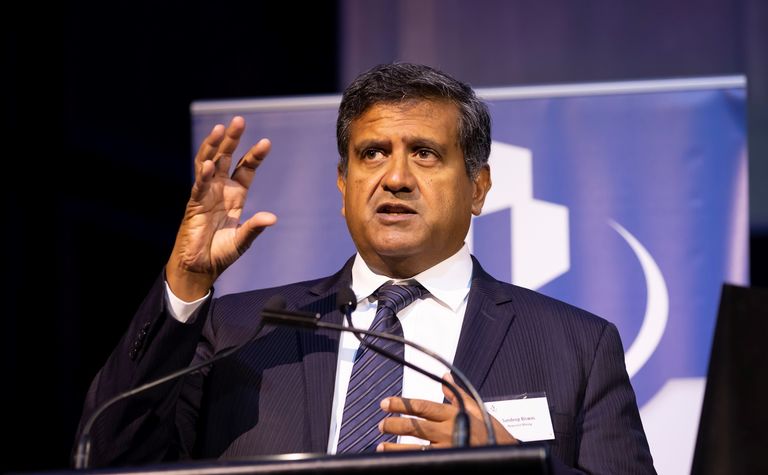 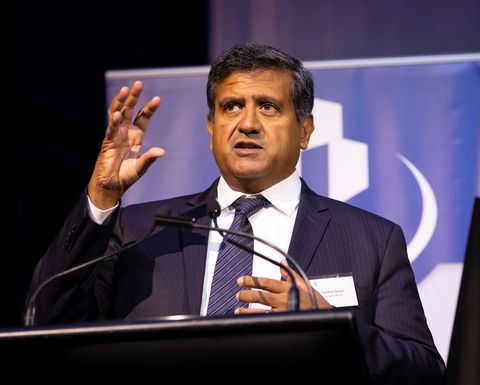 Biswas addressed the Melbourne Mining Club yesterday in a speech that largely focused on environmental, social and governance (ESG), with the pandemic giving the industry a chance to step up and show off its credentials.

"Health and safety are hardwired into our industry's DNA, which is why we mobilised so quickly to protect our people and communities and maintain safe operations," he said.

Newcrest introduced thermal testing, stringent hygiene practices, social distancing and other preventative measures at its operations, well before the virus took hold, and in February 2020, was the first mining company to begin health screening for its fly-in, fly-out workforce at Perth Airport.

"Many thought we were being a tad dramatic. But our FIFO sites are like cruise liners - isolated sites with communal facilities where it would only take one person with the virus to potentially initiate an outbreak," Biswas said.

"I think as an industry we have done an amazing job, through the hard work and diligence of many, and there's no doubt that our collective efforts have kept our economy strong."

Biswas said as the focus shifted to recovery, there were growing calls for society to ‘build back better' and in a more sustainable way.

"Our industry has a big role to play. Our products are essential to recovery and to building a better world and a better future," he said.

"There are many challenges. However, there are also many opportunities. With our capacity to innovate and get things done, we can look to the future with confidence."

Newcrest has long touted its technological capabilities and said innovation and digital transformation would become even more important as the world moved towards a zero carbon future.

"Given our experience with identifying and applying innovative technologies, Newcrest - and the mining industry more broadly - has the potential to be at the forefront of meeting the challenges of climate change and water stewardship," Biswas said.

"If we bring in the technology advancements in electric vehicles, battery storage and other technologies, we can see a way to bring on-site emissions to zero or close to it."

On the social front, Biswas said strong community relations would give companies strategic advantages and a culture of inclusion would lead to true diversity.

"In the last few months alone, we have all seen issues around sexual harassment, abuse and consent spill out from our parliament, our schools and some workplaces," he said.

"This is appalling - and is a transgression of a basic human right. The onus is on us as employers to lead the way to make sure all our people regardless of gender, sexual persuasion and cultural origin are safe, feel supported and valued, and can speak up."

He said Newcrest had chosen to start early mining activity at both because the company was "extremely confident" they would both become mines.

"So far, from what we've seen, we've got our thesis right," Biswas said.

He said the high-grade pods that have been discovered could be developed first via stoping to bring forward some cashflow while the block cave was being developed.

Biswas expects Red Chris to become a Cadia-style province and be operating for decades to come.

At Havieron, 45km from the Telfer operation, decline development is underway.

"Almost every drill hole we put in, they're all mineralised," Biswas said.

"You've got the high-grade crescent zone … but the surrounding breccia material is starting to show continuity.

"That means we can start off a higher grade mining operation with lower tonnes and potentially later on, subject to future drilling, move towards the more bulk style of mining that are well and truly in Newcrest's technical wheelhouse."

Both projects will produce substantial copper, which Biswas said was great given its importance in decarbonisation.

"I think being a gold company with a meaningful exposure to copper makes us more resilient and profitable in the longer term," he said.

He does not see cryptocurrencies as a replacement for gold.

"To me cryptocurrencies are just that, currencies. They do not replace the much broader set of attributes which gold has."

"I'm not an investment adviser, but what I'd advise people is make sure your life doesn't depend on your cryptocurrency investment," Biswas said.

"Spread your risk, essentially, which is not revolutionary advice."

Newcrest shares closed at a six-month high of A$28.64 yesterday, valuing the miner at $23.4 billion.

The reporter is a volunteer member of the Melbourne Mining Club steering committee. 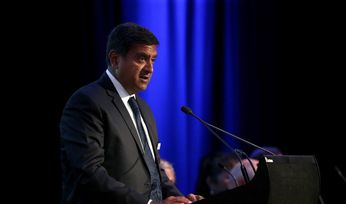 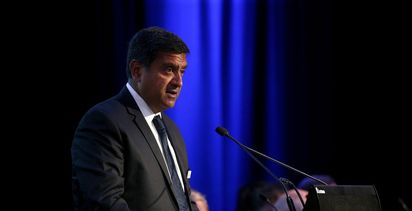 Hambro calls on gold miners to be more courageous