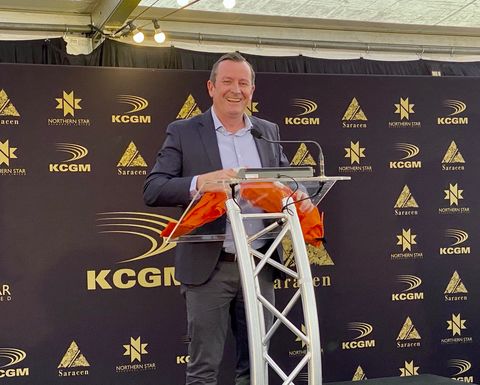 McGowan made the announcement at a sundowner overlooking the pit on the eve of the Diggers & Dealers Mining Forum.

"[KCGM has] received EPA approval for the cutback of Fimiston South, which will provide 700 jobs and a longer term continuation of the Super Pit, which is terrific for Kalgoorlie," McGowan said.

McGowan, who was presented with a KCGM shirt, joked that he had a future career as a miner if politics didn't work out.

The A$600 million project will represent the single largest cutback at the Fimiston pit in more than a decade.

"It underwrites the operation and the town for 15 years," he said.

Saracen Mineral Holdings managing director Raleigh Finlayson said it was once his dream to be the mine manager of the Super Pit.

From early next year, he will lead the first company to own 100% of the asset following news last week of a $17 billion merger between Northern Star and Saracen.

McGowan said the merger was significant and showed a great vote of confidence for WA.

He suggested the rise of two boys from the Goldfields - Finlayson and Beament - would make a great movie.

The night's emcee, former leader of the WA Nationals Brendon Grylls, likened the event to an engagement party and joked the happy couple of Beament and Finlayson looked "radiant". 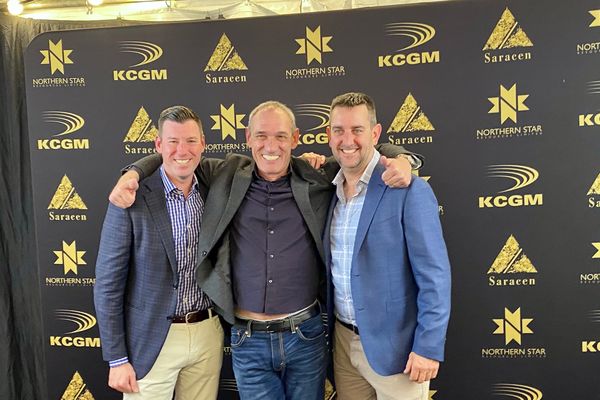 Local councillor Linden Brownley delivered the Welcome to Country on behalf of the Wongutha people.

He told a Dreamtime story about a fight between a dingo and an emu. The dingo won the fight, but legend has it the fat of the emu resulted in the 65 million ounce gold endowment of Kalgoorlie's Golden Mile.

Finlayson joked Saracen would have been the dingo.

Attendees were also given a sneak peek of the new Australian film, The Furnace, which was partly bankrolled by Beament.

McGowan was applauded for his handling of the COVID-19 pandemic and it was noted that the week's events in Kalgoorlie would not be able to occur in many other places around the world.

Diggers kicks off this morning with an expected 1850 delegates in attendance, all from within WA.

On Location with Saracen and Northern Star at KCGM's Super Pit 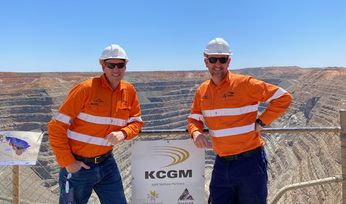 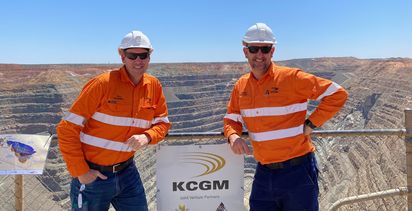