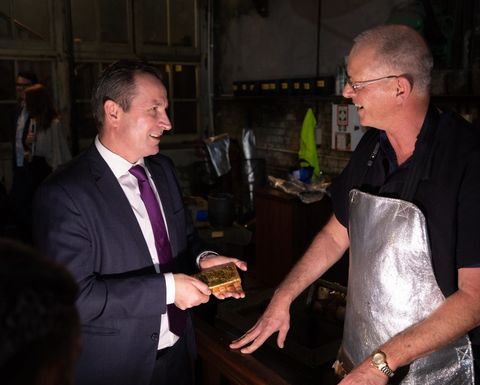 Oxford University professor Ian Goldin was announced as this year's keynote in February, but the COVID-19 pandemic means he can no longer make it to Australia.

McGowan will address delegates on the first day of the Kalgoorlie event on October 12.

Approval ratings for the premier have shot to as high as 89% due to his handling of the pandemic.

His government's stance includes WA's controversial hard border, which will likely prevent delegates from outside the state attending Diggers this year.

"A special exemption granted to the resources sector during COVID-19 restrictions allowed mining operations to continue to generate much-needed employment and revenue for the Australian and Western Australian economies," he said.

"It is fitting that the resources industry welcomes the premier to Kalgoorlie to discuss his government's response to the pandemic and his views on the future of the Western Australian mining industry."

Diggers has typically been apolitical, though a keynote from former Australian prime minister John Howard last year proved to be a huge hit.

It is the first time Diggers keynote presentation will be delivered by a sitting politician.

McGowan's morning keynote will be followed by 53 company presentations over three days.

Diggers should have been held this week but was pushed back due to COVID-19. It will now be held October 12-14 at the Goldfields Arts Centre.

Anvil heads to the Philippines

Mackenzie happy to be predictable 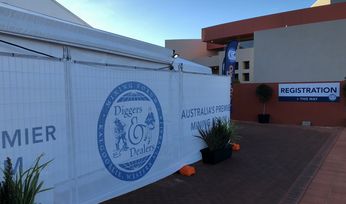 Anvil heads to the Philippines

Mackenzie happy to be predictable