AUSTRALIA is slowly moving back to face-to-face contact but uncertainty remains over conferences and networking events in the short-term due to the ongoing threat of COVID-19. 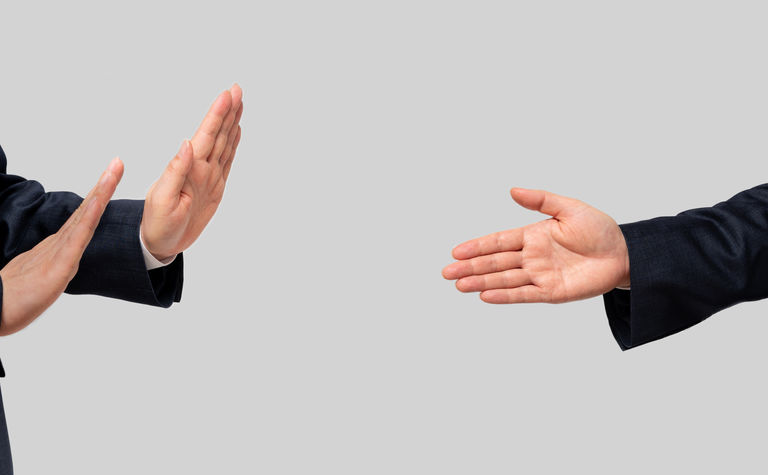 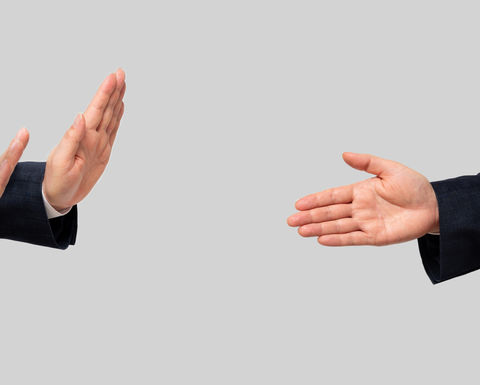 Handshakes are out, for now. Image: iStock/Jae Young Ju

Conferences have been in limbo since mid-March when the Australian government first announced travel restrictions and a 500-person cap on gatherings, which was later reduced further to as little as two people in some states.

Those rules forced the cancellation or postponement of all conferences until at least September, while many have gone virtual.

The European Gold Forum, which was due to be held in Zurich in April, was replaced by the virtual World Gold Forum, while last month's Bank of America 2020 Global Metals, Mining and Steel Conference was held online.

"We wonder if this will be the new normal for all conferences?" BofA analyst Sophie Spartalis said.

However, the feeling is that people are restless to get back out and connect face-to-face, and many event and conference organisers are reporting strong demand for networking in a physical setting.

While gathering restrictions are starting to ease, there are still limitations that would make it difficult to hold a conference.

However, with active cases and levels of community transmission declining in Australia, the event industry got some encouragement on Friday after the latest meeting of the National Cabinet.

Under the third step of Australia's phased recovery plan, the 100-person limit on non-essential indoor gatherings has been removed and replaced with a one person per 4sq.m rule.

Outdoor venues with seated capacity of up to 40,000 will be allowed to host up to 10,000 people, provided COVID-safe protocols are implemented.

While National Cabinet was clear that typically non-seated venues like nightclubs and "high risk outdoor events" without ticketed seating, such as music festivals, are still out of the questions, both will be considered following further advice from medical experts.

While conferences are not "seated only" events, the registration requirement means that contact tracing can be conducted in the event of an outbreak.

However, social distancing and the 4sq.m rule would be impossible.

"If development of a vaccine takes longer than expected, and societies and governments become fatigued with social distancing measures, it might be that decisions are taken to return to ‘normal' prior to a vaccine being rolled out, however this could come at significant costs in terms of illness and mortality," he said.

While all fly-in, fly-out workers are being tested for COVID-19 prior to boarding flights, could the same be done for conference attendees?

"I doubt this would be feasible for a large-scale, short-term event," Clements said.

"It might work for smaller events where there is sufficient time available for people to be tested prior to congregating."

Despite the uncertainty, the events calendar is filling up quickly for the December quarter.

The first cab off the ranks could be the one-day Australian Nickel Conference in Perth on October 6, which is unaffected by travel restrictions given all of its presenters are based in Western Australia.

The Diggers & Dealers Mining Forum was already pushed back by about 10 weeks and organisers are still planning for a physical event in Kalgoorlie from October 12-14 in consultation with stakeholders.

"We are very encouraged with the progress being made along WA's four-phase roadmap that has been devised to get Western Australians back to work safely and begin the process of restarting the state's economy," Diggers chairman Jim Walker said.

"The announcement of the Phase 4 easing of restrictions in the near future will allow us to accurately assess the situation and to hopefully begin our detailed event planning."

Organisers have still reported strong demand with all 53 presenter slots filled and the 154 booths across two marquees booked.

"The mining industry is in excellent health and we are hopeful that the Western Australian community will continue to see very low COVID-19 case numbers, which will allow further lifting of restrictions beyond Phase 4 over the coming months," Walker said.

"Diggers and Dealers provides a unique opportunity for the mining and investment community to assess mining projects, discuss mergers and acquisitions, raise capital and reconnect with industry participants over three days of corporate presentations and networking.

"The influx of people to Kalgoorlie-Boulder also provides a much-needed boost to the local economy, particularly the businesses which are reliant on large annual events being held in the region."

Organisers said they would give ample notice if the event could not go ahead and refunds would be issued.

Africa Down Under has been postponed from September to November 4-6, though the event usually features a large contingent of international visitors.

"In anticipation of ongoing public health measures in Western Australia and across the world, we are building exciting new virtual and remote innovations to run alongside ADU to ensure all members of our community can access the forum, regardless of international travel restrictions," organisers Paydirt Media said.

Resources Rising Stars has been rescheduled to November 10-11 on the Gold Coast, while the Noosa Mining and Exploration Conference will be held straight after on November 12-13.

Aspermont's Future of Mining and Mining Journal Select events will be held in Sydney on November 30-December 1, while Informa's Minerals Investment Week will be held in Perth on December 1-2. Both events were originally meant to be held in March.

Aside from restrictions on gatherings, the other major barrier to events is travel restrictions, particularly WA's ‘hard border'.

Queensland, South Australia and the Northern Territory are set to open their borders next month, but there's still no word from WA premier Mark McGowan, who has previously indicated the state's border would likely remain closed until at least the end of July.

Then there are those companies that may still have their own travel bans in place, regardless of the travel situation in Australia. For example, JP Morgan banned global non-essential travel in late February, and many major miners followed in March, well ahead of any government directives.

There are also personal factors, such as those with underlying health conditions.

A survey of 1000 Australian households conducted in late May by the Australian Bureau of Statistics showed that 76% of respondents felt uncomfortable about attending large public events, while 66% would be uncomfortable to attend an indoor gathering of more than 100 people.

Given the level of change between March and today, there's still plenty of time for restrictions to ease further and attitudes to change between now and October.

FMG optimistic on iron ore for 2021