CASTILLO Copper shareholders have overwhelmingly backed the minnow’s emerging “three pillars” strategy with the completion of its purchase of four promising assets in Zambia’s copper belt and announcing plans to move ahead with a scoping study of its Cangai deposit in New South Wales.

A meeting yesterday saw almost 77 million shares voted in favour of issuing in favour of an issue of 31.2 million shares and some 90 million performance rights for 100% of the shares in Zed Copper.
Castillio's new managing director Simon Paull said the company had the right assets, but needs a cash to get work underway considering it had just A$323,000 in the kitty at the end of September.
Its quest to become a mid-tier copper producer led it to the UK, and it is advancing plans to a listing on the main board of the London Stock Exchange, with plans to file key admission documents later this month.
While it's facing issues like Brexit and yet another UK general election, causing market uncertainty, Paull said UK-based director Ged Hall had assured him the funding "is there".
"Our discussions started at £1.2 million, and we're confident of that, but they asked us if we wanted more, so we may go to £1.8 million," he said.
The LSE raising will likely be pitched around 1p, and will expose the company's assets to a deep European capital pool.
UK investors are particularly interested in Zambia, which "has its nose out in front" of Cangai in terms of being the most exciting, and around half the UK raising will be spent there.
Zambia is Africa's second largest copper producer, and reviews of the 1050sq.km vended in by Castillo consultant geologist Matt Bull and Zambian-born businesswoman and motivational speaker Nkandu Beltz have been promising.
There are large structural targets at Luanshya on trend with several large mines, possible strike extensions from nearby mining operation at Mkushi, while the Lumwana leases appear to contain several large dome targets similar to First Quantum Minerals' 224,000 tonne per annum Sentinel mine or the large Lumwana mine.
The Zambia projects Luanshya and Mkushi will be the initial focus of exploration, while a fifth project, Lusemfwa, was not pursued.
While Zambia's evidence potential is likely to be of most interest to European investors, Paull pledged the minnow's Australian assets would not be forgotten.
It views Cangai as offering near-term cash generation potential under an agreement with Noble Group to monetise historical smelter stockpiles, where grades are up to 2% copper, plus work to date suggests plenty of exploration upside.
Work at Cangai was wrong-footed late last year by a run-in with the NSW regulator, setting back Castillo's programs, but it has worked through its regulatory breaches and is keen to get back to work.
"It's not a poorer asset, but it is struggling to keep up with Zambia," Paull said.
"We're due to get the results from the work we did at Cangai last year at any time, it could be the next phone call, and that should galvanise our plans there."
While small scale, Cangai was one of Australia's highest-grading copper mines.
The work to support the scoping study requires upgrading the JORC inferred resource of 3.2 million tonnes at 3.35% copper, additional soil sampling, and planning drilling with downhole EM surveys to find and test new massive sulphide targets.
The company is also undertaking metallurgical work to determine if the massive sulphides intersected in previous drilling are typical of what was mined historically in the early 1900s; and to produce a saleable concentrate.
The company's final asset, Mount Oxide in Queensland, covers almost 740sq.km in the Mt Isa region.
Castillo has approvals in place to commence field work imminently over the Arya prospect, where a sizeable, potential massive sulphide conductor was identified using Geoscience Australia airborne aeromagnetic data.
"We'd love to get a rig out there, but it looks like the rains have come early, so we can't contemplate it until, maybe, February," Paull said.
A recent forensic review to support the LSE listing also defined a number of historical prospects: the 800m-long Boomerang, which has not been drilled since the 1970s; and the 600m-long Big One, a potential sedimentary copper deposit, last explored a decade ago.
Castillo shares have traded between 1.1c and 3.1c over the past year, and were trading at 1.8c this morning, valuing the company at $13 million. 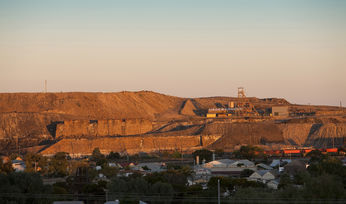 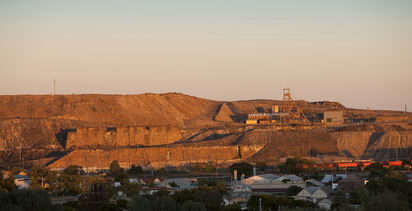