FORTESCUE Metals Group CEO Elizabeth Gaines has warned that Australia cannot be complacent when it comes to the strength of its trading relationship with China. Gaines has in the past said the eastern states of Australia needed to recognise both the contribution of Western Australia to the national economy and the importance of a strong relationship with China.

She emphasised both points in a speech to the Melbourne Mining Club yesterday.

Gaines said WA punched above its weight, accounting for 43% of Australia's exports, despite having only 10% of the population.

EY modelling commissioned by FMG found the iron ore sector contributed A$58.7 billion in gross value add to Australia in FY19, representing 32% of the total GVA of the resources industry.

"Remarkably, when you look at iron ore and exclude the rest of the resource sector, the iron ore industry contributes relatively more to the nation's economy than the entire accommodation and food services, and information, media and telecommunications sectors," Gaines said.

"At 3% of GDP, the iron ore sector directly contributes 68c to the economy per dollar of output, and the indirect contributions are also significant, with a further 17c per dollar flowing through strong linkages to other industries.

"In total, the indirect contribution of the sector equates to an additional $14.5 billion in GVA."

Gaines said business needed to influence policy debates with the most critical one being Australia's relationship with China.

"The reality is we simply can't ignore the importance of our trading relationship with China," she said.

"China produces a little over half of the world's steel with 928 million tonnes produced in 2018. While other markets are also well established, their volume is substantially less than China's."

Much has been said about a slowdown in China, particularly as the US-China trade war impacts are felt, but Gaines said growth in the country remained robust.

"China's growth is taking place in a global economy and this is a fact that we can't ignore," she said.

"We all operate globally whether as sellers or buyers and we all have options. Those who think that growth is going to slow or that China won't continue to look to develop broader markets for supply, would be at risk of underestimating some important factors."

On a trip to the US last month, Australian prime minister Scott Morrison said China was no longer a developing country and trade rules should reflect that.

"While still a developing country, China has the second fastest GDP growth rate among major economies and its journey of urbanisation and industrialisation is set to continue for decades to come," she said.

"China's commitment to its Belt and Road initiative is driving demand for steel throughout the region and finally, and perhaps most significantly, the Chinese government has a wide range of policy options at its disposal and has demonstrated its willingness to apply those levers to stimulate the economy through investment and infrastructure."

The company is also bidding for blocks 1 and 2 of the Simandou iron ore deposit in Guinea.

JP Morgan said Simandou could offer attractive investment returns should a low capex, trucking operation be pursued given its high grades and could also provide FMG with Pilbara blending opportunities.

"However, given where Guinea ranks vs Australia in terms of sovereign risk etc. we don't envisage that there will be widespread investor support for the project, if it was awarded to FMG," analyst Lyndon Fagon said.

"A large scale pursuit of Simandou could also change the FMG investment case for some investors based on ESG screens, along with development risks."

The reporter is a volunteer member of the Melbourne Mining Club steering committee. 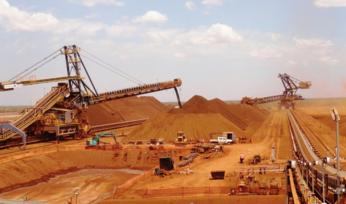 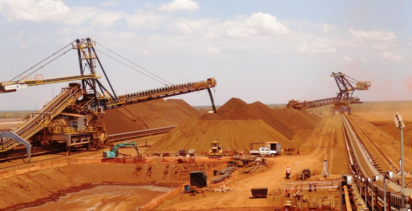 If a 'Forrest' in Guinea, BHP, Rio, Vale need sit up and take notice

Miners must not underestimate terror threat