ANTIPA Minerals believes it has a good chance of making a major discovery in Western Australia’s Paterson Province. 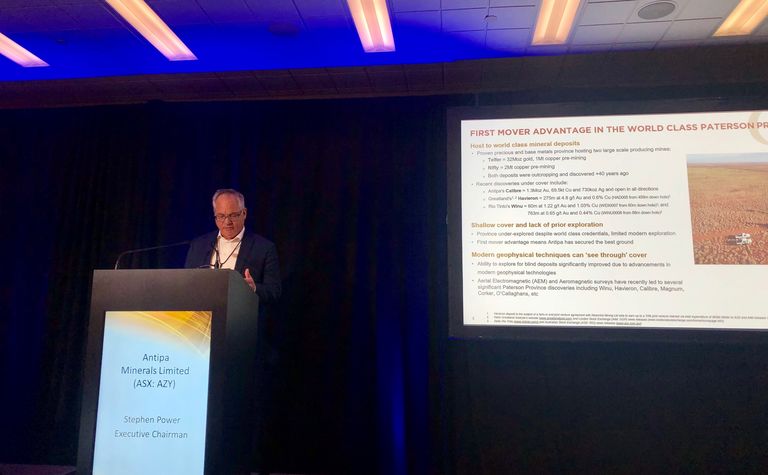 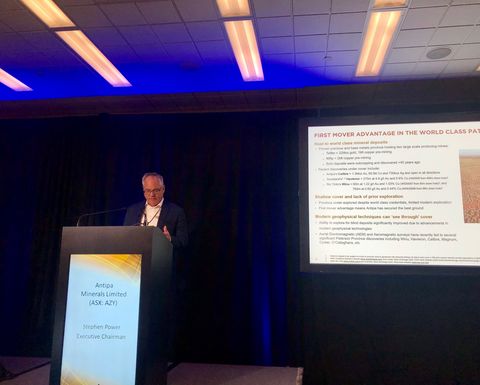 "What this province has is a huge potential to generate discoveries."

Rio Tinto is spending A$65 million on Antipa's Citadel project for up to 75%, including a current $2.3 million program.

Rio's Winu discovery, only 5km from Antipa's ground, and Newcrest Mining and Greatland Gold's Havieron find had led to heightened activity in the region.

"Rio's message is Winu will be a mine - it just depends if it's going to be a Rio mine or not," Power said.

While Rio won't be saying any more on Winu until the first quarter of next year, last week Newcrest reported a hit 43m at 7.9 grams per tonne gold and 0.83% copper from 900m at Havieron.

"It's an absolutely stunning intersection but obviously it's 400m under cover," Power said.

"The problem is it's a long way down - 2km in some cases.

"That cover is all-important."

Antipa's ground only has an average of 40m cover.

Aerial electromagnetics and aeromagnetic surveys have been completed over Antipa's 100%-owned ground with over 35 targets defined.

"They're filtering mechanisms capable of picking up all of the deposits in the region," Power said.

The work has defined Target #28, a 350m-wide copper-cobalt-zinc-gold-silver anomaly near surface, under 10-40m of cover and open in all directions.

A number of magnetic anomalies that look like Havieron have been defined in the southern region of the prospective El Paso corridor between Havieron and Antipa's Minyari deposit.

The resources are close to Newcrest's Telfer mine, which under the current plan, will run out of ore in 2022.

"We've got some 2 gram straight up the road which is encouraging and providing opportunities," Power said. 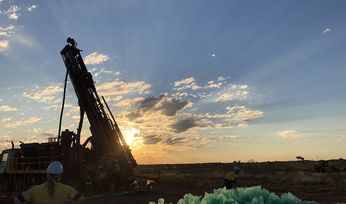 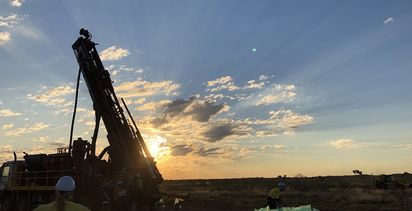