FOLLOWING Diggers & Dealers last week, MNN asked members of the investment community for their thoughts on this year’s event. 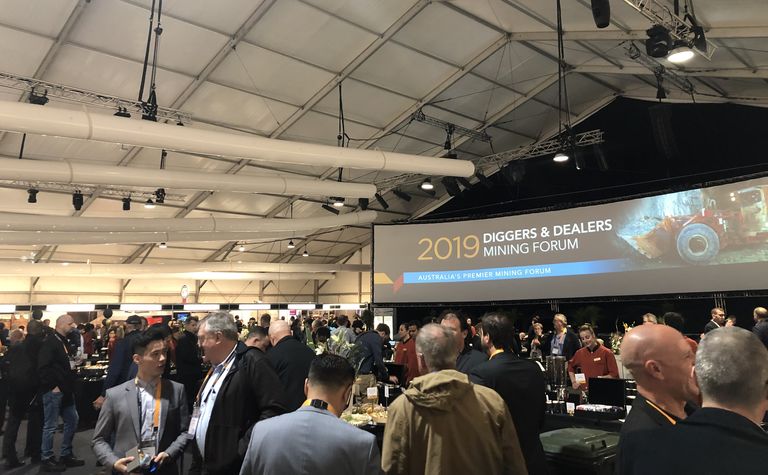 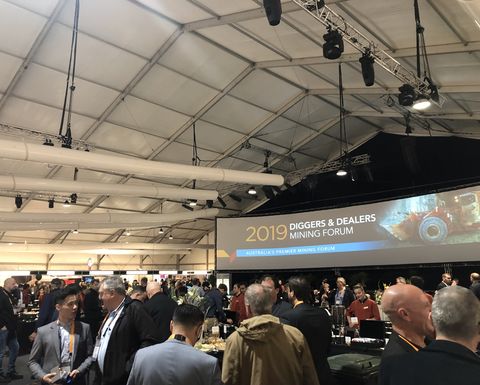 "It felt like the door is open for exploration companies to raise decent amounts capital, which is really exciting. There's a handful of these companies with great early-stage assets, that have had to run very measured exploration for the best part of a decade. Let's hope the financing flood gates open, and it sparks some genuine discoveries.

On balance, most felt the gold price would continue to increase, which coupled with generalists still being underweight the sector makes any gold stock easy to own. Had one client say ‘everyone was telling me NST was expensive last year at Diggers, and guess what, it doubled'... Could we see it at $25 next year? With another bump in gold price or a smart acquisition... it's possible." Tim McCormack, analyst, Canaccord Genuity

"Geez John Howard was looking great - hope I am so nimble when I am 80 years old. He would have to be the best D&D speaker since Niall Ferguson.

The mood was the most upbeat I have seen it since probably 2007. There have been some ‘up there' years since (2010/11, 2017) but were in each case tempered by recognition that conditions in those years might not go on. This year, led by the unbridling of gold given the outlook on interest rates, there was much more the sensation this might be the start of something, rather than being as good as it might get…

Great array of companies presenting and holding booths - particularly in gold. The event almost defines relevance in the sector, particularly for home-grown companies. It must be hard to justify not attending if you are a gold producer, rather than the other way around

Looking past the positivity of the gold price and all the back slapping around value creation brought about by the revenue line (which producers have not provoked!), assets within the Australian gold producers have come a long way in 3-4 short years. But rather than more of the same, it now feels as if these companies are looking outside their portfolios for future growth. There was more than one reference to growth via M&A (aside of those hawking announced deals) that no one would have dared to make two years ago." Hedley Widdup, investment manager, Lion Selection Group

"Once again Diggers & Dealers was very busy for Hartleys. Aside from attending the usual conference presentations, corporate presentation-luncheons and evening functions, our staff joined 19 site visits across gold, nickel, copper and lithium, ranging from explorers to developers and operators. While gold was certainly the talk of the town, it was somewhat marred by the overall market performance during the conference. Almost all conversations started with a remark on the gold price, which broke through US$1500/oz on the last day of the conference. M&A in both the gold and base metal space was a topic of discussion as was the state of the lithium and wider EV space. I can't discuss Diggers 2019 without mentioning John Howard and how sharp he was for a man in his 80's." Paul Howard, analyst, Hartleys

"Gold was inescapable this year and for very good reason. Some well-timed announcements from the likes of Red 5 and Resolute in the week leading up to Diggers did the trick nicely and meant a steady stream of gawkers and well-wishers at the booths and presentations. We also liked the nickel sulphide battery metals thematic and the WA potash development fundings recently announced. Is there room for another few SOP developers in the mixer?

For upside potential in gold I really like the look of some of the smaller explorers, especially ones in close proximity to milling infrastructure, with serious exploration smarts on the team, directors with skin in the game and lean operating structures. Lefroy Exploration and Black Cat Syndicate spring to mind, and further afield who can fail to be impressed by Spectrum's exploration results and Calidus' recent PFS at Warrawoona?

One thing that struck me this year is that, while previously it felt as if people were paying lip service to technological innovations, we're now really seeing them being put into practise and the use of these technologies is becoming ingrained in operating culture - whether it's using drone imaging and drone mag to fly super detailed surveys over salt lakes, seismics for deep exploration targeting, ore sorting in gold, tin and copper, PhotonAssaying for real-time gold analysis or big data and AI for prospect generation. I came across some exceptional stories and as always, the juniors and mid-tiers are leading the charge and the majors will come onboard once the party is in full swing.

Finally, a doff of the cap to the Kalgoorlie Miner for one of the best newspaper headlines I've read in a long time, for a piece on the well-publicised skimpy ban -‘Ban on nipples cripples Palace'. Traditional print media is fantastic, and so important in these interesting times." Cian Caffrey, associate director, RFC Ambrian

"The rising gold price has seen the tide go out on hedge books. That they are all out of the money is no surprise but what has crept up over the last couple of years with the stable gold price is perhaps a bit of complacency over how much has been hedged - and for some companies it now covers a pretty significant portion of their production (Sean Russo was busier than a one armed bricklayer in Baghdad this year).

The other factor emerging for the gold guys is diversifying production sources. This theme has been in play for a decade now but, with single asset companies hitting the headlines for the wrong reasons this year, it has now almost become a matter of urgency.

And: value accretive growth - the market is struggling to find it.

Having said all that, the market is open and the mood is upbeat - maybe not as much as you'd expect for all-time A$ gold price highs during the week - but good nonetheless.

Oh - one more - how quiet was Kal? Couple of articles in the paper about FIFO and residential factors, but I hope the gold price stays up, the spending trickles down and the town perks up." David Coates, analyst, Bell Potter Securities

"The equity markets are certainly showing favouritism towards established producers with strong cashflow, particularly those in the ASX gold sector. Mid-cap gold producers under Argonaut's coverage are trading at lofty multiples of 8x to 18x FY20 EV/EBITDA and 1.2x to 1.7x Price/NAV. However, most developers and explorers are yet to see the same level of equity interest and this is where we see value in the broader resources sector. That said, explorers with emerging high-grade resources, such as Bellevue Gold (BGL) and Genesis Minerals (GMD) are continuing to attract investor attention.

As always, Diggers is a platform for emerging stocks as investors and brokers scour the halls for new ideas. We believe the ‘Darlings of Diggers' were Apollo Consolidated (AOP) with its emerging Rebecca gold project and Red 5 (RED) with its 3.1Moz resource at King of the Hills. There was also a lot of attention around the cluster of gold plays in the Leonora district, namely Genesis Minerals (GMD), NTM Gold (NTM), Kin Mining (KIN) and Saturn Metals (STM). All are adding significant gold ounces and their neighbouring projects present opportunities for stand-alone developments, consolidation or strategic toll feed for established centres such as St Barbara's (SBM) Gwalia mill. On the base metals front, Centaurus Metals (CTM) entered into an option agreement with Vale to acquire the large tonnage, open pittable Jaguar nickel deposit in Brazil. This transformation deal will see the company move from explorer to developer over the coming year. Metro Mining (MMI) had the most unique booth merchandise, with a pair of Metro branded thongs (footwear, not underwear). MMI also represented some of the best value at the conference with positive cashflow, growth and a strong bauxite market thematic for its Bauxite Hill's project in Queensland." Matthew Keane and James Wilson, analysts, Argonaut Securities

A review of Diggers & Dealers 2018 by MNN editor Kristie Batten. 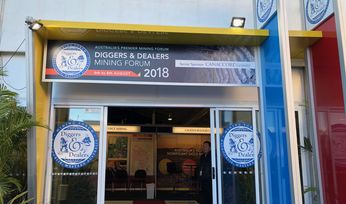 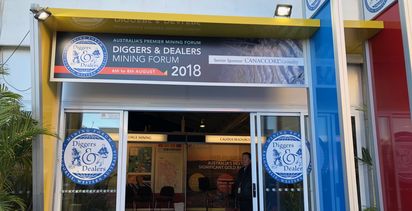