BARRY Dawes can usually be relied on to add the fizz around gold and the outlook for that metal at a mining conference, but the veteran stock-prospector was more ebullient at this week’s ResourceStocks Sydney conference about another metal. 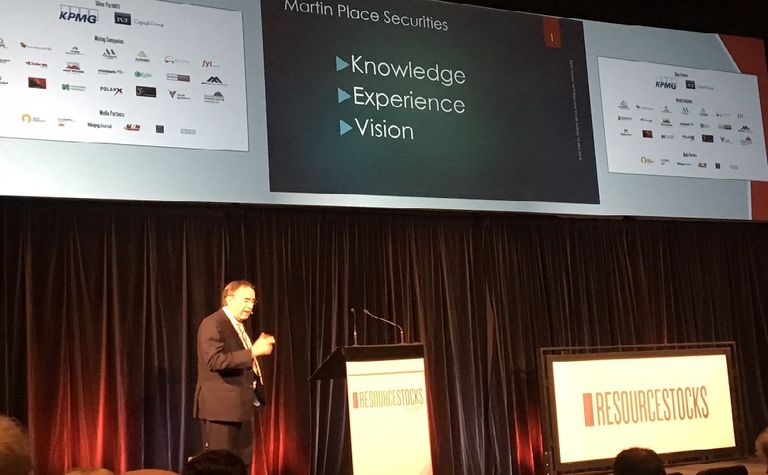 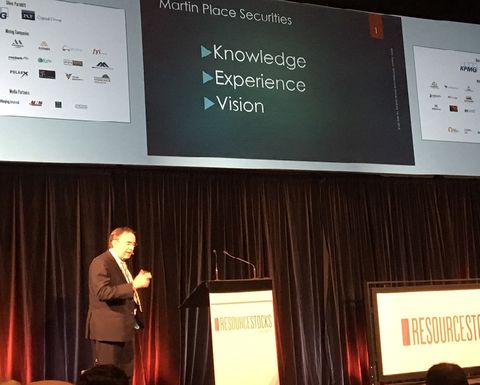 Dawes, executive chairman of Martin Place Securities, alluded to new International Copper Study Group (ICSG) data, as well as bullish assessments of the red metal's prospects over the next decade from the likes of Glencore and Freeport-McMoRan, that highlighted copper's precarious short-term supply-demand balance, and potential longer-term split between stronger consumption rates and the global copper sector's forecast capacity to keep up.

Glencore CEO Ivan Glasenberg said in Florida, USA, earlier this year the global copper mine project pipeline had "more than halved" coming out of the recent industry downturn, while exploration had been "increasingly unsuccessful", based on a rolling five-year average measure of global copper resource growth.

Current annual mine production growth was falling behind the long-term, robust 3.5% per annum rate of increase in copper consumption, which could yet strengthen on the back of expansion of the worldwide electric vehicle fleet, and connected infrastructure development.

The ICSG had global copper production at 23 million tonnes in 2017.

CRU data has the EV market creating up to 390,000tpa of additional copper demand as early as 2020 - which was "becoming material" by that stage, according to Glasenberg - but perhaps 4.1 million tonnes of supplementary copper consumption by 2030 if EVs capture 30% of the global automobile market by that time.

Nearer term, Dawes echoed the view of Glasenberg in pointing out circa-20% of worldwide copper supply would be exposed to labour negotiations in 2018, mostly in Chile.

"The supply side for copper is critical for the next decade," Dawes said.

"On the supply side we've got a really high mine capacity utilisation rate [in the global copper sector] and that means that there is less flexibility for increasing supply. And that's a structural issue that's going to be with us for at least 10 years, maybe beyond that.

"There are relatively few new major projects coming through.

"When you think about 3.5% [forecast annual increase on current consumption of] 23 million tonnes per annum, it's basically 750,000tpa of extra copper every single year is required, which is almost an Escondida per year - the world's biggest copper mine - so we're going to have this structural problem for quite some time."

Commodities had been priced for recession and mining companies had cut back on exploration and new capacity development, and nowhere was this more evident than in the copper space, Dawes said.

"[Current copper production] relies on old mines, too," he said.

"Great work put out by Freeport recently … shows that the most important producers at the moment were found in the 1900s, even 1800s, and they're still tracking along providing an important part of the whole marketplace.

"The new project pipeline has more than halved and a lot of the exploration that's been going on hasn't been all that successful, so the copper price has got to go much higher as we go forward."

"I've never been more excited than where are today" 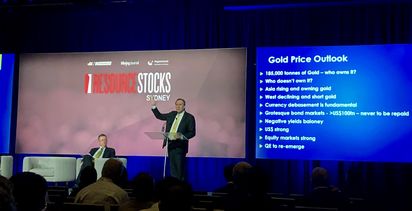