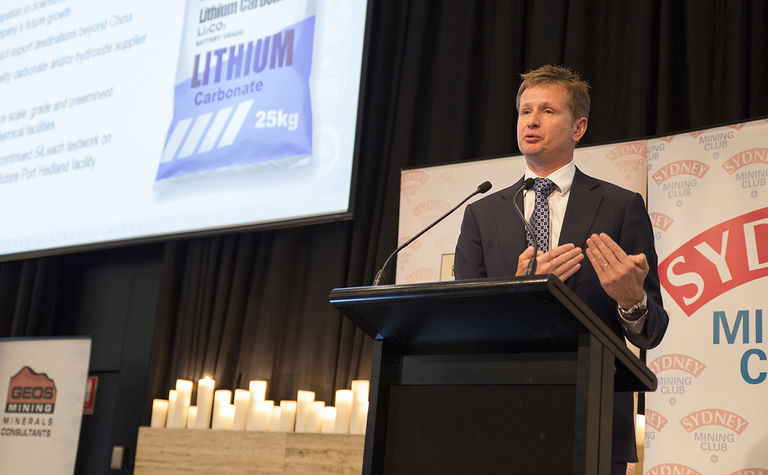 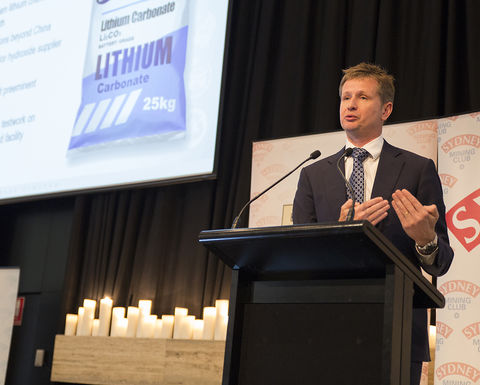 Shares in Pilbara slumped by 17% over two days last week to a 16-month low after the company put out an update on the progress of the A$214 million Pilgangoora lithium-tantalum project.

The positive update clearly wasn’t what the market had wanted to hear, with shareholders awaiting news on the balance of the financing and offtake that will allow construction to ramp up.

The stock rebounded by 14% on Thursday, but Brinsden told MNN the reaction had been surprising.

“The entire lithium scene has been a bit volatile and I think it’s generally been a bit soft, certainly in the last month or so, so I guess that’s the backdrop within which we’re working,” Brinsden said.

“At the same time, people have expectations about the delivery of our next steps for Pilbara Minerals and the Pilgangoora project, so if we’re not telling them what they want to hear, I guess there is always the potential for a bit of a backlash.

“And honestly, we understand the position of the shareholders and what it is they have in the way of expectations and obviously we’re doing our best to ensure we can deliver that.”

It’s not just Pilbara that has been sold down – producers Galaxy Resources and Orocobre each fell by more than 10% in mid-April, while Canadian developer Nemaska Lithium lost the same, despite making its first shipment of hydroxide during the period.

Brinsden said the weakness in Australian and Canadian lithium equities didn’t stack up with what Pilbara was seeing in China.

“The speed with which the lithium supply chain is being built out is just phenomenal and honestly, I don’t think that’s well understood by the Western world, which is a shame, because it’s incredible what’s happening there,” Brinsden said.

“It’s almost as simple as if they can build out their chemical facilities, their battery making facilities as fast as we can build our mine capacity, and to me that implies continued pressure on pricing and the raw materials supply base, so all I see is opportunity there and that’s why I’m a bit surprised about where equities have got to.

“There’s a counter-argument to say maybe the sector got too hot last year, and I think it’d be hard to disagree with that, but as to where the softness is today, I’d say that’s probably not justified because it’s still, in our view, only opportunity, especially in China.”

“We’re always a little bit opportunistic in our views around direct shipping ore, but it’s interesting too that additional customers have come out of the woodwork, so there’s a certain subset of the lithium industry in China that really does have fundamental problems getting access to raw material supply, but they are prepared to explore the direct shipping ore model,” he said.

“To me, it’s a sign of the times. It just goes to show how desperate they are and pay what we would consider to be a good price for a product that they still have to deal with in terms of processing back in China.

“It just explains how tight the market is and it also points to the long tail in the lithium industry.”

Brinsden said Macquarie had its view of the lithium world “completely wrong”.

“They are grossly understating chemical conversion capacity in China, both currently and the near-term in term of expanded capacity, and it’s a shame, because it’s not consistent with what we see in the way of growth emerging for potential buyers of lithium raw materials and stepping into the market around DSO is another good example, it’s good evidence of that.”

Pilbara is still progressing a DSO deal with Shandong Ruifu, but is not reliant on it.

Last week Galaxy boss Anthony Tse questioned the long-term sustainability of the DSO model, but Brinsden stressed it was an opportunistic move for Pilbara.

“The main game is the bigger Pilgangoora project – that’s where all the value is in our view around the long-term prospects for the company,” Brinsden said.

“We’ve always felt that run-of-mine ore is a great opportunity if we can pull it off, it’s like the icing on the cake.”

Brinsden said the initial exploration of financing deals had been impacted by the Chinese crackdown on currency controls, but he was confident the company had gotten through that challenge.

“We’ve been progressing detailed documentation and our feeling is that it shouldn’t be too far away,” he said.

Major works will begin shortly after with Pilbara maintaining its timeline of first concentrate production in the first quarter of next year.

“There are certain things inside the project that have worked for us, so there was lesser construction timeline in our tender than in the original plan in our definitive feasibility study,” Brinsden said.

“We’ve had the benefit of a little bit of that. And in the meantime, we’ve progressed the project to the fullest extent possible without the final environmental approvals and without the balance of the financing, because we raised the money last year.

“Again, they’ve all helped continue to maintain momentum in the project. But as a statement of fact, you’d have to say ‘well, we didn’t quite meet the targets we wanted to hit’, in which case, there is always the potential for having to push the schedule back, but as it stands, we’re okay.”

Surging interest in EVs behind the price rise 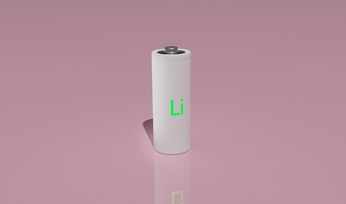 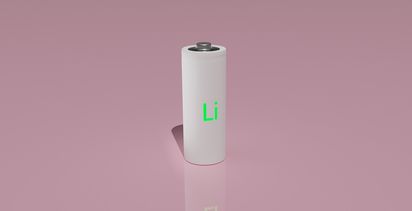