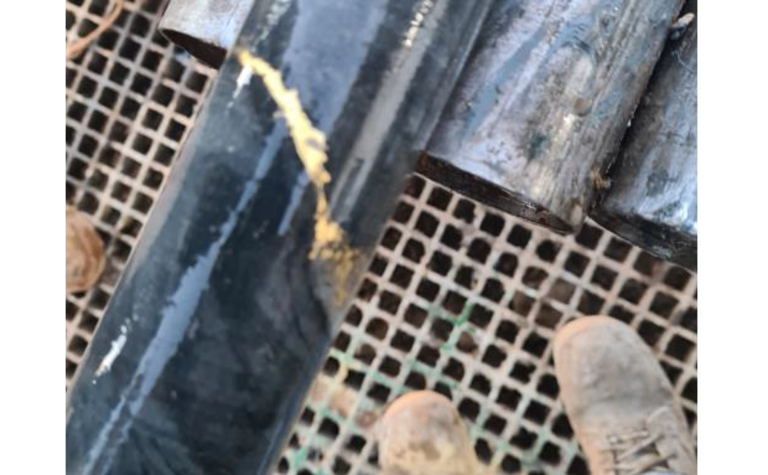 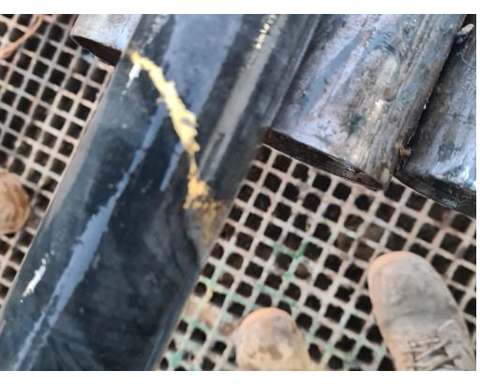 The 70m step-out hole was located in an area without previous drilling, and encountered the visible gold associated with a basal quartz vein system.
The core has been shipped to Perth for priority assay.
The gold zone, intercepted at 295m, sits below just-completed RC drilling that returned 13m at 3.9 grams per tonne gold from 190m, including 5m at 8.9gpt, about 100m from Bottle Dump.
A nearby hole returned 16m at 2.3gpt from 100m, including 8m at 4.1gpt.
Odyssey's initial interpretation is there is a second gold-bearing domain, parallel to the main Mine banded-iron formation sequence that hosts the known mineralisation.
Odyssey has continued to successfully intercept the Bottle Dump mineralisation, extending the Mine BIF laterally to the east of the Bottle Dump pit and at depth in its maiden RC program.
Argonaut Research said Odyssey's drilling has a "good hit-miss ratio" when intersecting the main BIF host, and if the newly-identified mineralisation style was confirmed at Bottle Dump it would be a "great outcome".
Executive director Matt Syme said more drilling was planned in the eastern area to better test the down-plunge and lateral extensions, as it was clear the 3km-long Bottle Dump trend as the potential to host high-grade gold.
The known gold mineralisation is open to the east and west and at depth.
The company resumed trading on the Australian Securities Exchange earlier this year after completing the acquisition of the Tuckanarra and Stakewell gold projects.
Bottle Dump, in Tuckanarra, was an early focus, particularly after the company identified a number of previously unannounced high-grade and unmined drilling hits, significantly enhancing the down plunge potential at Bottle Dump, including 30m at 3.7gpt from 87m and 13m at 8.5gpt from 15m.
Newly uncovered historical drill data from the Donald deposit also highlighted the potential for high-grade, structurally controlled mineralisation there, with hits such as 7m at 157gpt from 7m.
Odyssey only commenced drilling in March, with over 10,000m of RC and 2,000m of diamond drilling planned, targeting a mix of near-mine and brownfields targets.
Tuckanarra contains four open pits, including Bottle Dump, which was only drilled to 40m, leaving significant potential for mineralisation at depth.
Tuckanarra was last mined by Metana Minerals in the mid-1990s.
Odyssey has access to Monument's 300,000 tonne per annum Burnakura mill, located 25km from Tuckanarra, which should accelerate any development.
Odyssey shares hit a 10-year high of 15.5c early today, and was still trading up 62% at 11.5c later in the morning, valuing it at $62 million. 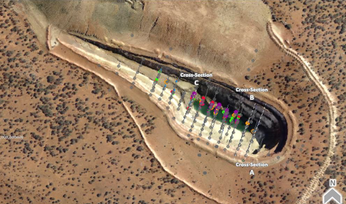 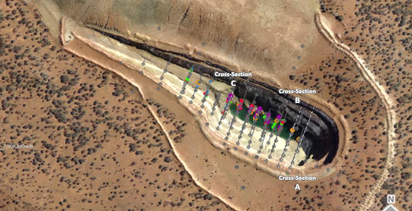