SOLGOLD has received the first assays for its exciting Porvenir discovery in Ecuador. 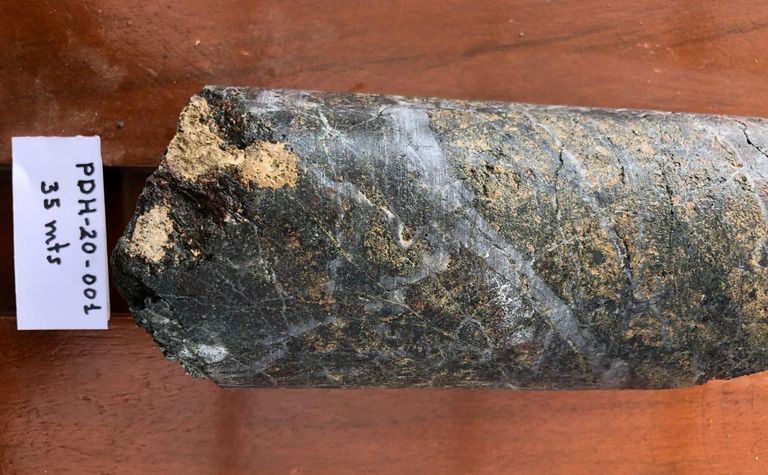 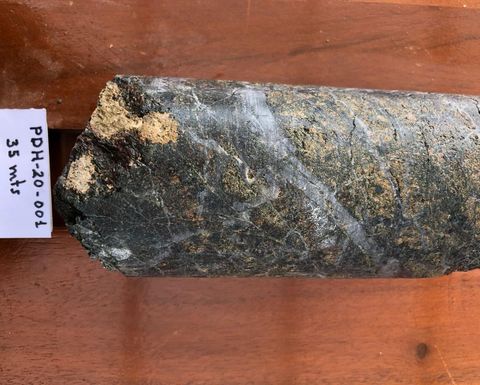 Core from the first hole at Porvenir

SolGold said the results confirmed the potential for the presence of a large, strongly mineralised porphyry system.

"The assay results so far for the first hole at Porvenir are highly encouraging, indicating a large and complex mineralising copper gold porphyry system," Mather said.

"In comparison to the first hole at Alpala, the Cacharposa target at Porvenir presents longer and better results, an excellent start to the Porvenir campaign. "

Further assays are due later this month.

The discovery was first announced about a month ago, and has boosted SolGold's London-listed stock by as much as 50% on suggestions Porvenir could be better than the company's flagship Alpala deposit.

Mineralisation in Cacharposa Creek is part of a 1700m long northerly-trending mineralised corridor, up to 1000m wide. Hole two is underway and has intersected 658m of visual chalcopyrite mineralisation from 15.5m depth.

SolGold is sending up to three drill rigs to Porvenir this month, and hopes to ramp up to six rigs as soon as possible.

Shares in SolGold were down 0.8% overnight to 31.35p, valuing the company at £650 million. The stock was trading at 25.8p right before the discovery was announced and rose as high as 42.05p.

Encouraging start for SolGold at Porvenir

Assay results for hole one of new discovery reported 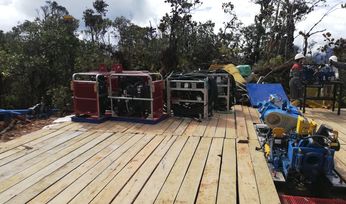 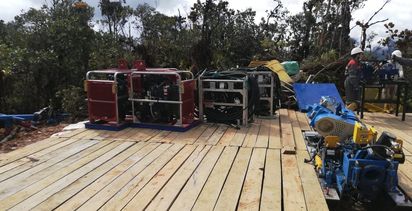