CYPRIUM Metals has estimated there is significant potential for shallow supergene copper-gold mineralisation sitting above the known sulphide ore at its new Nanadie Well project in Western Australia’s Murchison region. 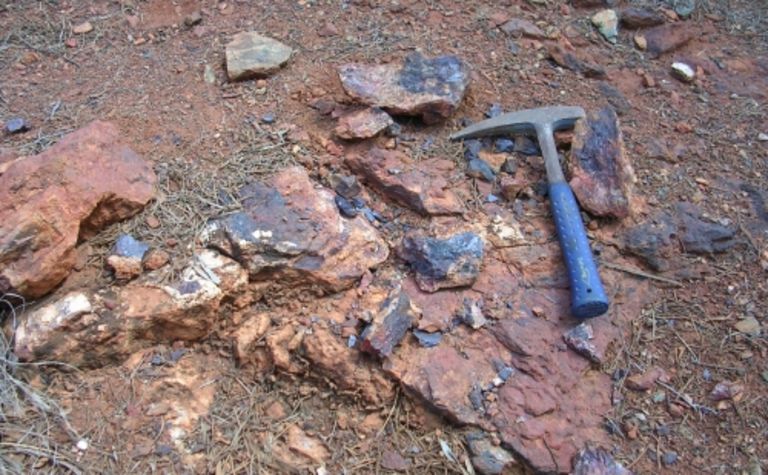 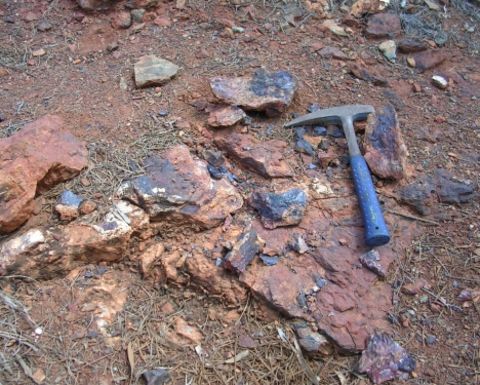 The potential for easily leachable supergene at Nanadie Well is a potential value-booster for Cyprium's plans to examine a heap leach operation at its recently upgraded Hollandaire resource, part of its 80%-owned Cue copper project with Musgrave Minerals (20%), located some 75km away.
The junior, which acquired Nanadie Well for $1.5 million from Horizon Minerals in mid-July, said supergene mineralisation has been intersected in shallow drilling over at least a 750m-long strike length in drilling completed by prior owners Horizon (and predecessor Intermin Resources) and Mithril Resources over the past 15 years.
Typical supergene intersections included 6m at 4.79% copper, 0.36 grams per tonne gold and 1.83gpt silver from 1m, or 8m at 2.53% copper, 0.69gpt gold, 3.88gpt silver from 33m.
The system remains open along strike to the north and south, but has not been mapped at surface due to 1-25m of cover.
Since entering the copper space more than a year ago, Cyprium has been sizing up a potential heap leach operation based on the massive sulphide ore at Hollandaire, and secured Nanadie Well as a potential boost to the scale of the project that could deliver tonnes faster than exploration.
The company said the emerging supergene option was a good complement to the planned scoping study, which aims to determine the size of resources needed, and would increase its copper-gold
mineralisation base case.
The junior said the RC drill rock chips from Nanadie Well indicate oxide copper minerals such as malachite that rapidly leaches in the presence of sulphuric acid.
Prior metallurgical tests based on Hollandaire' sulphide mineralisation has also indicated rapid leaching, with up to 92% copper recovered at room temperature in just 34 days, with excellent acid generation properties.
The generation of acid complements Nanadie Well's supergene mineralogy, and the excess acid from Hollandaire could be used to treat the Nanadie Well ore, Cyprium said.
Cyprium will now include supergene targets as part of its planned geophysical and drilling programs to assess the sulphide resources.
Nanadie Well has a JORC 2004 resource of 151,506t copper and 74,233 ounces gold. It is also open at depth, while the Hollandaire and Hollandaire West deposits contain an estimated JORC 2012 resource of 51,500t copper, 28,800 oz gold and 574,000oz silver.
Cyprium shares were trading up 20% at 21c in early trade, valuing the company at $11 million. 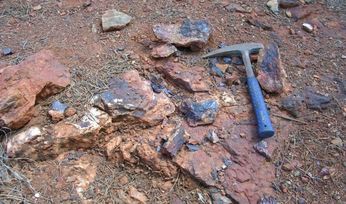 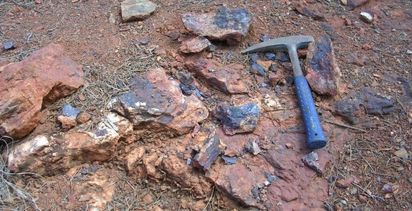 Cyprium cashes up for copper work in Murchison