AGGRESSIVE exploration around Lake Mackay in the Northern Territory by Prodigy Gold (30%) and Independence Group (70%) has delivered additional copper-cobalt intersects at Grimlock and helped define a “promising new prospect” at Phreaker. 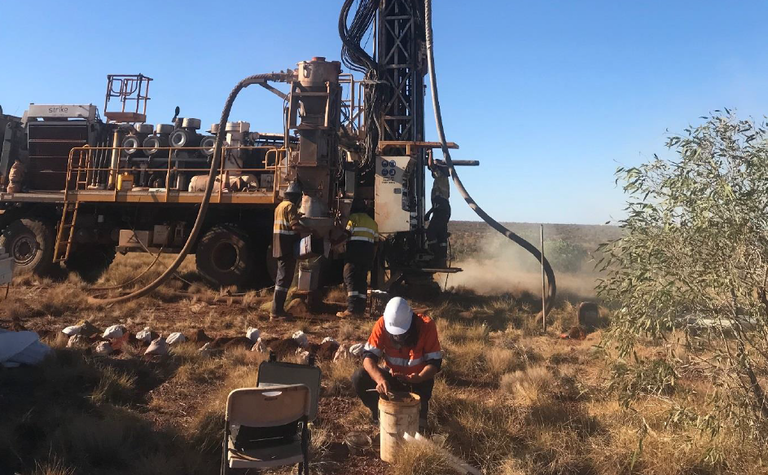 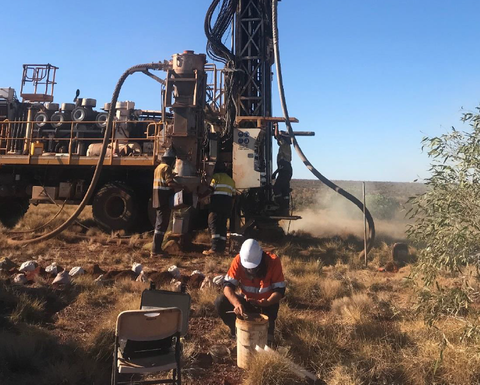 Independence is funding a program to test bedrock conductors at 63 targets identified in January's airborne electromagnetic survey with 1-2 holes per target, plus it is drilling additional holes at the Grimlock cobalt-nickel prospect and polymetallic conductors in the Blaze area.
The best will be followed up on before the end of the drilling season, and Phreaker looks like a promising candidate.
The first RC hole drilled at Phreaker delivered multiple intersections more than 10m wide, so two additional holes were punched into the ground on the same section with the work defining  sulphide mineralisation over 250m vertically.
That's more than twice the initial results seen at Grapple in the north of the project.
The assays returned 14m at 0.84% copper, 0.15 grams per tonne gold, 4.1gpt silver from 353m; 10m at 0.98% copper, 0.06gpt gold and 13.9gpt silver from 146m; and 11m at 1.15% copper, 0.07gpt and 7.9gpt silver from 189m.
Higher grade copper intervals were intersected, including an interval of 2m at 2.45% from 189m.
Given the modelled conductor associated with the EM anomaly is 1km-long, Phreaker is described as a sizable target that helps open up the southern area of Lake Mackay.
Drilling is planned to test the length of the target on 200m spacing to confirm continuity of the sulphides and to explore for thicker, potentially higher grade zones.
Meanwhile, drilling at Grimlock has continued to define high-grade but narrow copper-cobalt zones at shallow depths with 1m at 0.42% cobalt and 0.17% nickel from 4m and 5m at 0.28% cobalt and 0.85% nickel from 18m among the result results.
The cobalt zone at Grimlock is now defined over 4km.
In all 42 holes testing 265 targets were drilled in the June quarter, and all intersected minor sulphides, suggesting AEM is an effective targeting tool.
While Phreaker looks good, the drilling downgraded the large Scuba conductor, which returned elevated levels of zinc-lead from the west of the project, but not at levels considered sufficient to see follow-up work.
Prodigy shares were down 4% today to 12c, valuing the company at $57 million. It hit a 52-week peak of 13c yesterday, and has traded as low as 5.6c over the past year.
Independent shares were up 3.5% to hit $5.18, capitalising the company around $3 billion. 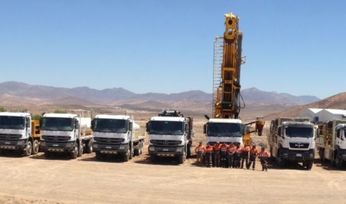 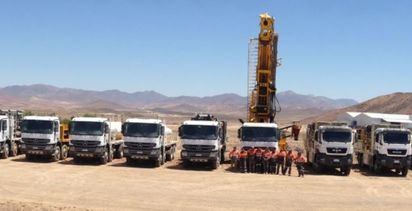 Gold Valley to board Prodigy's Old Pirate gold mine