Discovery gets a major funding boost

MINEX CRC, dubbed as the world’s largest mineral exploration collaboration, has been launched in Adelaide this morning with A$218 million of funding. The research collaboration is aimed at developing technologies to increase the discovery of new mineral deposits.

CRC funding, as well as strong backing from the mining and research sectors.

Participants include 34 partners from the mining equipment, technology and services (METS) sector and major miners BHP, South32, Anglo American and Barrick are committing $165 million (cash and in-kind) over the next 10 years.

MinEx CRC chairman Chris Pigram said the launch of the research organisation was driven by the declining discovery of new mineral deposits - a major threat to Australia's economy.

"There are few, if any, major new mineral deposits that are exposed at the earth's surface yet to be found in Australia, and as a result, mineral exploration is moving from Australia to less well explored countries," he said.

"Today is an exciting day for Australia's mining and resources sector, as we begin meeting the technical challenge of finding deposits in a more cost-effective way."

Australia's share of global mineral exploration has reduced from about 25% in the 1990s to 12.5% currently.

The new CRC will be aiming to address the increased cost of drilling with MinEx CRC CEO Andrew Bailey saying Australia had the chance to reverse the trend.

"We will develop new exploration tools and new ways to deploy them, that will recognise the fundamental importance of collecting data from the subsurface," he said.

"Lowering the cost of drilling, while gathering critical exploration data, means we can drill more holes and discover more deposits.

"Cheaper, safer and more efficient drilling technologies have the potential to increase our chance of finding new deposits, and decrease the cost of developing them - providing Australia with a more competitive and sustainable mining industry."

MinEx CRC is also looking to develop technologies that make it easier to discover deposits at depth and improve the productivity of drilling while collecting data.

The centre, co-headquartered in Adelaide and Perth, will also implement a National Drilling Initiative (NDI), a world-first collaboration of Government Geological Surveys, researchers and industry that will undertake drilling in underexplored areas of potential mineral wealth.

For the METS sector, this drilling initiative provides the opportunity to access world-class technology in a collaborative R&D environment.

Part of MinEx CRC's focus is to extend the capability of coiled tubing (CT) drilling so that it can drill deeper, is steerable and delivers the highest quality sampling.

CT technology for deep rock exploration, developed by Deep Exploration Technologies CRC in recent years, promises drilling at 20% of the cost of conventional diamond drilling and has the potential to drive a revolution in mineral exploration. 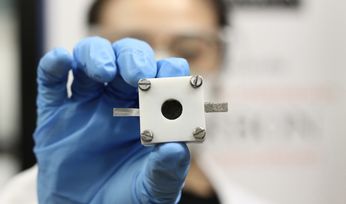 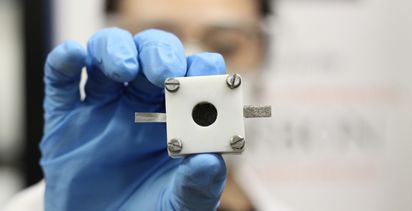