AFTER last week’s announcement of the acquisition of rival Orlando Drilling, Dynamic Drill and Blast has completed a strongly-supported placement to fund its growth strategy.

On Thursday, Dynamic announced the terms of the deal that will see it pay up to A$29 million, primarily in shares, including a $4.5 million up-front cash payment.
The deal will double its rig fleet, and bolt-on grade control, exploration, and resource definition drilling services.
The $10 million placement at 45c per share is Dynamic's first raising since its oversubscribed $5 million IPO last August, which was priced at 20c.
It was described as well supported by new and existing investors, including Orlando shareholder Robert Martin, who is putting in $2 million, and is expected to own 13.7% of Dynamic.
The second trance to raise $3.8 million requires shareholder approval.
Dynamic's major shareholder, Laurence Freedman, intends to subscribe for $2 million, and chairman Garret Dixon hopes to put in $25,000, with both subject to shareholder approval in July.
The strategic acquisition should generate $30 million in revenue and $6-7 million in earnings for 2020-21.
Dynamic started the quarter with $6.4 million cash and receivables, plus an expanded $10 million asset finance facility with Commonwealth Bank.
The shares were last traded at 47c, prior to Thursday's trading halt, and were up 17% at open today at 55c, increasing its market capitalisation to $26 million. 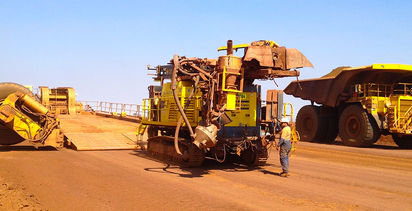 Dynamic adds rigs to keep up with demand