THE momentum is building for Sandfire Resources at its Tshukudu copper project in Botswana. 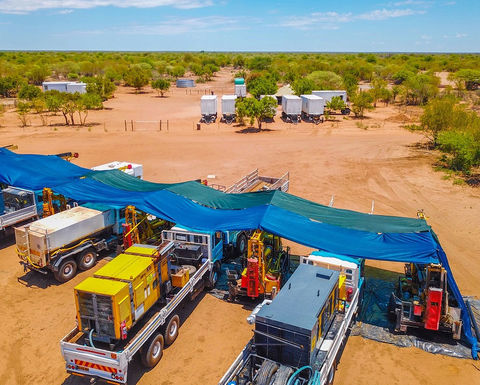 Sandfire is very active in Botswana as it moves towards development

The asset was acquired in the takeover of MOD Resources last year.

Sandfire first sent MOD a non-binding indicative offer in January 2019 after a period of technical due diligence.

Sandfire proposed a one-for-17 scrip offer, valuing MOD shares at 38c each, a 72.7% premium to MOD's previous closing price, and valuing the company at $113 million.

However, the board of MOD said the offer undervalued the company.

Sandfire returned with a $167 million cash and scrip bid in late June 2019, which won over the MOD board.

MOD shareholders could choose to receive 0.0664 Sandfire shares for every MOD share held, or 45c per share cash, capped at an aggregate $41.6 million.

Sandfire said at the time MOD's T3 asset ticked all the boxes for the company in terms of returns, costs, scale, life and upside potential.

The acquisition added a second development project to Sandfire's portfolio, after Black Butte in Montana, and the opportunity for a third regional hub covering Europe, the Middle East and Africa.

There was a positive response to the deal from analysts, many of who said it would reduce the risk of a production gap due to permitting in the US and the looming end of the DeGrussa mine in Western Australia.

The acquisition of MOD was completed in late October 2019 and Sandfire got to work on optimising the feasibility study for the T3 deposit, which has a resource of 590,400 tonnes of copper and 26.9 million ounces of silver.

Under MOD's numbers, T3 has capital costs of $260 million for a 3 million tonne per annum operation to produce an average of 28,000 tonnes per annum of copper over 11 years.

But T3 was seen as the tip of the iceberg for Sandfire, which saw belt-scale potential across its 11,900sq.km holding.

That was immediately evident in its January 2020 Botswana update, its first since taking ownership of MOD.

The company intersected a significant new zone of copper mineralisation, just two months after starting drilling its land package, which it named the Tshukudu project, meaning rhino in the Setswana language.

The first five holes at the A4 Dome, 8km west of T3, hit shallow, vein-hosted copper mineralisation along a 250m strike length.

Sandfire suggested the proposed T3 plant could be increased to 4Mtpa to incorporate the A4 Dome.

MOD managing director Julian Hanna stayed with Sandfire to lead the exploration effort in Botswana. The company allocated an exploration budget of $10-12 million for the June half.

However, COVID-19 restrictions halted drilling for two months and also delayed the optimisation study, which was expected in May.

In May, Sandfire expanded its landholding further with the acquisition of 6700sq.km of ground along strike from Tshukudu, but over the border in Namibia.

"This clearly demonstrates our long-term commitment to the region and reaffirms our belief in the prospectivity of the Kalahari Copper Belt," Sandfire chief operating officer Jason Grace said on Thursday.

Drilling at Tshukudu restarted in early June with as many as six rigs at the A4 Dome alone, working to define a maiden resource by the end of September.

Further targets have been defined for drilling, following the re-interpretation of airborne electromagnetic data during the June quarter.

Drilling is also underway at the T20 project, 100km west of T3, with a focus on open pittable material.

The company expects to spend $4 million on drilling the A4 Dome discovery alone this financial year.

A budget of $13 million has been set for regional exploration.

Sandfire said last week the optimised feasibility study was well-advanced but timing will be advised following the completion of a COVID impact assessment.

However, Grace said it would be before the end of the year.

Sandfire revealed last week that it was now looking at a base case processing capacity scenario of 3.2Mtpa for T3 alone.

"But also, as part of this work, we identified a relatively low-cost capital option to expand the processing capacity easily to approximately 5.2 million tonnes per annum," Grace said.

"When this is paired with the recent discovery at A4, which is only seven kilometres from the T3 deposit and the identification of multiple highly prospective exploration targets in the area, this presents significant potential to increase the scale of future operations through the development of an expanded capacity processing hub at T3 Motheo. This could be designed to service multiple potential new mines from the area."

The tender process is underway for an open pit mining contract and preliminary designs for high-voltage power are being reviewed by Botswana Power.

The hub strategy is similar to what Cupric Canyon Copper is considering nearby.

"It's worthy to highlight that our neighbor to the northeast has global resources of in excess of 5 million tonnes of copper and 3 million ounces of silver in their numerous resources at the Khoemacau project," Sandfire managing director Karl Simich said.

"We have an area in Botswana that is two to three times of greater extent and I think has had less exploration. So I think the opportunity is something that will continue to grow and be
significant."

Sandfire Resources is a nominee for Deal and/or Merger of the Year in the 2020 MNN Awards for its acquisition of MOD Resources. 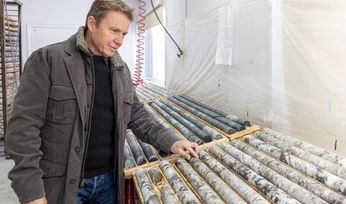 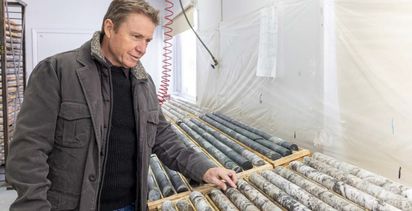 The power of medals