SOME 600,000 tonnes of copper production will be lost due to the COVID-19 virus pandemic, according to Erik Heimlich, principal analyst base metals at CRU Group. 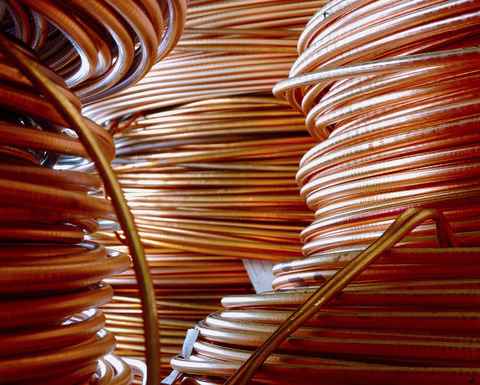 Tough times to continue for copper

Production losses are probably far larger than the figures for known interruptions indicate due to nvisible losses from mines which continue to operate with a reduced workforce, particularly in Chile.

"We have seen about 300,000t of disruptions so far and we estimate the final number will more than double the current level," said Heimlich, speaking on a webinar about the impact of the virus on copper supply.

Effects on copper production could be lasting as low price levels and lower productivity resulting from social distancing measures force the closure of some mines. The price downturn in 2015-2016 resulted in more than 570,000t of capacity being taken offline by the second quarter of 2016 as the copper price dipped well into the cost curve between the 90th and 75th percentiles.

"Supply disruptions will be insufficient to bring the market back to equilibrium hence a price response and ultimately a supply response can be expected. Copper has historically found price support between the 75th and 90th percentile cost positions and if copper falls to these levels as a result of surplus in the copper market we are likely to see some price driven closures in the near term," Heimlich said.

He said some miners were in a good position to weather the storm thanks to cost discipline in recent years which had helped them build robust balance sheets. Operations in the lower half of the cost curve had also benefitted from a substantial decline in the oil price and in countries whose currencies fluctuate with commodity pricing.

"Capital flight from emerging markets has impacted exchange rates. Brazil's real and Russia's rouble have depreciated 25% against the US dollar since the start of the year and Chile's pesos has lost 10-15% of its value," Heimlich said.

"But the costlier mines have benefitted less from these changes. Mines at the 90th cost percentile have seen costs decline 4.7% while those at the 50th percentile by 9.3%."

In terms of the operations most susceptible to price-forced closure, CRU sees Chinese concentrate mines as the largest group at the top of the cost curve, with SX-EW mines in Chile and the African copper belt and some North American producers also in the mix.

Heimlich said the virus pandemic would stimulate changes in operating practices including fast tracking the implementation of automation at mining operations, and the delay to development projects.

"Work on several key projects under construction has been suspended like Quelleveco in Peru, QB2 and the Los Pelambres expansion in Chile and Oyutolgoi underground in Mongolia. Delays in the commissioning of these large projects are likely, but will not be too significant for copper supply. However, project development for less advanced projects is going to suffer and that will certainly affect future supply," he said.

Copper smelters also face an uncertain future as reduced supplies of concentrates has reduced TC/RC treatment and refining charges. More importantly, reduced economic activity has made it increasingly difficult for smelters to sell their by-product sulphuric acid, a product which is difficult to store.

"Sulphuric acid prices, especially in Asia, have plunged into negative territory as companies are more concerned about the ability to sell than the price. Smelting operating rates have reduce in China as their ability to sell their acid reduced. … The smelting industry is potentially facing a perfect storm now with low revenue streams shrinking due to low sulphuric acid prices and low TCRCs while the availability of raw materials both copper concentrates and copper scrap decreases rapidly," Heimlich said.

Supply outage events drag on, but the hit to demand from COVID-19 is bigger 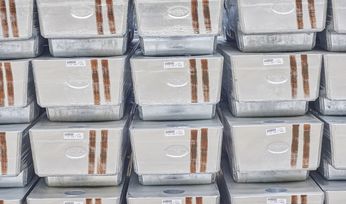