URANIUM minnow Peninsula Energy says global mine suspensions due to the COVID-19 pandemic could benefit it, with one customer bringing forward an order, and global uranium prices increasing 15% from a low in mid-March.

MiningNews.net is making some of its most important coverage of the COVID-19 pandemic freely available to readers. For more coverage, please see our COVID-19 hub. To subscribe to MiningNews.net, click here.
Peninsula, which is selling both stockpiled uranium concentrate from its own suspended Lance in-situ recovery operation in Wyoming, USA, and uranium purchased on-market, said bringing forward the sale of 116,000 pounds of uranium oxide in March at an average US$35/lb generated revenues of $4.1 million.
Peninsula is looking for the confidence to resume production at Lance using a low-Ph methodology, and believes the uncertainty generated by COVID-19 has highlighted "the extent that global nuclear power operators depend on a limited number of mining jurisdictions and an equally small number of primary uranium producers", a situation made worse due to the prolonged suppression of uranium prices, "largely created by the different financial environment enjoyed by state-sponsored mining operations".
Mines in Canada and Namibia have ceased production, including the world's largest uranium mine, Cameco's Cigar Lake, rallying the commodity price from $24/lb to $27.50/lb.
More could be expected to suspend production to deal with COVID-19, Peninsula said.
Beyond closures, Peninsula is waiting to see concrete action from US' Nuclear Fuel Working Group, which flagged the low-level of US domestic uranium production as a national security risk last July.
On the NFWG's recommendations, US president Donald Trump has flagged an interest in spending $150 million per annum over a decade to establish a new uranium reserve, to be dominated by domestic production.
Peninsula is so optimistic, it said losing an option for sales between 2021-23 with a customer last week was a ‘glass-half-full scenario'.
The expired options were its lowest-price, with an exercise base price of just under $40/lb.
While it reduced its long-term portfolio from a maximum 6.2Mlb at $51-53/lb to 5.5Mlb out to 2030, Peninsula believes it can find higher-priced opportunities,
It describes its flagship Lance project as "one of the largest in size and scale in the US", and believes it will be front of the queue if the US decides to build a stockpile.
The confluence of events should help advance Lance's low pH development, however COVID-19 has slowed key approvals from the Wyoming Department of Environmental Quality, with the decision now expected sometime this quarter.
The demonstration was planned to begin this month.
Installation of wellfield infrastructure for a new 6-9 month low-pH field demonstration was almost complete, however due to the delays and COVID-19, work has been suspended, and Peninsula has enacted a range of savings measures, including a 20% reduction in salaries and fees for board and management.
The company previously announced annual savings of $500,000 through various initiatives, including redundancies and closure of its Perth office in Western Australia.
Two of its lenders have agreed to take smaller interest payments for April. It follows a restructure of $17 million in debts last year.
The junior had $4.5 million cash.
Shares in Peninsula were up 4% today to A12c, valuing the company at $34 million. 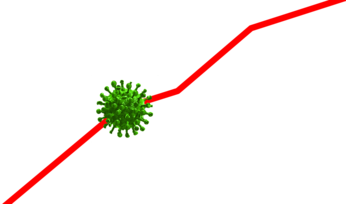 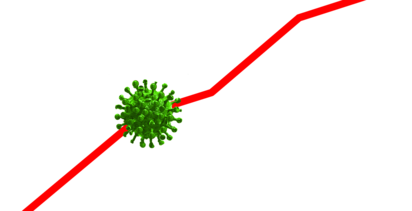