MINERAL Resources has maintained its full-year guidance after a strong December half, saying it was too early to account for any impacts from the coronavirus outbreak. A train loading iron ore at the Koolyanobbing mine

Statutory EBITDA for the first half was A$1.57 billion, including a $1.29 billion gain on the sale of 60% of the Wodgina lithium project to Albemarle.

Underlying EBITDA was $330 million, up 224% on the previous corresponding period, underpinned by strong growth in the mining services business and record iron ore sales.

"It was one of our best first halves ever," MinRes managing director Chris Ellison said today.

"Last year was a building year, this year is a growing year."

A fully franked interim dividend of 23c per share was declared, up 77% year-on-year.

Ellison said it would be "foolish" to increase guidance without understanding the full impact of coronavirus.

"I don't think there's any doubt this coronavirus is going to have an impact on mining businesses," he said.

"But over the years, there's always been something that's come along - the unexpected - that's touched us."

Ellison said MinRes hadn't had any request from mining customers in China to slow or halt shipments.

"I haven't heard of any ships being turned around or laid up," he said.

"But I think we're all waiting for this weekend when a large chunk of people return to work in China."

He added there may be a better indication of the impacts in 7-10 days, but people shouldn't overreact in the meantime.

"An overreaction would be silly," he said.

On the iron ore front, Koolyanobbing was ramping up nicely and was expected to reach 11 million tonnes per annum capacity this month.

The company plans to bring its newly acquired Parker Range project into production in late April.

In the lithium business, Ellison admitted market conditions remained tough and would remain so for the foreseeable future.

"We're not selling a lot of lithium at the moment but we've got a pretty amazing lithium business," he said, adding it would set MinRes up for decades.

While Wodgina remains suspended, the 50:50 Mt Marion joint venture mine with Ganfeng Lithium continues to operate.

Ellison reiterated that it was unlikely Mt Marion would face suspension.

MinRes had $1.3 billion cash and Ellison said it was adding $50 million a month.

"We're going to continue to build our war chest," he said.

Goulds was MinRes' inaugural chief financial officer and company secretary, joining the company in 2005 and overseeing its 2006 listing.

Ellison said it had broken Goulds' heart to stand down for health reasons in 2018.

"He was with me for 14 years … he was an outstanding human being." 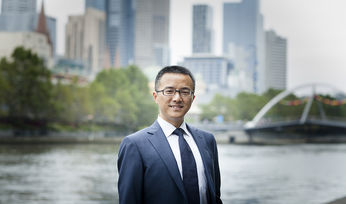 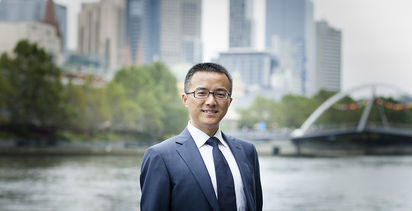