THE 2021 financial year saw IGO transform from a gold and base metals producer to a globally relevant player in the battery metals space. 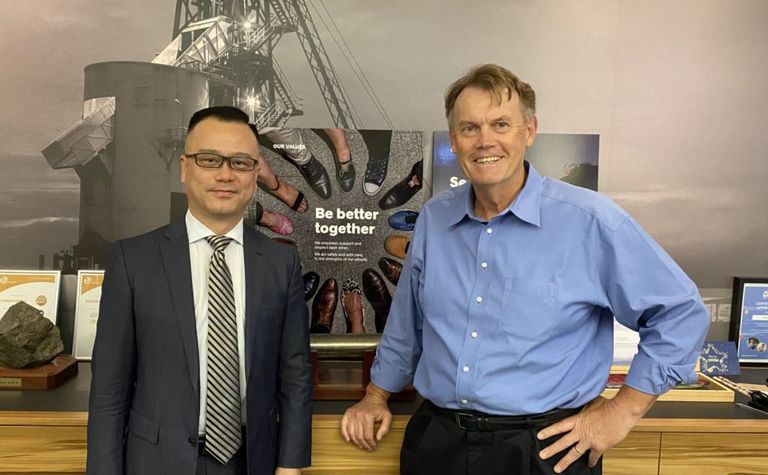 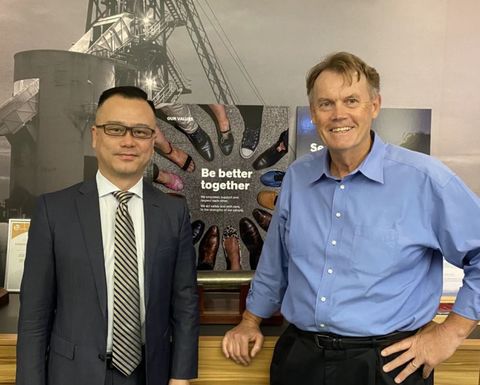 IGO, under CEO Peter Bradford, had long stated its focus on clean energy metals, but still held a 30% stake in the Tropicana gold operation in joint venture with AngloGold Ashanti.

After much speculation over the stake's place in IGO's portfolio, the company announced a formal strategic review in September 2020.

Little did the market know, the company was deep into a formal process being run by Tianqi Lithium over its Australian assets and had submitted an offer.

That process began in January 2020, but IGO, which was advised by BurnVoir Corporate Finance (debt), Herbert Smith Freehills (legal) and Standard Chartered Bank (financial), didn't announce a deal until December.

"It's a long time in the oven," Bradford laughed.

The deal was warmly received, given sentiment in the lithium market was just starting to turn.

"I think it got to the low about August-September, which is when we priced the Tianqi deal, so we pretty much picked the bottom of the market," Bradford said.

The acquisition was funded via a A$766 million equity raising, $149 million in existing cash and $1.1 billion in debt facilities from a syndicate of banks comprising ANZ, Citibank, Commonwealth Bank of Australia, NAB and Westpac.

IGO made it very clear at the time that the deal was fully funded and not dependent on it selling Tropicana.

"What we didn't have was the surety that we could [sell Tropicana], and if you announce a deal, you need to deliver the market with confidence on the funding structure, which is why we put in the parallel structure with the $1.1 billion debt facility fully documented with local commercial banks," Bradford said.

"Approaching a transaction in that way with that full funding, but also flexibility to improve it post-transaction, I think that was a great outcome and it really reflects the team effort."

While bids for Tropicana were due around Christmas 2020, there was still no guarantee the process would result in a sale.

"It was always something we were going to transition out of, it was just about finding the right time," Bradford said.

"If we went too early before we had line of sight to the next deal, we would have run the risk of becoming a one-project company and that would have had a potentially negative impact on funding capacity, so holding it until the right time and doing the trade - a switching doors moment - on a deal like a Tianqi deal was the right thing to do."

In April, it was announced IGO would sell the 30% stake in the mine to Regis Resources for $903 million in cash, higher than most estimates.

It has been rumoured the second-highest bid had a ‘seven' in front of it.

The proceeds could be applied to the Tianqi deal, taking IGO from an expected net debt position of $676 million on completion to a net cash position of $200 million.

"What the Tianqi deal did was deliver our transformation and if you look up any of the dictionary versions of what a transformation is, it's something that totally changes the character of something or someone, and that's exactly what we've done," Bradford said.

"We've gone from being your average base metal, gold mining company to a clean energy metal-focused company with both upstream and downstream.

"We did all of that in the one transaction in two bits, buying into one and selling out of the other. A great outcome for the business and really sets us up for the next stage of delivering the strategy and the continuing transformation."

IGO is now the only company in the world with both lithium and base metals production (though Rio Tinto is working towards lithium production).

The JV, in which IGO holds 49%, is the exclusive vehicle for lithium investments outside China for IGO and Tianqi.

While IGO will not operate Greenbushes or Kwinana, it is very comfortable with the structure of the JV after getting to know Tianqi well during the lengthy process.

"What we did there was we put in multiple layers of governance involvement to give ourselves enough confidence that we could have a big enough say to influence outcomes," Bradford said.

"At the Tianqi joint venture level, we'll have two of five board positions, myself and Matt Dusci, and we believe that's a great starting point. We'll have our person in there as CFO and then I'll be on the board of Greenbushes."

"We're also looking for opportunities and having those conversations with Tianqi and Greenbushes and how we can interact more, potential secondments from those two businesses into IGO and vice versa and that's about giving people career opportunities but also in trying to better understand businesses both ways and to have more influence."

The next milestone for IGO will likely be when the Kwinana plant produces its first hydroxide later this year before ramping up through 2022.

"Being integrated has been part of our ambition for some time and it's great to do it on this and it does better prepare us for a future point in time where we have enough long-dated nickel sulphide supply, say Nova 2.0, to be able to go back to our ambitions around nickel sulphate and progress that," Bradford said.

"The opportunity to be involved in Kwinana helps us build that skill and capability."

Bradford noted it had been a challenging year due to COVID-19 but the IGO team had excelled.

"You sort of sit back and reflect, when we did that Melbourne Mining Club talk in February of last year, at that point I was talking about having to work through all the fires. Fires is nothing!" he said.

"It's just amazing how the team at Nova, and right across the mining industry in Perth, Western Australia, how we have dealt with COVID-19."

Nova, in the Fraser Range has continued to outperform and while June quarter results are yet to land, Bradford reiterated the company's previous statement of meeting or beating guidance.

The company also continues to be one of Australia's most active greenfields explorers "with a passion".

"It's part of our ongoing commitment to exploration to ultimately drive discovery. Every day, we remain enthusiastic that today may be the day!" Bradford said.

Bradford maintains an active involvement in mentoring through WIMWA and IGO's internal program, and enjoys genealogy, walking and driving his beloved Tesla.

He has no plans to leave IGO.

"There was a snippet in the paper, it must have been last weekend, that talked about scientists are projecting humans will live to 130 in the coming years and I circulated that to everyone because I'm not even middle-aged now! 65 is the new middle age!" he joked.

"I think people are far more active now than what I can remember when I was a kid. Other companies are appointing CEOs that are about the same age as me.

"The key thing is still having fun and are you making a contribution? And I reckon I can tick both of those boxes and so therefore still very happy here at IGO." 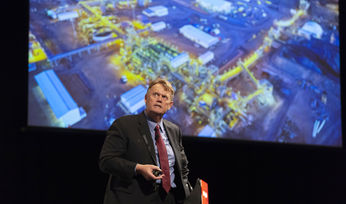 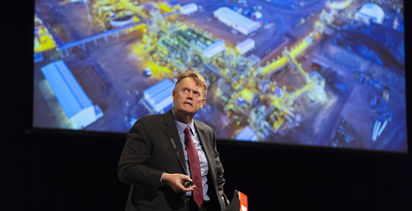 'You made a difference': Tributes flow for Peter Bradford