KEN Brinsden jokes that he and his colleagues have whiplash after a wild couple of years in the lithium sector. 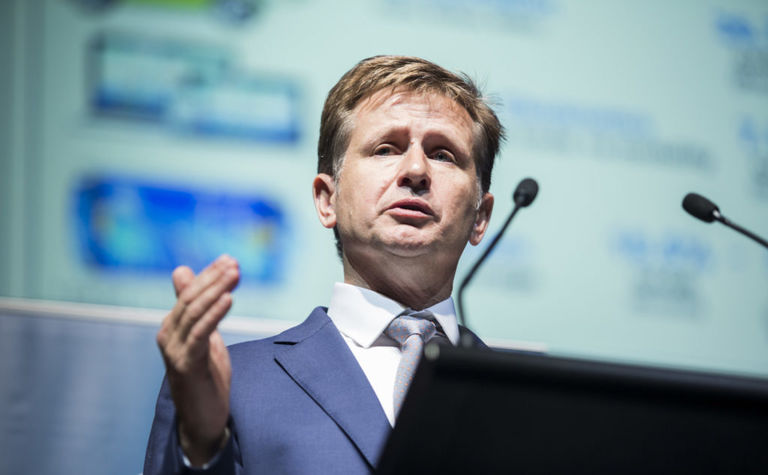 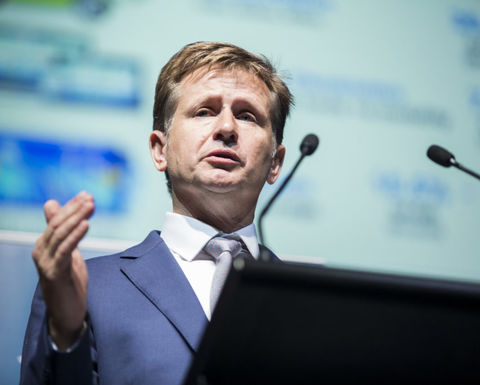 From opening the A$284 million Pilgangoora lithium-tantalum mine in late 2018 to being forced to moderate production in 2019 and 2020 to as little as 30% of full capacity due to poor market conditions, it's been a rocky road for Pilbara.

In mid-2020, when lithium market sentiment was at its weakest, Pilbara completed a critical refinancing, replacing a high-interest US$100 Nordic bond with a $110 million senior secured debt facility from BNP Paribas and the Clean Energy Finance Corporation - the first time a lithium company had attracted conventional bank financing.

"That was crucial because otherwise we would have been carrying this incredibly high-cost debt with bondholders breathing down your neck, and life would have gotten increasingly very, very tough," Brinsden told MNN.

"It meant we were in about as good a shape as we could be for the rebound, albeit the rebound has happened a lot quicker than we otherwise expected."

While Pilbara was barely breaking even for much of last year, the team spent that time optimising the plant with a focus on improving recoveries and lowering costs for when market conditions improved.

"While that was structured and deliberate, we didn't expect the market to turn around as quickly as it has - you'd have to be Nostradamus to see that coming as quickly as it did," Brinsden said.

That rapid recovery has been prompted by government stimulus around the world, as well as the US' renewed focus on emissions reduction following the election of Joe Biden as president.

"It is going from famine to feast because we struggled to get sales away historically and we really ramped down the mine's activity, compared to today, when we haven't got enough product to sell - it's amazing.

"Prices are definitely going to continue to go up, based on the demand we see today."

While Pilbara survived the hard times, some of its sector peers didn't, including neighbour Altura Mining.

In late 2020, Pilbara wasted no time in launching a US$175 million bid for the project, which was underpinned by a A$240 million raising supported by AustralianSuper, Resource Capital Fund VII and Macquarie.

"It's unfortunate that people get torched along the way when a business collapses but the writing was on the wall for quite some time and we'd been ready to act in the knowledge they were likely to fall over," Brinsden said.

"And as painful as that is for everyone involved in the Altura story, it was obviously a great opportunity for Pilbara and the consolidation that's gone on at Pilgangoora is really good for the field, and arguably it's good for the customer base."

Such was the ferocity of the lithium recovery that by the time the 36c per share capital raising had closed, Pilbara shares were back over $1.

Pilbara was removed from the S&P/ASX 200 in the September 2020 quarter, but by March, was back in.

It was the best performer in the index over FY21, rising more than 450%, culminating in a record high of $1.60 on June 25 and a market capitalisation of more than $4 billion.

One thing that is clear from Brinsden's career is that he loves an underdog.

He was managing director of Atlas Iron in 2015 when the iron ore price collapsed, but the company was able to recapitalise and has since been acquired by Hancock Prospecting.

"It's fair to say though, some valuable lessons came out of the experience with Atlas because I guess, just recognising that the market was starting to turn against us motivated Pilbara's response at that time to raise money and make sure that we protected the asset base and gave ourselves plenty of runway to resolve the combination of balance sheet and operational performance," Brinsden said.

"But when I reflect on the experience, I'd say a lot of what ultimately meant at Atlas we didn't have to close the doors was kind of the bit I hang onto because the team there worked really hard to make sure we didn't fall into receivership - and that's why today there's a very, very successful business there.

"Yes of course, that was all very painful, but I don't begrudge the experience and the time I had to work for the team there, so it's all just formative I guess."

Like Atlas, Brinsden believes Pilbara has proven a lot of people wrong.

He recalls meeting a senior executive from Greenbushes early in his time at Pilbara and outlining the company's vision for Pilgangoora.

"I told him what I thought was possible and he literally laughed at me. I look back on that conversation and think the team did exactly what we said we'd do," he said.

"What it does tell you is lot about the arrogance of the incumbents. Mining, unfortunately, has got a litany of them.

"Rio, BHP would be classic examples when you think about FMG. The very fact that FMG got up shows Rio and BHP were asleep at the wheel and arguably, the lithium industry is a little bit like that as well.

"The incumbents thought ‘hang on, we know this game, these guys are just not going to get up'. It's amazing what a bit of team work and ingenuity could do."

The other similarity Brinsden sees between Atlas and Pilbara is the strength of the team, including chief operating officer Dale Henderson, chief financial officer Brian Lynn and company secretary and general counsel Alex Eastwood.

Brinsden said there was also a really strong relationship with the board, including chairman Tony Kiernan.

"He is such a good chairman for the interplay between the board and the management and the ability to create those solid relationships, open lines of communication so that everyone understands where we're at and why, and constructive decision making as a result," he said.

"One of the key things about my experience with Pilbara is that dynamic - it's really amazing. And it's a pleasure to be a part of."

In fact, working with teams is the best part of the job, according to Brinsden.

"It's a lot of fun building a mine, but actually better working with the team," he said.

"The chance to grow the company and more importantly than that, bring the people along for the journey. I think that's the most fun.

"The idea that a team can start with a clean sheet and there's no tram tracks. You're forging your own path."

A WA School of Mines-educated mining engineer, Brinsden said he fell into mining "on a whim" but feels very lucky.

"In the end, I feel like it's one of the better decisions I've ever made because I've had a fruitful career for the people that I've worked with and the experiences I've gained," he said.

He's enjoying travelling less during the pandemic as it has given him more time for exercise, including running, riding and windsurfing, as well as more time with his wife and three kids, aged 22, 20 and 17.

He also gives back to the industry via mentoring.

"When I'm involved in mentoring people I always make the point, you don't want to confuse just your aspiration with the perspiration that's required to get to your next role," Brinsden said.

"It's such a shame that mining has been largely ignored. Mining affords such a fantastic opportunity to get really raw and formative incredible experience at a young age," he said.

"I think back to some of the jobs I was doing pre-30 years old and I think, you would never hand responsibility to an engineer to build a skyscraper when they're 27, but that's exactly what the mining industry does."

Brinsden believes the battery materials space is an opportunity to rebadge mining as it's part of the solution to climate change.

"And then, somewhat controversially, I think the next wave of battery raw materials is to grab people out of the legacy industries and by that, I mean fossil fuels," he said.

"In fact, we've had our first round of refugees applying for Pilbara Minerals jobs from the coal industry and from the oil and gas sector. It's happening and the good news is, those skills can be adapted.

"I often jokingly say we should put a big Pilbara Minerals billboard up in the Bowen Basin in Queensland or Singleton in New South Wales, or dare I say it, Karratha. Say come and join the future instead of working with dinosaurs."

In five years' time, Brinsden sees Pilbara as being a much larger lithium producer with its own value-add products, as well as an industry leader in innovation.

Whether or not he's still at Pilbara, he believes he has plenty more to contribute.

"I've still got more to offer as far as the mining game goes," he said.

"There's really no better place to be. Perth, WA, it's as good as it gets. I can't imagine I'm going to travel too far."

Pilbara Minerals managing director Ken Brinsden is a nominee for CEO of the Year in the 2021 MNN Awards.