IGO may not have made any major discoveries or big acquisitions in the 2020 financial year, but the company is not standing still. 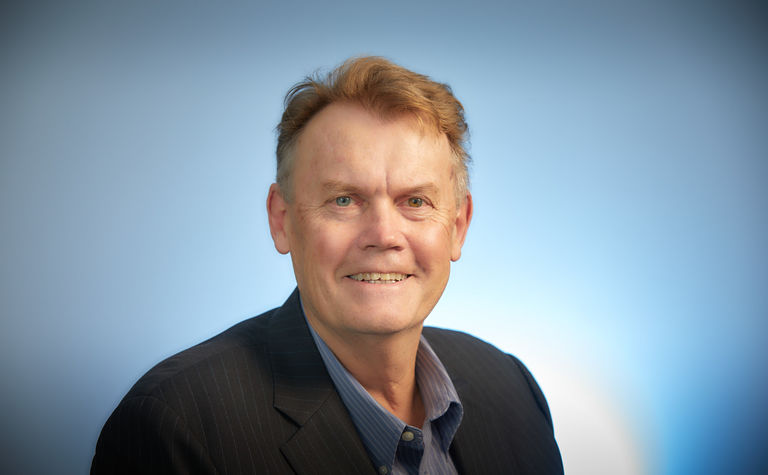 Under CEO Peter Bradford, the company has been on a journey of transformation over the past six years, which has included honing its focus on clean energy metals, a big investment in exploration, a name change from Independence Group to IGO, and a more defined company culture.

"If you look at most companies, I think 80% of companies around the world have got things like integrity, respect, yada yada, as their company values," Bradford told MNN.

"How do you distinguish the culture from company A from the culture of company B? We've done a lot of work to try to understand what our culture is and build out our culture.

"The first step in that journey was to develop and co-create within the business our purpose, which is making a difference.

"The second stage of that process was then trying to reflect that purpose into our values. A lot of the values that we work to and live to day-to-day are all actually embedded in the purpose statement, the accompanying messaging we have around that, so it was really about teasing it out of there and putting it in terms that can capture the imagination."

IGO's values are ignite the spark, never stand still, see beyond, run through the sprinklers, and be better together.

"We think it's been successful. It's not everyone's cup of tea," Bradford said.

"We take ourselves seriously but we have some fun along the way."

IGO is purposely based in South Perth, away from the traditional mining hub of West Perth.

"We like to think that we're different, different to the average mining company," Bradford said.

"And culture's a little bit like exploration - you have to work at it over a period of time and the outcome reflects many years of investment in people's time."

Bradford was born in Woomera in South Australia, but moved back to his family's hometown of Dalwallinu, in Western Australia's Wheatbelt, when he was a toddler.

"I spent most of my school years thinking I wanted to be a doctor, because growing up in a country town, the most respected person was the doctor," he said.

"I spent fourth and fifth year of high school in Perth at Cannington and pretty much the last year, a group came in and talked about mining careers and I just thought ‘that looks like me'. I was going through a Wilbur Smith phase at that point and that looked like something straight out of Wilbur Smith."

Bradford went on to get a degree in metallurgy from Curtin University.

He worked at operations around WA before a chance encounter while he was working at Plutonic in 1991 led him to Africa for about 15 years.

"We'd just gone through the process of building that, getting through the first six months of processing," Bradford said.

"Jim Askew flew into site and a week later, wanted to know if I wanted to do the same thing in Ghana. So we worked together there for six years."

Bradford and Askew worked together in Africa twice more.

"We had an enduring relationship in between all of those," Bradford said.

As well as being a mentor, Bradford and Askew have also co-invested in a couple of projects.

"One of the things we're co-invested in is Geo40, which is a company in New Zealand where we're extracting minerals from geothermal power station effluent - so it's green mining," Bradford said.

"The first metal we're extracting is silica, but the prize is the metals we'll be able to unlock once we remove the distraction of the silica. There's a whole host of metals there to harvest and once we get it sorted, we should be able to do a McDonalds franchise of the whole thing on a global domination model. It's something totally different so you're learning and you're leveraging off huge investments these geothermal power stations have made.

"So Jim's invested in that, I've been invested for a long time and I'm on the board. Bill Turner is the chairman."

Bradford has five children and one granddaughter. His interests outside mining include walking ("it's supposed to keep you young"), driving his Tesla ("best car I've ever had") and genealogy (he has 7000 names in his family tree database).

At 62, he acknowledges he's probably closer to the tail end of his career and is a firm believer in giving back to the industry.

"At the early stages of your career, you're leveraging off the people who've been in the industry longer," Bradford said.

"If I was in my 20s, I probably wouldn't have given it too much thought because you're in more of a receiving mode. In your 60s, you're much more wanting to give something back and make the industry better for the next generation - it's a lot of fun."

Bradford has been mentoring women in the mining sector since early 2017 and says he probably gets more out of it than the mentees.

"It's been a fun journey. Every single mentee is different, every single set of challenges they're dealing with and what success means to each of those, all of them are different," he said.

"You can't walk in thinking this is going to be a cookie-cutter approach to mentoring because it's not."

"When I went through uni, we were lucky because it was free university education, which was fantastic," he said.

"If you were below the sort of financial line - which I was, I came from a single parent family - you could also get a small allowance from the government, which was good. That plus vacation work was good, I was happy.

"Large parts of that formula don't exist for kids today so through the Brighter Futures scholarship campaign, we raised a couple of million dollars and that's generating scholarships.

Bradford's scholarships are not just open to mining disciplines.

"Anyone who thinks it's just about geology, mining engineers and metallurgists is smoking something, because you're using safety practitioners, finance people, lawyers, environmental scientists etcetera, etcetera," he said.

"I've had some very good interactions with some of the recipients so it's been really rewarding from that perspective."

FY20 was another busy year for IGO. It was included in the Dow Jones Sustainability Index late last year and the share price hit a decade-high of A$7.11 in January just before COVID-19 hit.

"Our primary motivation for going into New Century was the early work they were doing on Goro, and because of COVID-19, it made it more difficult for other participants to get to site and do some of that necessary due diligence," Bradford said.

"We did the work we needed to do and decided the risk/reward framework wasn't right for us. If everything goes to plan, you'll make a motza, and it's just as big on the other end.

"The investment in their shares was really an option fee to be involved in the Goro bidding parade and as a secondary opportunity, we also have the opportunity to work with New Century in some of the exploration in the assets around North West Queensland, and that's a work in progress."

IGO was also in the headlines late last year for a takeover bid made for smaller nickel producer Panoramic Resources, a bid that was hostile due to Panoramic's refusal to grant due diligence access.

Bradford said IGO saw the Kimberley region, home to Panoramic's Savannah nickel mine, as having similar prospectivity to the Fraser Range.

"[The off-market bid] got us very quick access to DD, we did the DD, and then decided it wasn't for us. The risk/return framework didn't work so we exited stage door left and then we saw subsequent disclosures to the market which sort of I would think leave people with no confusion about why we ended up walking away."

IGO's implied bid price was 47.6c per Panoramic share when the bid was announced in November. Panoramic subsequently suspended Savannah, and its shares currently sit at 6.7c, just above a four-year low.

"You shouldn't do something just because you've started. If you start it and it doesn't make sense, you need to walk away," Bradford said.

"People understood what we were doing and understood why we left, which is good. But we're in the area and we would expect to discover something bigger than Savannah."

IGO is one of the biggest spenders in exploration in Australia, with an FY20 budget of $66 million. Bradford said a similar spend for FY21 was likely.

"It's all about copper and nickel and it's all about identifying the areas of prospectivity we like and building up the land position," he said.

"Invariably, in Australia, all the land has already been taken, so you can't just go out there and take it off open plan. You've got to deal with who's there."

The company has spent the past few years consolidating the Fraser Range via a "gazillion" joint venture agreements.

"It was initially all about consolidation, then regional exploration to understand the ground positions, and a lot of that hadn't been explored before," Bradford said.

"That's generated hundreds of targets, but then we're doing the target drilling and moving a number of those into prospects. Moving that exploration ground down the discovery pipeline and ultimately we're going to potentially have a number of discoveries fall out the end of it.

"It's a process and we're working through the process but in an accelerated fashion.

"You only really see a decent nickel sulphide deposit discovered every 10 years or so. We want to change that average. That's part of what we've been doing.

"We've started a largely greenfields program from scratch, circa 3-4 years ago, built the team, built up the expenditures, built up the portfolio, and the ambition is over a five to 10-year horizon, we start generating discoveries on a rolling basis.

"And the ambition is that we don't want to be one of those companies that relies on M&A to fill the pipe. We want to be growing the pipe at home because that adds the most value to shareholders."

IGO has started a similar process in the Paterson Province, home to the Winu and Havieron discoveries.

In the past four months, the company has signed a $15 million earn-in with Encounter Resources, a $30 million farm-in with Antipa Minerals, and a $32 million joint venture with Metals X.

"An enduring commitment to exploration is expensive and generating that first one out of a holistic program, the first one's an expensive discovery. All of the subsequent discoveries will be that bit cheaper," Bradford said.

"We find there's good alignment from some of the investors who have a resource background and there's other investors who want to see a return, so it's really a continuous journey to educate people about what we're doing and why we're doing it, and what the ultimate prize is. The ultimate prize is multiple plus-billion dollar discoveries and that gets everyone's attention."

Unsurprisingly, the key focus for FY21 is "discovery, discovery and discovery".

"Nova is really bedded down. It performs consistently and from now on is just going to be a combination of throughput and grade to deliver the metal. Systems bedded down, all the right people in place and it's just continuing to optimise the asset," Bradford said.

"Similar sort of story with Tropicana. We've got the evolution of Tropicana at the moment with the move into underground mining, so we should see commercial production there this quarter. The next news story there is going to be the next underground.

IGO managing director Peter Bradford is a nominee for CEO of the Year in the 2020 MNN Awards. 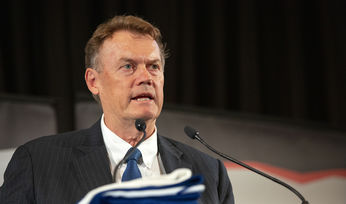 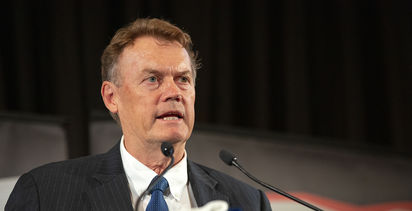 IGO on the verge of big lithium deal