BASIN Energy became the latest Athabasca Basin explorer to list on the local bourse as part of the current uranium boom, but its shares tread water on debut, likely supported by the large number of institutions and sophisticated investors on the register. 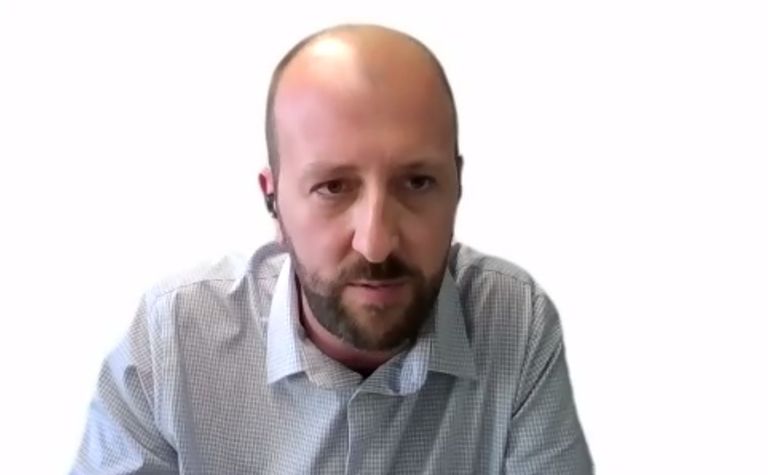 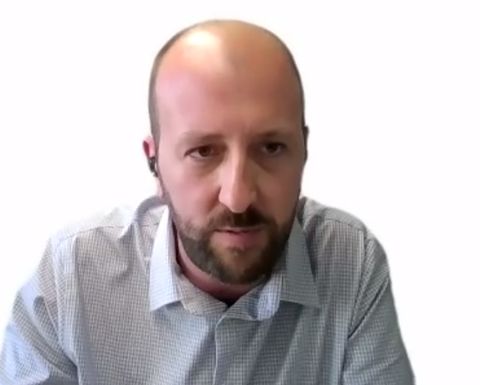 Just over half of the register at the time of the initial public offering represent those investors, with other key groups being its founders and pre-IPO shareholders. Retail investors didn't get much of a look-in.
Basin successfully raised A$9 million at 20c per share in a heavily oversubscribed IPO, but the stock struggled to gain altitude during its first trading session.
However, market reactions will wax and wane, and managing director Pete Moorhouse said in terms of exploration tenure, the Canadian region is the best in the world, and the company is still a few months from drilling.
The geologist has worked in the uranium space over the past 15 years, from Western Australia to far northern Queensland, and most recently in the Top End with Alligator Energy, and he says the Athabasca has proven itself as one of the world's top three yellowcake producers over almost five decades.
Even over the past 15 years of low prices, it was able to deliver world-class orebodies, such as NexGen Energy's Arrow deposit, and 92 Energy's GMZ discovery, because huge areas on the eastern side of the basin, have been lightly explored, and have been upgraded by new geological understandings.
Basin secured its ground via a series of scrip and earn-in agreements with TSXV-listed CanAlaska Uranium, and CEO Cory Belyk explained why he was willing to do a deal.
"Just before the upturn in late 2021 we sorted our projects by potential," he told investors this morning.
"We're explorers, and some we wanted to focus on, but we're also project generators because we can't do it all, so we share it out and share in the upside.
"We've had success elsewhere, but these are all still quality assets."
CanAlaska is on board as both a 19.9% shareholder, JV partner and field operator, which Moorhouse said helped greatly.
"These guys know how to operate, and this jurisdiction is absolutely the place to be," Moorhouse said.
The company has three projects: Geikie and two more traditional Cigar Lake-style plays at North Millennium and Marshall.
It owns 100% of Marshall and is earning 80% in the other two leases.
"Geikie has all ingredients you want, but it has never been an exploration focus," Moorhouse said.
Geikie is set to be drilled early in 2023, targeting basement play similar to 92E's GMZ discovery, which is just 10km away, and the Arrow deposit.
Moorhead says it is his favourite, "but I am also curious about North Millennium".
North Millennium is just 7km from Cameco's 104.5 million pound at 3.76% Millennium deposit, and sits on an interpreted trend that extends north into Basin's tenure, where the fault corridor intersects a conductor, just like Millennium.
It needs a little more geophysical work before it is considered drillable, but is a "phenomenal opportunity", Moorhead said.
The Marshall lease is in the immediate area, but is "technically a bit different", so needs even more work.
Basin aims undertake its initial drilling at all three prospects next year.
Shares in the junior traded in a range of 19-20.5c during the session, closing at 20c.

Explorer, with an all-geologist board, is looking at poorly-explored Canadian shear zone 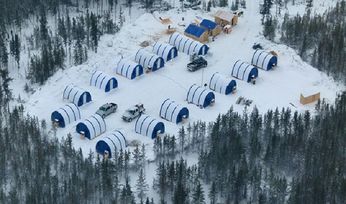 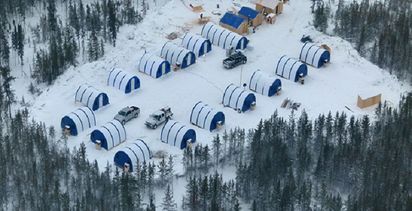 Pathfinder on the hunt for battery metal funding