SHARES in Coolabah Metals slumped on debut yesterday, as the company completed its transformation into a publicly-traded explorer, opening off 22.5%.

Coolabah is funded for exploration

The explorer, which has interests in New South Wales and Queensland, successfully raised A$6 million at 20c, but saw its shares open at 15.5c, and there was little trade with just around 100,000 shares traded in the first two hours.
Despite that lack of interest, the company has funds in the bank to explore for copper, gold and other metals across its holdings in the Lachlan Fold Belt and Mt Isa region.
Its namesake Coolabah project covers some 1177sq.km the company believes are prospective for remobilised Besshi-type volcanic-associated massive sulphide deposits similar to Aeris Resources' Tritton, Avoca Tank and Constellation deposits.
It shares the same geology as those Girilambone deposits, and it is hoped a recent 1000km airborne EM survey will help define new prospects.
Its other projects include Nymagee, also in the Lachlan Fold Belt, which has potential for Cobar-style deposits such as Aurelia Metals' Hera and Federation deposits.
Gunpowder Creek is about 40km north-west of Mt Isa, and surrounds a 5km strike of historical workings. It is prospective for vein/fault hosted high-grade gold with surface sampling returning 32 grams per tonne gold, and Mt Isa-style copper-lead-zinc mineralisation.
The Coolabah board comprises YTC Resources (now Aurelia) founder Stephen Woodham, Bacchus chief geologist David Ward and managing director Cameron Provost.
Just 312,000 shares were traded up to 17c during the session.
Coolabah shares closed off 20% at 16c. 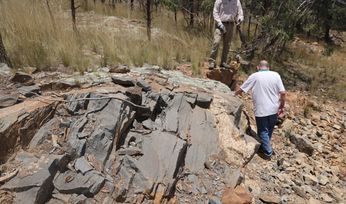 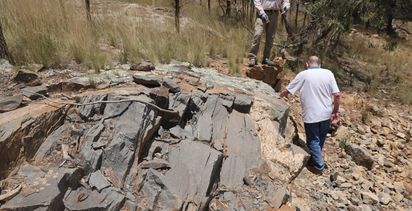