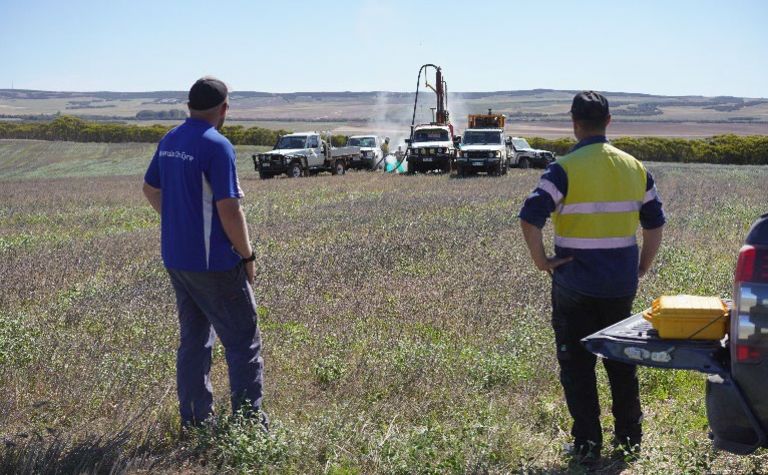 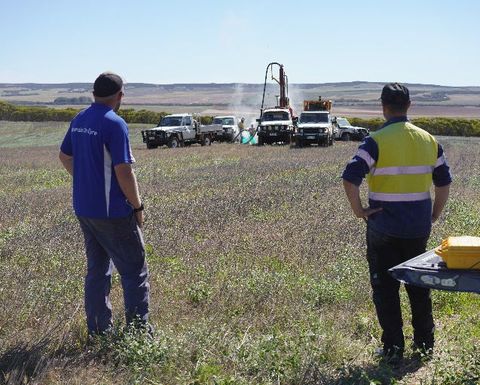 Kingston Resources' first diamond drill hole into its Southern Ore Zone, within its new Mineral Hill mining operation in New South Wales, has delivered a 50m base metal sulphide zone from 150m, with a best assay of 19m at 1.15% copper, 5.5% zinc, 5.5% lead, 0.4 grams per tonne gold, and 44gpt silver from 150m, including 10m at 2.12% copper, 10.4% zinc, 10.3% lead, 0.5gpt gold and 81gpt silver.
An eight-hole resource drilling campaign is targeting the upper A Lode within the SOZ, and has delivered early support for its geological model.
The SOZ hosts a resource of 1.8Mt at 1.79gpt gold and 1.2% copper, plus zinc, lead, and silver, close to existing underground infrastructure.
The new Juno Lode at Alto Metals' flagship Sandstone gold project in Western Australia continues to deliver impressive assays from drilling that has expanded the zone to over 1km within the wider Lords Corridor, with intercepts such as 9m at 3.8gpt from 157m, including 5gpt, and 7m at 4.4gpt from 163m.
The company says Juno, which extends from below the Lord Nelson pit, exhibits good continuity of mineralisation down-dip and along strike, and remains open in both directions.
It is the second new lode discovered within the 3km-plus Lords Corridor, adding to the Orion Lode find.
Lucapa Diamond Company has reported its Mothae joint venture in Lesotho recovered a 204 carat diamond, the eighth gem grading better than 100ct and third better than 200ct since commercial production commenced in 2019.
Graphite producer Mineral Commodities and Mitsubishi have signed an agreement to collaborate on graphitic anode materials supply in Europe, potentially positioning MRC as Europe's first-vertically integrated graphite ore-to-active anode materials supplier.
The deal starts with a toll manufacturing agreement, and then could move into a second, broader phase for manufacturing and sale of active anode materials,
MRC says its Skaland project in Norway could be a supplier to a planned Norwegian anode plant, with a final investment decision targeted next quarter. Mitsubishi will provide the active anode materials qualification, marketing, and sales experience.
iTech Minerals has reported "substantial" rare earth elements in holes drilled into the Ethiopia kaolin deposit, on South Australia's Eyre Peninsula, with early assays delivering results such as 12m at 1057 parts per million total rare earth oxides from 74m, and 26m at 972ppm TREO from surface.
The company drilled 115 holes within the 5km by 3km prospect area, with 16 of 23 assays returning significant intervals of kaolin, and 15 of those 16 delivering REE mineralisation in the kaolin clays.
The current results suggest that mineralisation extends over a distance of at least 1.3km by 1.2km.
Finally, Askari Metals' second phase drilling program at the Burracoppin project, 15km from the Edna May mine in WA's eastern Wheatbelt region, has delivered further high-grade results such as 8.5m at 4.88gpt from 19.5m, including 0.5m at 48.6gpt, over 2m at 1.2gpt from 46m and 2m at 2.15gpt from 111m.
The drilling targeted the central prospect area that saw workings in the 1930s and is said to have helped define a much larger lode gold target than previously modelled, with up to four mineralised zones emerging. 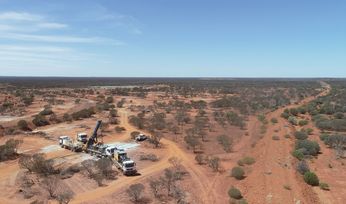 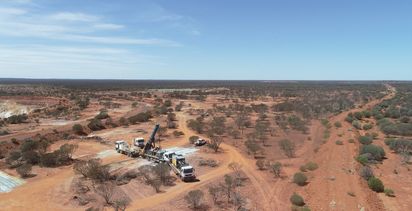