AS a new month begins, there is a renewed sense of optimism for the mining sector and broader market after a tumultuous two months. The market has stabilised and there has been a noticeable uptick in junior capital raisings in the past two weeks.

"As more regions and countries ease or lift restrictions in place because of the coronavirus, we should see further increases in the number of updates and look forward to seeing new exploration activities announced," it said.

Among the producers, Macquarie said the strong Australian dollar had now become a headwind.

It made material cuts to earnings forecasts after lifting its forecast for the Australian dollar for the second half of the year by 13% from US57c to 64c.

Macquarie said its preference was iron ore and gold.

Earlier this week, Alastair Munro from Marex Spectron's LME desk said seasonally, May was usually a poor month for the LME, with each metal having declined 3-5 years out of the last five or 6-8 of the last 10 years.

"Of course, as countries look to gradually remove their lockdowns over the next few weeks, sentiment is likely to receive a boost. But on the flip side this week's corporate reports paint a worrying picture."

Due to COVID-19 restrictions on gatherings, several events that were due to be held this month, including the RIU Sydney Resources Round-up and Resources Rising Stars on the Gold Coast, have been postponed.

Rio Tinto will be holding its Australian annual general meeting virtually, with shareholders able to watch and ask questions via webcast and phone.

Also this month, St Barbara is due to complete the prefeasibility study for its Simberi sulphides project in Papua New Guinea, and the board is expected to approve a full feasibility study.

Freehill Mining said it would release an updated resource estimate for its Yerbas Buenas magnetite project in Chile after reporting recent high-grade results.

Orion Minerals is due to release the optimisation study for its advanced Prieska zinc-copper project in South Africa by mid-month.

Investors will also be keeping an eye out for further assays from exciting WA nickel discoveries by Legend Mining and Chalice Gold Mines. 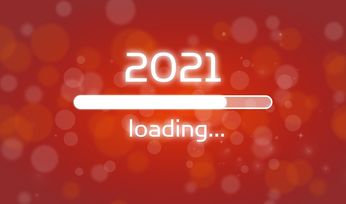