THE Australian Securities Exchange witnessed plenty of movement today and this time it was in a positive direction, with miners following the strong lead of the majors and firmer base metals prices.

Once again, takeover speculation reared its head today with the major miners benefiting.

Mining goliath BHP Billiton reached a record high of $34.14, before closing at $33.90, while rival Rio Tinto gained $3.89 to close at $95.90 after Mining Journal and Dow Jones Newswires reported that Montreal-based aluminium play Alcan may look towards a mining major as an alternative to Alcoa.

“All these options are credible,” Alcan president and chief executive of its engineered products unit Christel Bories said in an interview in Paris. “We know that these big mining companies have a lot of money and Alcan is an interesting target.”

Alcan recently rejected a $US27.7 billion ($A32.9 billion) takeover bid from rival Alcoa and has been in talks with other interested parties.

“Alcan is in a very strong position to open other options than the Alcoa one,” Bories added. “Our board is working today on all these options and they are numerous. We’ll know in the following weeks which one is preferred.”

On the commodities front, copper made a recovery after yesterday’s slump, with the red metal’s spot price closing overnight up $US122 at $7379 per tonne, with the bulk of copper stocks on Final Call’ watch list gaining ground.

Nickel continues to remain under pressure, with the spot price for the metal falling another $225 to $40,500/t, with analysts saying record prices for the metal over the last six months have prompted the development of substitutes.

Gold closed higher for the first time in almost a week, with its spot price up $3.75 at $651 per ounce after rebounds in bond and equity markets, and a sell-off in the US dollar flowed through to the yellow metal.

Despite the bounce back, the initial dip in price for the lightweight metal surprised the market. “I think everybody thought aluminium could hold about $2700/t,” the trader said.

The big movers of the day included AIM Resources, which closed the day up A7.5c at 35.5c as JPMorgan took up a stake in the zinc developer.

JPMorgan Chase and affiliates have taken up a 9.22% stake in the Sydney-based miner. Fat Prophets analyst Gavin Wendt told Dow Jones Newswires that the JPMorgan purchase increased market confidence in AIM and its zinc project in Burkina Faso.

At the other end of the spectrum, Energy Resources of Australia continues its downward trajectory, slipping to $18.81 before closing higher at $19.39, after reaching as high as $27.85 in March.

ERA chief executive Chris Salisbury told investors onsite yesterday that ERA was “expecting lower realised pricing in the first half of 2007 compared with full year 2006”, when uranium sales averaged $US18.36 per pound lb.

This comes at a time when Ux Consulting is quoting a spot uranium price of $135/lb.

ERA declared force majeure on its contracts in early March after heavy monsoon rainfall dumped 750 millimetres of rain in a 72-hour period on its flagship Ranger mine in the Northern Territory. According to ERA, the mine typically receives 1500mm of rainfall a year.

As a result of the extreme weather conditions, the uranium miner has reported it expects to record a loss of up to $10 million for the first half. 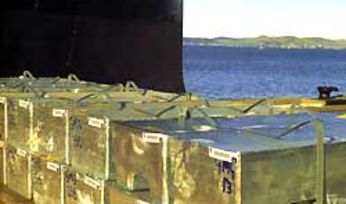 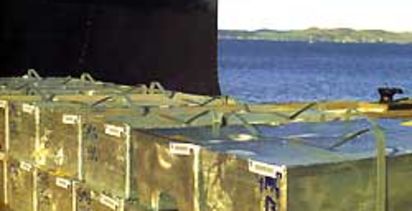 Bulls take a breather on ASX