Carnage on the bourse floor

CARNAGE is what punters faced today after the local share market recorded its biggest fall in almost two months, with $A35 billion wiped off in value.

A combination of factors were responsible but once again Europe was the main culprit after talks to form a unity government in Greece broke down, while Italian government bond yields spiked to more than 7%, Chinese exports slowed by a lower-than-forecast pace and Japanese machinery orders fell.

Closer to home, the one bright spot was employment figures for Australia, with the unemployment rate for October falling to 5.2% after the September figure was upwardly revised to 5.3%.

According to the Australian Bureau of Agricultural and Resource Economics and Sciences, total employment in the country rose by 10,100 to 11.162 million for the month.

Italy confirmed it would seek to sell $US6.8 billion ($A6.69 billion) of treasury bills after yields on 10-year notes surged beyond the 7% level at which Greece, Ireland and Portugal sought international bail-outs, as investors continued to lose faith in the country’s ability to repay its debt.

“A lot of people have made that 7 per cent level to be the line in the sand and we’re well ahead of that now. Italy has a ton of debt to refinance next year so my best guess is that we’re going to see some sort of band-aid solution.”

Predictably, there were no real stand-out performers today, although Silver Lake Resources did go against the tide after announcing a new copper discovery in the Murchison which pushed its shares 7% or 24c higher to $3.58.

Shares in uranium hopeful Extract Resources were also placed in a trading halt pending an announcement by its major shareholder Kalahari Minerals which has reportedly has been in talks with China’s Guangdong Nuclear Power Holding Co’s uranium arm about a potential downstream offer.

Brockman Resources was also forced to confirm it was in preliminary discussions with its controlling shareholder Wah Nam International Holdings over a transaction, after the Australian Securities Exchange queried the miner’s 22% share spike yesterday.

Some carnage in the patch

Bears have a cracker of a day 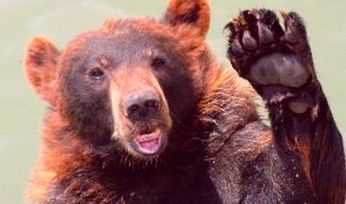 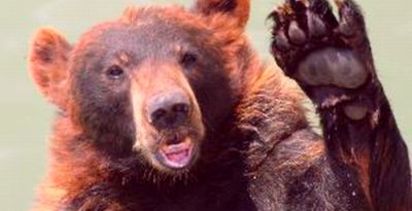 Murder on the bourse floor

Punters wipe nearly $25B off the bourse floor