A HUGE sell-off on the Australian share market took place today on jitters the US Federal Reserve could wind back its stimulus program, with falls compounded by disappointing Chinese manufacturing data.

Australian shares dropped more than 1% soon after the opening bell. And there was no reprieve in sight as risk-averse investors followed in the footsteps of Wall Street’s weak showing.

The S&P/ASX 200 index reversed yesterday’s gains, dropping to an intraday low of 4729 points.

The index dipped to a nine-month low of 48.3 points in June, down from 49.2 points in May, as output and new orders fell.

The Australian dollar fell further against the greenback for a fifth day, last trading at US92.49c.

Among the sectors, telecommunications, technology and utilities lost more than 1% while financials and the miners were the hardest hit, falling 2.6% and 3% respectively.

Losses were seen across the board, with Iluka Resources dipping 5.1% to $9.96.

Gold miners sank as the price of the precious metal dropped further to $US1344.06 per ounce.

Most iron ore miners were hit following the data out of China.

Shares in Reed Resources plummeted 24.5% to 3.7c on the back of an update regarding its Meekatharra gold operation. 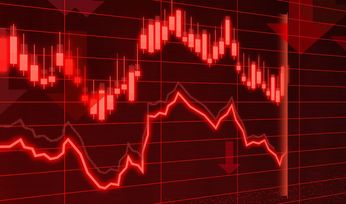 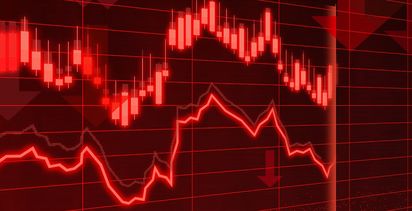