WITH news that the unemployment rate actually went down in April, along with overseas stocks rallying, the Australian dollar lifting and metals prices looking strong, it was a good day for Australian miners.

On the Australian dollar, which lifted to just over US75c, its strongest level since early October last year, the rise is of course actually not such a great thing for miners.

Of course, metals contracts work more on averages than the daily spot price fluctuations, but the overall trend, if it continues, will ease some of the small cushioning effect for Australian miners from the weaker dollar.

Back to base metals – copper wasn’t the only metal to perform strongly, with nickel up almost 6% to $US12,632/t, while tin and zinc both increased 6.7% and 4.6% respectively.

Nevertheless, the stronger dollar might suggest there is some faith in Australia’s economy as well as its mining sector.

Also helping bolster the overall markets was the unemployment rate, which bucked everyone’s expectations by actually falling from 5.7% to 5.3% seasonally adjusted.

While only time will tell if it is a long-running trend or just a blip, the Australian Bureau of Statistics figures hint that maybe things aren’t about to go as pear-shaped as some believed.

US markets also strengthened last night which helped bolster the local bourse, with the S&P-ASX 200 up 1.9% to 3938.7 points by the end of trade.

Another nickel play to gain was Panoramic Resources, up 9% or 16.5c to $1.96 on an updated resource.

The most traded stock was Sundance Resources, up 2.5c or 13c with 77 million shares moving in 1175 trades.

Of course, there were a few strugglers – Liontown Resources dropped 1c to 1.5c, the victim of only four trades, while Pan Palladium dropped 1c to 4c after a sale of one parcel of 19 million shares.

Developing one of the world's lowest-cost, highest-margin potash mines in Spain's Ebro Basin. 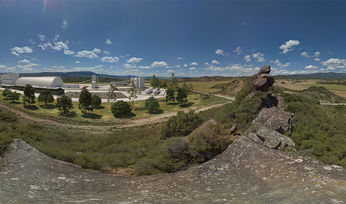 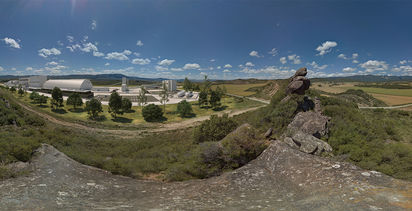