Blame it on the rain

The worst affected was Regis Resources’ Duketon operations, with production halted at two of the project’s three mines due to flooding in the pit after what the company described as a “one-in-150-year” rainfall event.

The project is still recovering from the February floods, with the Garden Well pit flooded to a depth of 45m.

Surbiton reported that Norton Gold Fields’ Paddington operations had 278mm of rain during the quarter, or over 100% of the region’s average annual rainfall.

“This meant they had to rely on lower-grade, stockpiled material part of the time to keep their treatment plants running near capacity.”

Australian gold production in the three months to March 31 hit 68 tonnes, down 5t or 7% on the previous quarter, but up 5t or 8% on the same time last year.

“Using stockpiles during the March quarter enabled producers to keep their plants going, so that the total tonnes processed by the industry declined only marginally,” Close said.

“However, the grade of ore fell by around 6% overall.

“Despite the first quarter downturn, some new capacity helped to boost production.”

The largest addition was the Tropicana gold mine, which started production in September, but reached full capacity in the quarter, becoming Australia’s fifth largest operation for the quarter.

Alkane Resources’ new Tomingley mine in New South Wales poured its first gold in February and is ramping up to full production of around 55,000 ounces per year, while Egyptian company La Mancha Resources is commissioning its new 150,000oz per annum Mungari treatment plant near Kalgoorlie.

“In addition, the changes in ownership following the sale of several Barrick and Newmont operations should prove interesting in the coming months,” Close said.

Barrick sold three mines to Northern Star Resources for $A100 million, while Newmont recently announced the sale of the Jundee operation for $82.5 million to Northern Star. 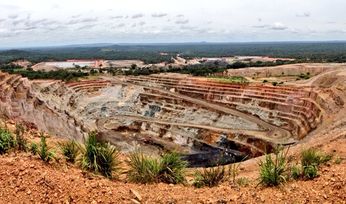 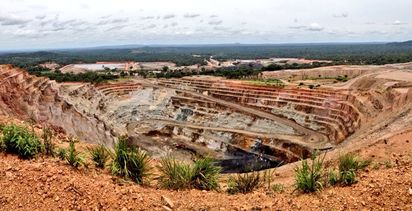 'No single individual or error' to blame for Juukan Gorge blast

Blame it on the rain: Vale