Worsley refinery to go to Billiton

ALCOA Inc is to sell its 56% stake in the Worsley alumina refinery in Western Australia to British mining house Billiton for US$1.49 billion.

The smelter was placed up for sale as a result of Alcoa’s US$4.5 billion purchase of Reynolds Metals Co, which put it in breach of US asset ownership regulations. The Reynolds deal included the purchase of Reynolds Australia Alumina, which holds a 56% interest in Worsley Alumina.

Alcoa has subsequently sought to divest itself of the Worsley refinery and other smelting assets such as its Longview operation in Washington, which looks like being sold to McCook Metals for US$150 million. Other smelting facilities in Texas and Germany are also on the chopping block.

The Worsley sale is predicted to be concluded by January next year and will deliver Billiton a possible 86% stake in the project.

However, this could be watered down to 68% if Billiton’s Japanese partners Kobe Steel, Nissho Iwai and Itochu, which currently own an aggregate 14% of Worsley, take up their opportunity to increase their aggregate interest in the project to 31.8% on comparable terms.

Worsley, located in the Darling Ranges of WA, is one of the word’s premier bauxite/alumina operations and is in the final throws of a major expansion.

In October the operation is forecast to hit an output of 3.1 million tonnes per annum, making it the third largest producer of alumina in the world. As of December last year the company had net assets worth $2.24 billion.

Billiton chairman Brian Gilbertson said the acquisition suited its need to have high-quality and low-cost alumina supplying its smelters.

“The growth of Billiton’s aluminium business has been one of the great success stories of our industry,” Gilbertson said.

“Attributable production capacity has grown from less than 75,000 tonnes per annum of metal six years ago to more than 1Mt today, all of that at or close to the lowest cost in the industry.

“This portfolio now includes two of the world’s most advanced smelters, Hillside and Mozal, and a majority interest in the world’s pre-eminent alumina refinery.”

Billiton plans to pay for its purchase by raising US$750 million through an equity offering of ordinary shares to institutional investors.

The placement will consist partly of the sale by Strand Investment Holdings Ltd of its entire holding of 55.88 million Billiton shares representing 2.52% of the company’s current issued capital.

Strand holds shares purchased under the deferred repurchase mechanism established in 1998, under which Billiton shares, repurchased and not cancelled, are therefore available for resale. This will be the first sale of shares by Strand.

Chase, Dresdner Kleinwort Benson and Schroder Salomon Smith Barney are acting as joint global co-ordinators and bookrunners for the equity fund raising. The equity fund-raising will take place at a price established through a bookbuilding process. 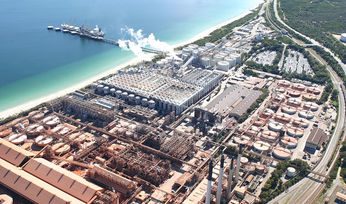 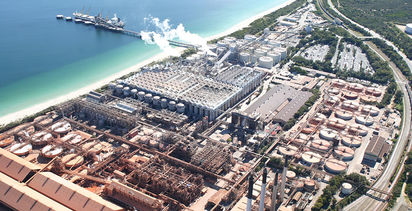 Sellers again to fore on ASX

ASX set for another shocker