POOR infrastructure is threatening a potentially multi-million-dollar mineral sands industry in the Murray Basin, a recent study has found.

The report found Australia could be in danger of trailing behind major mineral sands producers in Kenya, Mozambique, South Africa, India and Sri Lanka if infrastructure was not brought up to speed.

Forecasts for the Murray Basin estimate it could achieve a production rate of more than 700,000 tonnes per annum. The contained value of the resource is in the order of $13 billion.

Several mines are likely to come on stream in the next few years, but poor infrastructure including roads, bridges, electricity and gas connections in the region has hampered the speed of development.

Exploration to date in the region has been in excess of $100 million.

Sinclair, McKnight and Merz conducted the study for a management committee comprising of representatives from government and industry.

“Politics, in a nutshell, is what it is all about.”

At this point in time, no recommendations have been made to fund additional infrastructure. The report has been handed on to a Murray Basin Mineral Sands Industry Taskforce.

The report estimates five opportunity zones have a potential quantity of about 60 million tonnes of coarse-grained mineral sands.

“The area was split into opportunity zones for the sake of ease when reporting,” SKN project manager Phillip Heath said.

The infrastructure needs of the five zones vary, but the study found the inland location of the Murray Basin meant efficient and economical transport was crucial to the success of the industry.

Other recommended infrastructure options include:

* Upgrading the existing broad gauge lines into Melbourne and Geelong with focus on product flow from Mildura.
* Construction of container handling facilities at Portland and Geelong where feasible.
* Connection of Geelong Port to standard gauge rail network.
* Upgrading Paringa Bridge to facilitate over-size vehicles.
* Strengthening the electricity distribution systems and gas supply networks.
* Upgrading and gauge standardization of the Mildura Line north of Lascelles with a new rail connection to the Hopetoun grain line. 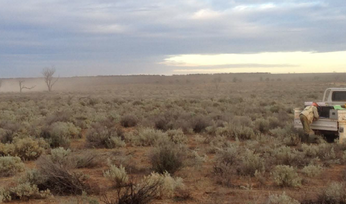 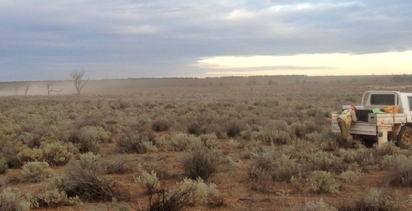