COVID-19 border closures and lockdowns continued to impact Mineral Resources’ ability to truck its iron ore during the June quarter, but the company still managed to break shipment records, albeit with a small guidance miss for the 2020-21 year. Despite the forced curtailment of staff movements and ongoing shortages of road train drivers, ore shipments rose 27% from the March quarter to a record 5.2 million tonnes (wet), bringing the full year total to a record-smashing 17.3Mt.
The company had targeted revised full-year guidance of 17.4-18Mt, but congestion at the Kwinana Port meant three shipments were delayed.
Production for the quarter was up 6% to 5.2Mt, bringing full-year production of a record 19.5Mt, 38% higher than the prior year.
Prices averaged US$178/t (dry), 23% higher than the previous quarter.
During the quarter, some 2.7Mt was produced from the Yilgarn hub, with operations focused on Altair and Parker Range, and the conversion to an all-in fines product at Koolyanobbing and Carina, and 2.5Mt was recovered at the Utah Point Hub, with Wonmunna pit continuing to open up and improve.
There was also 2Mt of crushed ore on stockpiles at year-end.
In the lithium business, production at Mt Marion increased 5% to 114,024t, for full-year growth of 34% to 484,984t, exceeding the upper end of guidance by some 10,000t. Ganfeng Lithium owns 50% of Mt Marion.
Spodumene concentrate shipments were also up 23%, in line with production.
With construction by Albemarle Corporation of the 50,000tpa Kemerton lithium plant near Bunbury continued, with first production of battery-grade hydroxide is still expected by year's end.
The Wodgina mine it shares with Albemarle remains on care and maintenance.
MinRes also spudded its first gas exploration well, Lockyer Deep-1 in the Perth Basin, earlier this month.
The Western Australian miner's stock, which have traded as low as A$23.96 over the past year, was at all-time high of $64.25 today, valuing it at $12 billion. 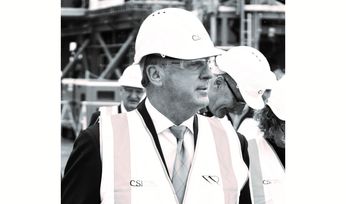 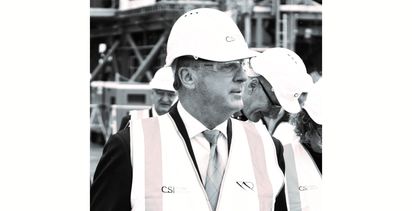