FORTESCUE Metals Group has reported a record half of production and is maintaining a strong outlook for 2020. It took the company's first-half performance to a record 88.6Mt shipped.

The average realised price of iron ore was $76 per dry metric tonne, representing a price realisation of 86% of the Platts 62 index.

It was slightly weaker than the September quarter's revenue of $85/t at a price realisation of 89%.

Iron ore markets are typically quiet now due to Chinese New Year, but have been unusually volatile this week due to the outbreak of coronavirus.

Gaines said the impact of the virus was an evolving situation.

"Seasonally, this is a period where activity can be a bit more subdued," she pointed out.

Ports in Hebei province have been closed, though FMG has no scheduled deliveries to the area until the end of February.

"At this stage, it's only impacting sentiment rather than physical trade of iron ore," Lilleyman said.

"There's nothing to indicate prices will be fundamentally impacted."

The office is closed for Chinese New Year.

The Pilbara generation project will include 150MW of gas fired generation, together with 150MW of solar photovoltaic (PV) generation, supplemented by large scale battery storage and will be constructed, owned and operated by FMG.

It will provide power to the Iron Bridge magnetite project.

"By installing 150MW of solar PV as part of the Pilbara generation project, the modelling indicates we will avoid up to 285,000 tonnes of CO2e per year in emissions, as compared to generating electricity solely from gas," Gaines said.

"Importantly, Pilbara Energy Connect allows for large scale renewable generation such as solar or wind to be connected at any point on the integrated network, positioning Fortescue to readily increase our use of renewable energy in the future." 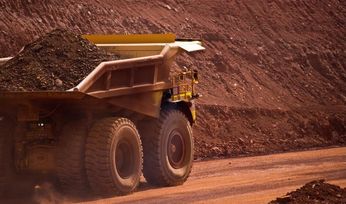 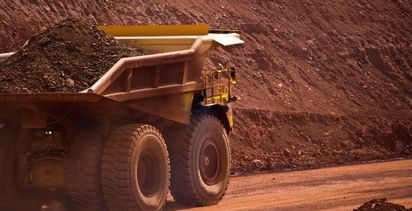