FORTESCUE Metals Group has formally kicked off the largest project since its expansion to 155 million tonnes of iron ore per annum. 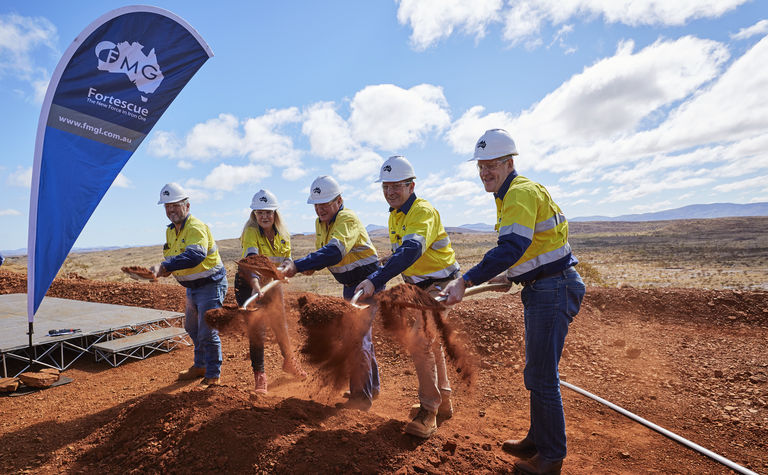 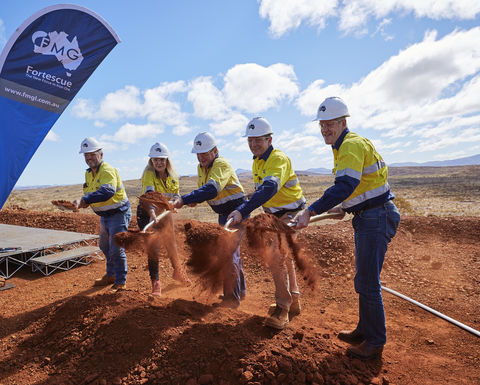 FMG founder and chairman Andrew Forrest AO and CEO Elizabeth Gaines were joined by board members, management and staff, as well as Western Australian premier Mark McGowan, for the official sod-turning at the US$1.25 billion Eliwana project in the Pilbara on Friday.

Gaines described the project as the "next leap forward" for FMG that would lift the quality of the company's overall products.

"Eliwana is core to the next phase of development in Fortescue's world class, innovative operations," she told guests.

"The project will see us maintain our low-cost status, provide us with greater flexibility to deliver on our integrated operations and marketing strategy and, when combined with the Iron Bridge magnetite development, it will increase Fortescue's average product grade and provide the ability to deliver the majority of our products at greater than 60% Fe, consistent with our long-term goal."

The project comprises the construction of 143km of rail, a new 30 million tonne per annum dry ore processing facility and infrastructure, with first ore on train expected in December 2020.

Forrest described the project as an "absolute turning point".

"We had a 20-year mine span when we kicked off Cloudbreak nearly a decade ago and we've still got a 20-year life span at Cloudbreak," he said.

"So I think Eliwana has got a 20-year plus mine span, and it is named after a great Aboriginal elder who reared me as a child with my parents, but Eliwana I think, will last for five, six, seven decades and beyond.

"The existing orebody that we mapped out will be one of only several orebodies we will discover." 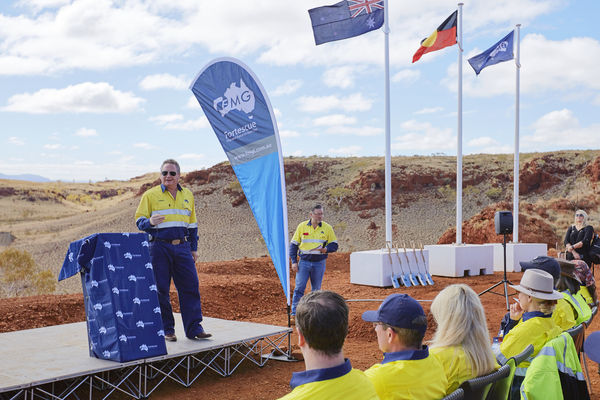 McGowan thanked FMG and the broader iron ore sector for "carrying the country".

"Thank you to FMG for this major expression of confidence in Western Australia," he said.

The project will create 1900 construction jobs and 500 operational roles.

FMG has already awarded contracts to the value of A$330 million to more than 250 Australian businesses as part of the development, of which 80% are WA-owned.

The company expects to award an additional $500 million in contracts by the end of 2019.

During the event, FMG announced the award of the catering, administration and general village services contract for the Eliwana fly camp to a joint venture between the Puuti Kunti Kuruma Pinikura (PKKP) Enterprises and Action Industrial Catering.

"It's not because we're carrying them … we need to compete," he said.

BHP and Rio Tinto have publicly expressed their support for the Uluru Statement from the Heart, which calls for constitutional recognition for indigenous Australians, but FMG has not.

"All I want to see is this magnificent culture and language preserved. I want alcohol out, and education and employment in."

The reporter travelled to Eliwana as a guest of Fortescue Metals Group.

Gaines first year in charge was one of FMG's strongest 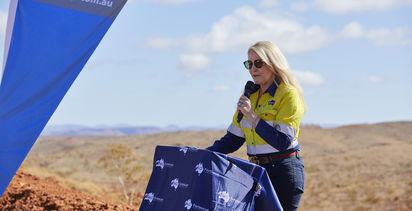 Iron ore's party days all but over