The long walk back to production for South Africa’s Prieska zinc and copper mine is nearly over with Orion Minerals CEO Errol Smart telling the recent Mining Journal Select Conference in London a bankable feasibility study “showing a compelling investment case” means a final investment decision on the high-margin project is close. 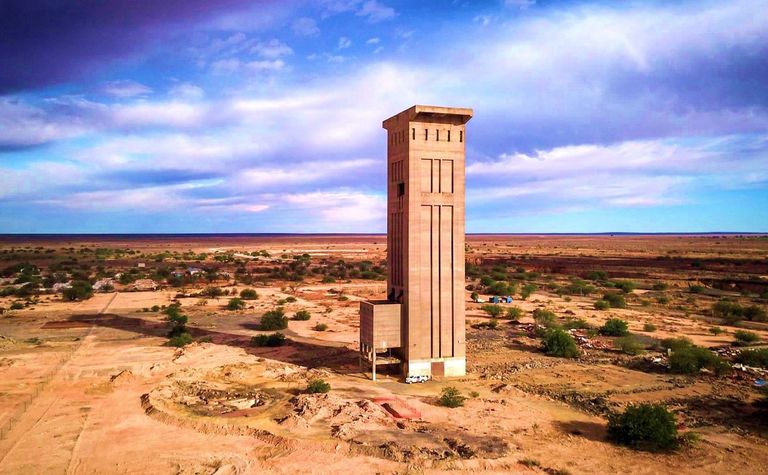 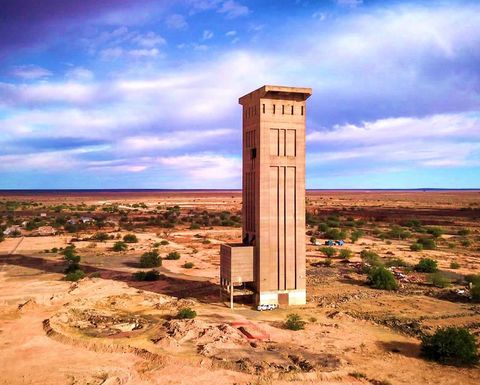 According to ASX and JSE-listed Orion's BFS, the project has an NPV post-tax of A$408 million (using an 8% discount rate), and an IRR of 33%, while payback occurs 2.9 years from first production. Peak funding was estimated at A$378 million. Orion has a 70% stake in the project with BEE companies holding 20%.

"We are showing a compelling investment case to establish a financially robust mine with an initial 10-year mine life with post-tax free-cash flow of A$408 million," Smart said in London.

Bringing Prieska back to life is more than a mine revival story. If successful it will also serve as an example of South Africa itself becoming more attractive to foreign investment, while Orion could be seen as blazing a trail for small miners in a country with a long history of favouring big companies.

In other words, there's a lot more riding on Prieska's revival than simply re-starting what was once a world-class base metals mine, and high hopes that the dual-listed structure of Orion might be a model for the future.

For 20 years, Prieska was a world-class business, but that was in the 1970s and 80s, a time when South Africa was on the verge of dramatic transition. The history of the mine, like that of the rest of the country, is important because it puts what's happening today into an understandable context, and while books have been written about the politics of South Africa the story of Prieska has been largely overlooked.

That's changing. Prieska is waking and has the potential to be much more than a born-again base metals mine because it is a multi-level South African test-bed for resources exploration and development, foreign investment, and the encouragement of small miners with big ambitions.

The starting point for the revival is the old mine from which the last ore was hauled in 1991, but even as that happened there were a number of people who knew that a lot of zinc and copper had been left at the bottom of the 1,000m-deep Hutchings shaft.

Closure back then was largely the result of falling prices for both zinc and copper at a time before the Chinese industrial revolution and booming demand for base metals, plus the problem of retaining the interest of senior management at the mine's then owner, the once-major mining company, Anglovaal.

"We are in a perfect state. Our zinc is basically subsidised by copper. The copper almost pays for the zinc production"

Prieska had become unattractive to a big business and South Africa, for a variety of reasons, had not encouraged the development of a small-mining sector similar to Canada and Australia where a large, apparently unwanted base metals resource, would have been a honey-pot.

Orion is a rare example of a small company which has found a way to do something significant, a combination of the Prieska resource waiting for a second chance and support from the South African government and business community. 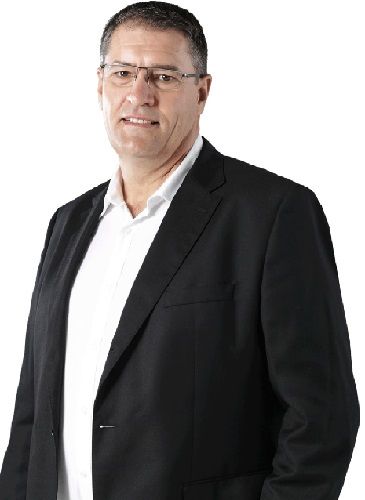 Errol Smart: "We are in the lowest decile of zinc production costs, net of copper credits"

"We have an opportunity to re-develop a significant base metals mine at Prieska, and in doing that we will also demonstrate that South African mining is very much open for business," says Smart, who is also chairman of the junior and emerging miners forum of the Minerals Council South Africa.

Located in an area of the Northern Cape Province known as the Areachap Belt, Prieska is 290km south-west of Kimberley. The orebody is described as a classic volcanogenic massive sulphide (VMS). When in full swing the mine produced three million tonnes of ore a year, yielding over its life 1.01Mt of zinc and 430,000 tonnes of copper in concentrate. That original campaign means that Prieska today is well served by essential infrastructure, included tarred roads, gravel airstrip 5km from the mine, water from the Orange River which is 60km away, plus access to the national electricity grid and renewable energy sources (wind and solar).

Because the ore in Prieska is well understood after 20-years of production, and because what's left is more of the same, the production process will start with conventional crushing and flotation producing a concentrates grading 50% zinc and 24% copper.

Where there would be a difference is in the underground operations with a fully-mechanised mine applying a combination of long-hole stoping with paste fill, and drift-and-fill with paste to follow. The likely underground mining fleet, which could include electric-drive and automated vehicles, will feed ore to a central underground crusher where the space already exists with rock hauled to the surface via the reconditioned Hutchings shaft.

Before anything starts underground a major dewatering campaign is required with an estimated eight-to-10 million cubic metres of water to be removed and pumped into evaporation ponds. While a visual inspection and non-destructive testing has shown that most of the main shaft's steel work to be in good order the scoping study assumes 30% of the steelwork will need to be replaced with another refurbishment cost being the need to acquire a Koepe rock winder, probably second hand given their ready availability after a series of South African gold mine closures.

In the BFS, Orion used a price of US$6,834/t of copper and $2,756/t of zinc in its modelling, and all-in-sustaining costs of $3,773/t copper-equivalent metal sold. On current and future metal prices, Smart said in a recent Mining Journal report on the zinc market that even at current zinc prices "there is quite a bit of fat in this thing."

"We are in a perfect state. Our zinc is basically subsidised by copper. The copper almost pays for the zinc production. We are in the lowest decile of zinc production costs, net of copper credits," he said. 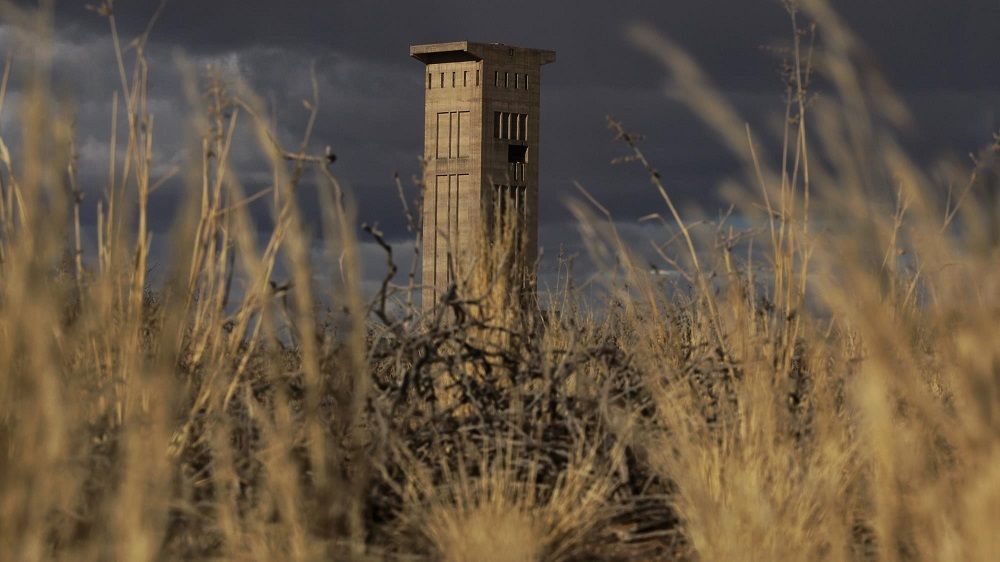 Taking Prieska from its status as a potential mine-revival situation to a producing mine will be a major achievement for Orion, but it could be just the start of a process which breathes new life into the Northern Cape, a mineral-rich but under-developed region of South Africa.

Near-mine exploration by Orion has thrown up hints of a number of promising structures that require closer examination with hopes high that Prieska will turn out to be just one of a series of base metal deposits, which is often the case with volcanogenic massive sulphides.

An airborne magnetic survey flown earlier this year detected multiple discrete anomalies that offered "compelling follow-up drilling targets" which Smart said in February represented a step down the track towards unlocking the broader potential of the Prieska project.

"Our studies illustrate the potential of the foundation stage of the project to underpin a significant near-term, low-cost development project, with exceptional opportunities for future growth.

"There is also ample scope to significantly extend the mine life through further mining studies, drilling and exploration programs to extend the deposit, which remains open at depth and along strike.

"The huge potential for additional satellite discoveries both within the immediate near-mine environment and within the broader region provides us with a very strong project pipeline which we believe will see us operating in this district for many decades to come." 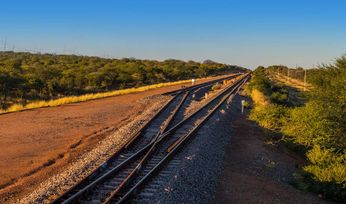 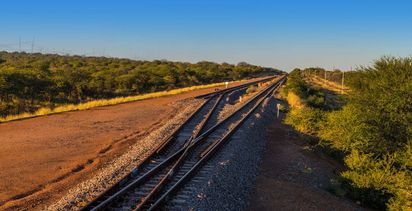