SERIOUS miners have been queuing to get a slice of mineral-rich Alaska and Australian copper and gold producer Sandfire Resources looks to have positioned itself as well as any of them with a recently announced deal with White Rock Minerals (ASX: WRM). It sees greater funding and technical firepower directed at the latter’s promising Red Mountain high-grade zinc and precious metals VMS project south of Fairbanks in the Bonnifield mining district. 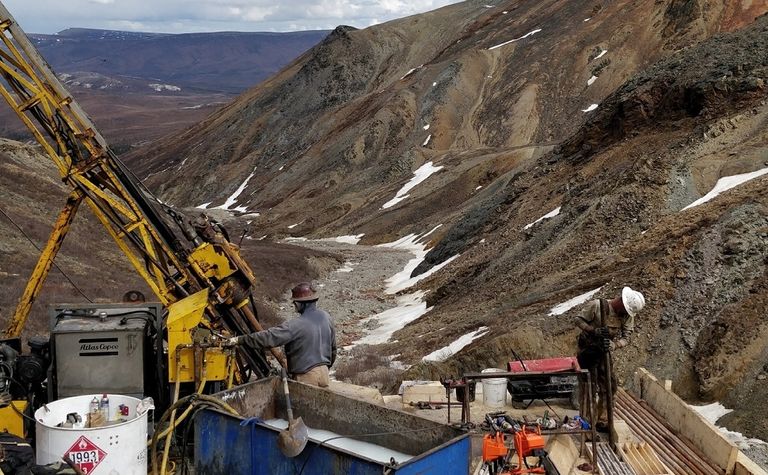 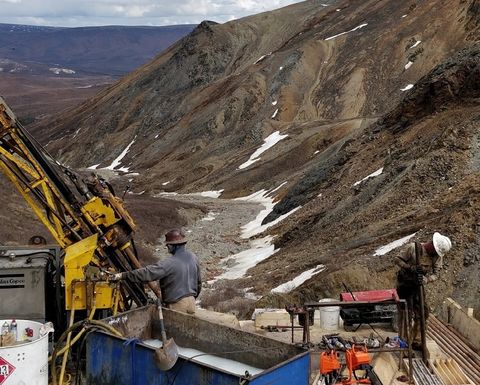 On the back of announcing a globally significant maiden resource last year of 16.7 million tonnes grading 8.9% zinc-equivalent for the project (including 9.1Mt of 12.9% Zn-eq) and getting strong early validation of its plan to demonstrate Red Mountain's credentials as a potentially world-class polymetallic volcanogenic massive sulphide mineral system through aggressive exploration, the arrival of Sandfire on White Rock's register - and on the ground at Red Mountain - adds to the momentum building in an area long seen as one of the world's most prospective mineral districts.

The deal announced this month elevates Red Mountain's standing as one of the region's big current exploration plays - with at least US$4.4 million being poured in by Sandfire in the next 12 months, (subject to the company exercising its option to form an earn-in JV), on top of the US$4M White Rock is spending this season - and opens up new future exploration and development funding avenues.

"It is a great endorsement of the quality and potential of this project," says Gill, an experienced Australian mining engineer and company executive.

"Sandfire have gained significant exploration expertise and IP from their DeGrussa project - exploration success they converted into a very profitable mine in Western Australia, as well as great success to date at their Monty project, and their active exploration programs generally on VMS exploration within their broader Doolgunna land package in WA.

"They have a very active business development team, having taken a stake in Europe-focused Adriatic Metals, and also with a project in Montana. They are well cashed-up, with a market cap above $1 billion, and they want to do deals that make sense. We have already formed a technical collaboration committee and are sharing knowledge and ideas, which can only be a good thing for both companies and their shareholders.

"We have a well-funded exploration program occurring at our high-grade zinc, and precious metals, VMS project as we speak. 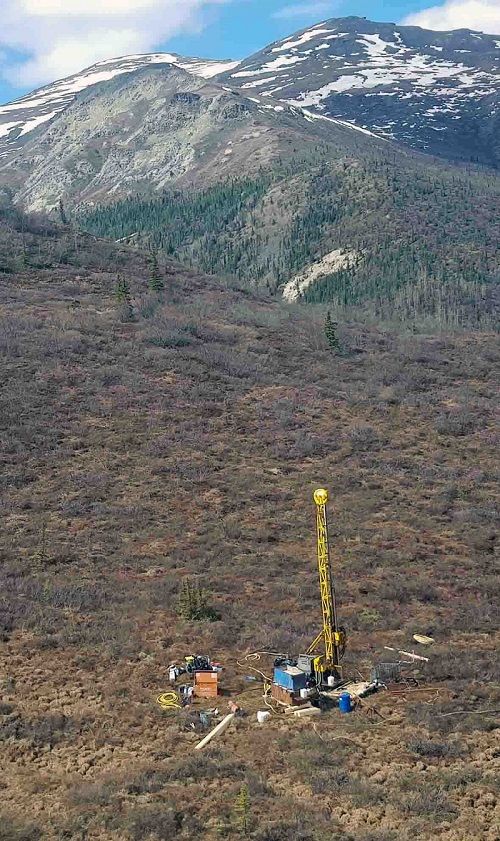 Nearly 130 drill-holes were previously logged in and around the Dry Creek and West Tundra Flats deposits that comprise Red Mountain's current published resource. And at least 30 other exploration targets have been identified from historic shallow EM and historic surface geochemistry have been identified in the 143sq.km land package consolidated by White Rock in 2017.

A key part of the new field program is a comprehensive soils geochemistry study and the first-time application of modern-day ground geophysics technologies and especially surface and down-hole electrical techniques to assist in identifying possible targets for drilling that in turn will test for massive sulphide mineralisation around the known deposits but also in new areas.

Not only is Red Mountain near an established mining hub at Fairbanks, with its established service base, and mines such as Pogo, Fort Knox and Usibelli, but it sits along a trend that extends into Canada's Yukon and features a number of known VMS and SedEx (sedimentary exhalative) deposits. The latter includes Fireweed Zinc's 50Mt (grading 10% Zn-eq) SedEx resource east of Dawson.

White Rock has a 20-person exploration team on the ground in Alaska, including geologists, geophysicists and drillers, having set up a long-term exploration base and supporting infrastructure in the first half of this year. Excellent drilling rates already achieved, and other progress in its three-pronged program (geochem and mapping, geophysics and drilling), have quickly dispelled the idea that such projects can't be run from far-flung administration centres such as Australia.

With its new partner, White Rock is also looking at other options to quickly advance its Alaska search, including the possible use of high-powered, deep-penetrating airborne geophysics that 10 years ago could only generate fairly superficial insights (down to 40m or so). Now the technology can look down more than 300m.

"These are just two of the modern exploration tools that have never before been applied at this project," Gill says.

"We are delighted with the results of the orientation geophysics so far.

"The stark conductivity anomaly results seen and their coincidence with known massive sulphide mineralisation gives us a powerful exploration tool to identify new targets for drill testing, hopefully leading to resource expansion and the discovery of new deposits.

First White Rock drilling at West Tundra has similarly hit high-grade, down-dip massive sulphide mineralisation, including plus-35% Zn-eq in a hole 75m away from the nearest previous drilling. The wide spacing (100-250m) of earlier drilling has raised hopes the new, tighter-spaced work might redefine the deposit's grade and mineralisation-width potential.

"Those early holes in this first round of exploration drilling achieved the best intersections in the history of the project at those respective deposits," Gill says.

"They're not all going to come up winners, of course, that's the nature of exploration. We hit a fault in the first hole at West Tundra, and then got that outstanding intersection 75m from the nearest previous drill-hole.

"But these initial assays at the Dry Creek and West Tundra deposits validate our belief that these two deposits form part of a genuine high-grade zinc rich polymetallic VMS mineralisation system at Red Mountain.

"Our exploration program focus is to expand the maiden resource and to identify and test new targets to make the additional discoveries.

"We've had a great start to our 2018 exploration program and we are rapidly gaining confidence that we can successfully identify, target, intersect and then gain valuable geological knowledge - rock types, stratigraphy, the VMS horizons, etc - from this initial drilling.

"We are confident of adding to the maiden resource in a meaningful way over the next few months and hope to be able to make new discoveries as we step-out and test some of the more prospective regional targets using our geochem and geophysics tools and knowledge." 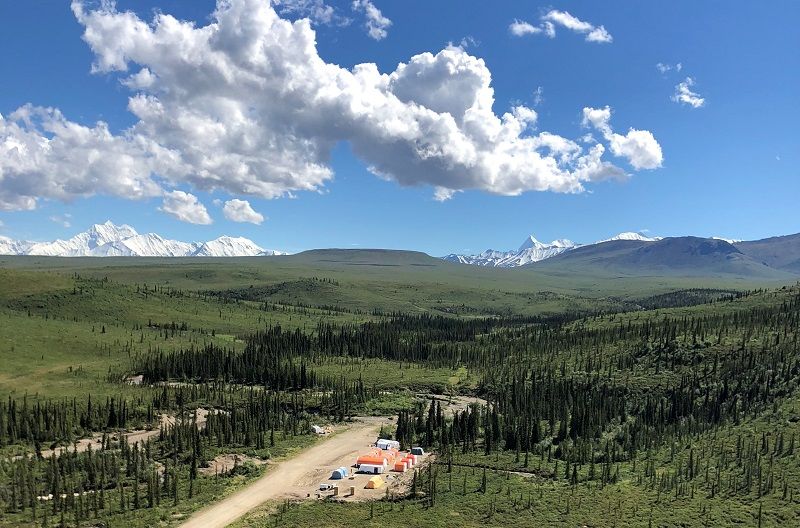 "These are a few examples of majors teaming up with juniors in this global top-10 mining jurisdiction that is still widely under-explored," Gill says.

"If you add in a host of big gold deposits and the likes of the world-class Pebble copper-gold project, you can see it's a jurisdiction like few others in the disproportionate number of world class deposits it has relative to the number of projects discovered to date."

Also near White Rock, exploring in tht Alaska Range, is ASX-listed PolarX. The junior is running a similarly aggressive drilling program but hasn't yet defined the size of JORC resource outlined at Red Mountain. Nor does PolarX have White Rock's Mt Carrington gold-silver project in Australia, with its already established reserves and resources.

Given PolarX's current market capitalisation is about double that of White Rock, Sandfire and other investors in the latter will be sensing a strong value-uplift opportunity.

Not that Sandfire's sights are likely to be on anything other than a bigger, longer-term picture.

"It is early days for us," says Gill.

"We've got a lot of ground to cover and we've only been on the ground since mid-May.

"With a successful exploration program under our belt by the end of this field season I think it's reasonable to assume we want to be looking at updating the globally significant JORC resource already reported.

"Depending on that outcome, including whether any of that resource can be elevated into the indicated category, I'd be hoping to see what a preliminary economic assessment might look like.

"We will have gathered much data, including from the soil geochem assays, rock chip assays, mapping and geophysics, so detailed interpretation of that and the identification of areas for follow-up will also be worked on.

"It is exciting times ahead." 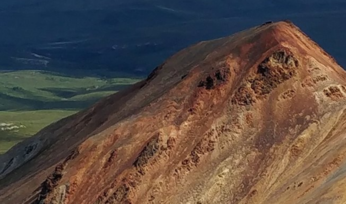 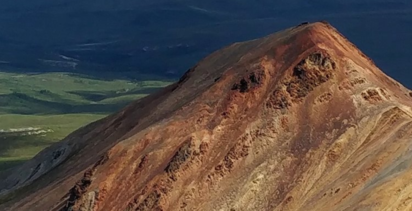 Which worry will win — metals shortage or China dip?