RIO Tinto has made much of how its Jadar lithium-borate project in Serbia gives it exposure to the global push towards a low-carbon future, writes Barry FitzGerald. 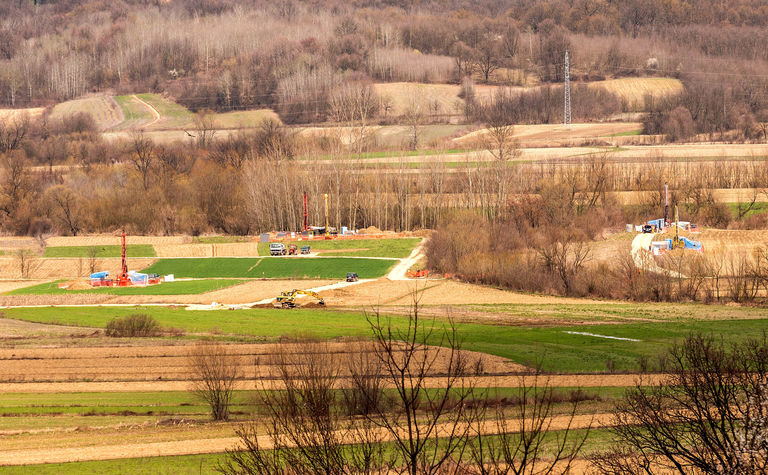 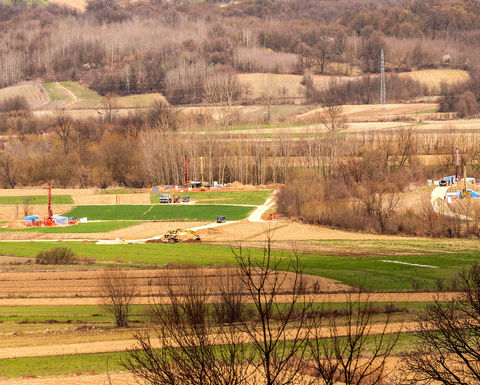 The change out of the global fleet to electric vehicles and battery storage of renewable energy are big parts of the push.

And based on the currently preferred battery technology, lithium has a major role to play, as does nickel, manganese and cobalt, along with other so-called battery materials.

Unlike the other major miners, Rio has singled out lithium as the exposure it wants to have to the revolutionary EV/renewables battery thematic.

BHP has gone for nickel. It helps that it has a nickel division inherited from its 2005 takeover of WMC.

It matters not that before the before the EV/renewables thematic became apparent, BHP tried to flog the division. It has been adaptable enough to bend with the wind.

As for Rio's preference for lithium, it helps that its exploration team came up with the Jadar discovery in 2004 near the city of Loznica in western Serbia.

Last week Rio committed US$200 million to fund a feasibility study in to Jadar's development, taking funding to date to a not inconsequential $450 million.

The funny thing is though that no one outside of Rio is sure its heart is in the project.

The project is likely to cost as much as $2 billion to get in to production and should Rio ever push the go button, first production would be well in to the back half of the 2020s.

Assuming it is truly committed to establishing a lithium exposure, Rio could spend a little bit more and become a lithium producer in the here and now, and across brine, hardrock and lithium-boron operations and developments.

All it would have to do is pay a 30% premium to take ownership of ASX-listed Orocobre, Galaxy, Pilbara Minerals and ioneer for a combined A$2.1 billion, or about three months of its elevated earnings from Pilbara iron ore.

The "bargain'' price to Rio  for the bag of four reflects smashed equity values in the lithium space because of the current oversupply, and the 12 month or so delay caused by COVID-19 in the EV thematic really taking off.

Despite having them all under watch, along with Kidman that went to Wesfarmers, Rio hasn't moved on any of them. It keeps getting pulled back to Serbia. Or does it?

The US$200 million for the feasibility study is a big lick of cash and presumably involves sinking a shaft to have a good look at the challenge of mining a 400m deep horizon with faulted and the soft/wet ground conditions.

The challenge is reflected in the $300t economic cut-off Rio used in its resource calculations.

That has many wondering if Jadar can meet Rio's investment hurdles.

Ahead of the $200 million new commitment, there was industry chatter that Rio was out and about trying to find a joint venture partner for Jadar, presumably one with deep lithium experience.

Still, it has made the $200 million commitment to take Jadar through to a final investment decision point by the end of 2021.

But to many observers, the commitment is more about keeping things at Jadar ticking over in response to pressure from the Serbian government which has made clear in the past it wants to see some action.

So the fear of antagonising the government and losing Jadar by being seen to be dragging the chain on what is a project of national significance made the decision on the $200 million additional expenditure all that much easier. Think of it as preserving optionality around both the lithium market, and Jadar itself.

Others suggest that it was no accident that the $200 million commitment comes at a time when Rio's ESG credentials are in need of repair following its destruction of the Juukan Gorge caves in the Pilbara for no good reason other than they had to go so higher grade ore could be accessed.

There was none of the scuttlebutt around the reasons for the $200 million commitment in the announcement on the feasibility study by Rio's energy & minerals chief executive, Bold Baatar. He said Rio was simply working to the initial project schedule.

Baatar said Rio's lithium project pipeline is an important part of its "vision to pursue opportunities which are part of the transition to a low-carbon future".

"We look forward to working closely with the government of Serbia over the next 18 months as we develop and validate our understanding of the project to the point when we can seek a final investment decision by the board of Rio Tinto."

You would hope that would be the case after all up expenditure of $450 million to get to that point.

Baatar also reaffirmed that because the Jadar deposit contains boron and lithium (as does ioneer's Rhyolite Ridge's near shovel ready project in Nevada), it would enjoy first quartile operating costs for both products.

The proof of that - and Rio's ongoing commitment to the project - will rounded up in the feasibility study.

'This is a significant moment for the lithium industry' 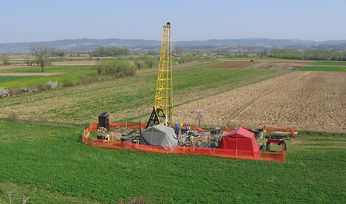 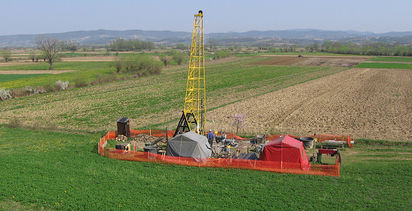 No peek yet inside IGO's US$1.4B lithium black box buy