THE pressure on the major miners to convince an ever-greening investor base that they are on board in the battle against global warming ratchets up by the day, writes Barry FitzGerald. 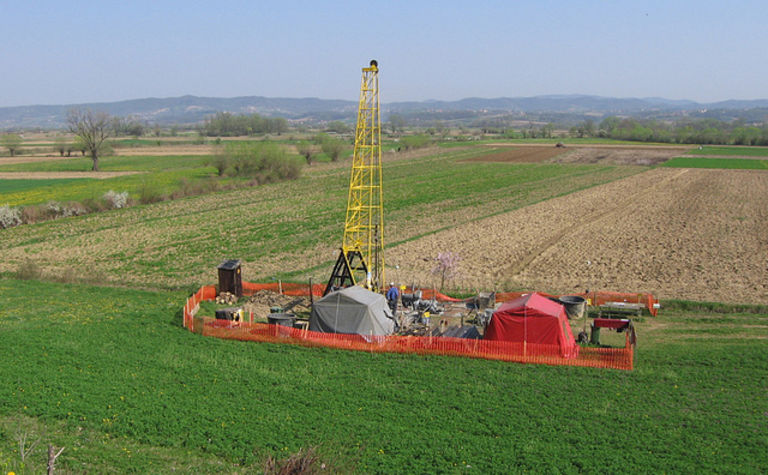 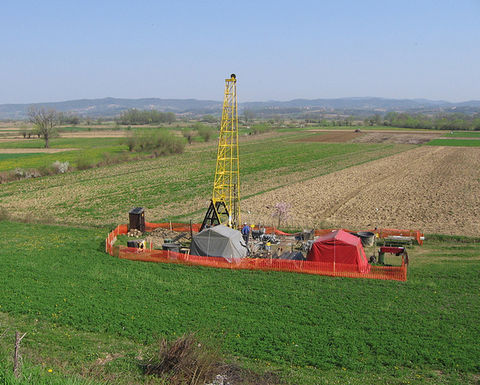 Jadar could be a lithium game-changer.

It's why Rio Tinto has encouraged the idea that its Jadar lithium project near Loznica in Serbia is part of its response to the call to arms, after having quit the coal business.
But life for the project, based on an unusual mix of lithium and boron mineralisation, has not been easy since the deposit's discovery way back in 2004.
The main issue was sorting out a processing route for the unusual mix, something Rio finally got on top of at its technical development centre at Bundoora, in suburban Melbourne.
For a while there it looked as if the stars had aligned for Jadar, thanks to a processing breakthrough coming on top of the recognition that lithium-ion batteries would underpin the electric vehicle revolution.
Lithium prices took off, but peaked in late 2017 as it became clear that the supply response, led by WA's spodumene producers, would swamp demand in the here and now for the nascent EV and renewable energy storage booms.
That has led to an almighty shakedown in the lithium market, notwithstanding the situation where lithium supply needs to continue to grow hand over fist if demand is to be met post 2023 by most projections.
As recently as March this year, some 15 months into the shakedown, Rio was saying it remained excited by the Jadar opportunity.
Rio's head of growth and innovation, Stephen McIntosh, said the project's resource base had the "potential to underpin a business for 50 to 100 years.''
"Obviously lithium itself is something we as an organisation will have to make a decision on. We'll be running the project to the investment committee and that moment in time is getting close."
It is against that background that Rio must decide on whether or not to take the plunge at Jadar, knowing full well that Serbia wants the investment and the kudos of being host to a new and "green'' marquee industry.
From the most recent utterances from Rio's leadership team, a final investment decision on the A$1 billion-plus development could be made in November next year.
Somewhat neatly, that could lead to first production in late 2023, just as most expect the current over-supply in lithium will have been resolved.
Battery supply chain specialist Benchmark Minerals summed up neatly what it called lithium's current price paradox in its recent second quarter review.
"While the supply response has addressed the relatively minor growth of today, it is still far from meeting the needs of tomorrow's EV expansions,'' the consultancy said.
As a result, the current price downturn fails to reflect the increasing possibility of another major deficit by the early-2020s, creating a current "deceptive narrative in both share prices and surrounding markets.''
By Benchmark's reckoning, the planned build-out of battery megafactories comes in at close to two terrawatt capacity by 2028.
"To put that in context, that would equate to 1.5 million tonnes of lithium demand just from these operations if they were to reach full capacity, compared to total lithium ion battery demand of 150,000 tonnes lithium carbonate equivalent (LCE) in 2018," it said.
"These new facilities will not all reach the market on time and at their expected capacity levels, but regardless this will see a step change in consumption rates. For those consumption rates to be met, the lithium market must overcome the current separation between the short and long-term reality in lithium pricing.''
That's all very comforting for Rio as it approaches making a decision on Jadar. But such is the concern about the oversupply in lithium now that it would not surprise if Rio were to delay making a development decision for a number of years.
Having said that, Jadar has something else working in its favour - the twin revenue stream that will come from producing both lithium and borates. Taking the borates as a credit should ensure Jadar is amongst the lowest-cost lithium producers.
Just how low cost will not be known until Rio completes its feasibility study on Jadar's development.
There are some clues though, courtesy of the ASX-listed ioneer, which is advancing the world's only other lithium-boron project, the Rhyolite Ridge project in Nevada, between Reno and Las Vegas.
The company is close to releasing its definitive feasibility study in to a development and it is assumed there will be an enhancement to the findings of its preliminary feasibility study, released late last year.
The revenue stream from the production of 173,000tpa of boric acid, when taken as a lithium equivalent, allowed the PFS to declare that the project will be the lowest cost lithium carbonate producer (20,200tpa) in the world at $1796 a tonne.
That compares with $3500-4000/t for the best of the brine producers in South America, and the $8000-9000/t costs for non-integrated Chinese LCE production using WA spodumene as a starting point.
Because Rhyolite Ridge will be an open cut, and is amenable to vat leaching, it is likely to have a cost advantage over Jadar. Just how big the difference is will become known when the respective definitive feasibility studies are released.
The bigger point here though is that the addition of a boron revenue stream makes both projects more resilient to the ups and downs of the lithium market.
There is the issue of additional boron production from the two projects unsettling the current 2Mtpa boric acid market.
Rio is, of course, one side of the global duopoly with Turkey's Eti Maden that controls the global market from its ageing Boron operation in California.
So, it would have to be assumed it would manage the introduction of Jadar to the market with care, presumably by easing back on its existing production to accommodate its push in to the lithium market where the rewards could be much larger if the EV revolution pans out as expected.
No argument in that from ioneer. 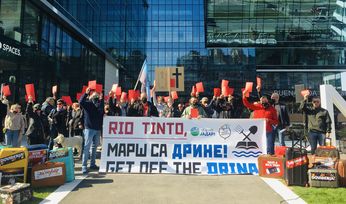 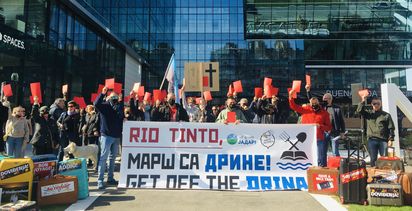