THERE is a maxim that a greenfields discovery can often give rise to a new mining province, given time and effort, writes Barry FitzGerald 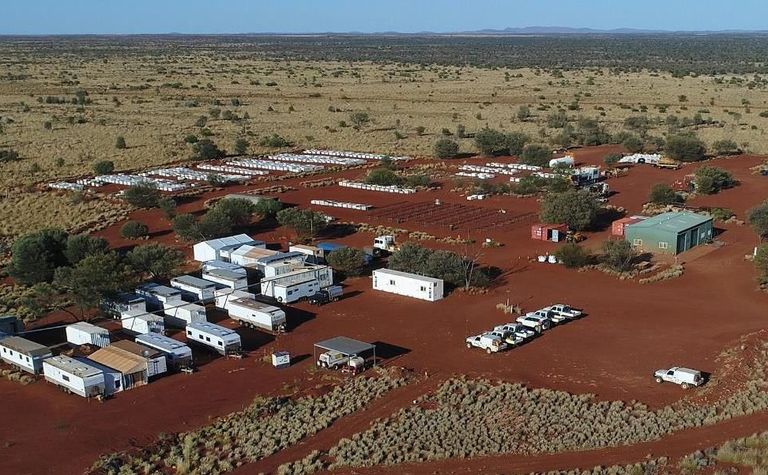 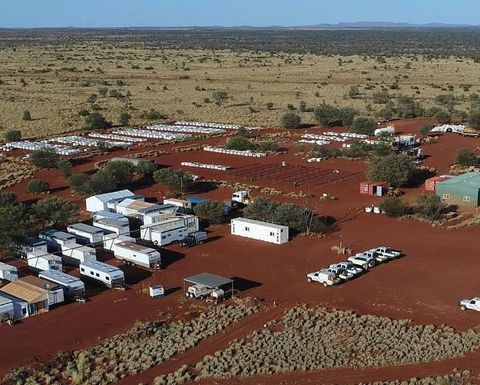 The camp at the remote West Musgrave project

It is one that can be applied to the West Musgrave nickel-copper project (WMP) of OZ Minerals (70%) and Cassini Resources (30%) near the intersection of the Western Australian, Northern Territory and South Australian borders.

WMC discovered the underpinning Nebo-Babel deposits way back in 2000 and eventually published a maiden resource estimate as part of its takeover defence against a low-ball bid from Xstrata (now wholly owned by Glencore) which was trumped by BHP in 2005.

BHP went on to find the Succoth copper deposit but lost interest under Andrew Mackenzie's simplification agenda, selling off the WMP for a peppercorn to Cassini in 2014, which brought in OZ in 2016 to give development planning some muscle.

All these years later, the WMP remains as a development candidate, and that's all.

But it can be said that an eventual development will be all the better for its lengthy gestation.

The lengthy gestation is mainly due to the WMP's remote location. It is remote as they come. It is closer to Uluru (800kms) than it is to Perth (1300kms). That hasn't changed in the last 19 years since the discovery hole.

But the WMP's remoteness can now be mitigated more than ever before thanks to the latest in hybrid power solutions, automation, remote control operating systems, and more innovative and alternate processing technologies.

And once the initial development is up and away on the strength of Nebo-Babel, a new mining province will be in the making as Succoth gets rolled in to the long-term plans, and a 40km stretch of prospective rocks serves up other opportunities.

It was about now that the joint venture had planned to take the WMP to the next stage with the release of a prefeasibility study in to a development, leading in to a bankable study, and possible first production in early 2023.

But to ensure the WMP is a thoroughly modern mine in perhaps the most remote location there is in Australia for a new mine development, OZ announced last week it has decided to take another six months or so to complete the PFS, which it is funding.

It is now expected early in 2020, complete with a maiden ore reserve estimate. So the original early 2023 first production potential is now more like mid-2023. As suggested, the delay should result in a better project.

OZ chief executive Andrew Cole said that the PFS was going well and had confirmed the previously defined 10Mpta scope of the project as "what appears to be the value maximising case.''

He said the value maximising process for the project was leveraging a small in-house owner's team with a "vast array'' of external generalists and specialists in various fields.

"As the process has progressed, we have identified new and different technologies, and workflows, that we believe could help improve the value of this project even further.

"The PFS stage of the project is the most important stage as this is where you define the optimised scope to advance in to (bankable) feasibility and engineering.

"So to give the team time to assess the recently identified potentially value-adding opportunities, we have extended the PFS schedule through to early 2020."

No estimate of the financial impact of the potential benefits could be released at this stage but Cole said the magnitude involved warranted taking the additional time on the PFS.

A list of the potential value-add opportunities was included in OZ's update on the WMP.

Some were around flowsheet design and recoveries, one involves the potential to use less power by using Loesche dry grinding technology, and others were around remote control of the site, and stand-alone diesel-solar-wind power generation capabilities and partnerships.

"Everything we can do to get the power price down - and remove carbon, which aligns to our company strategy - is something we want to work on," Cole said.

Power will account for about 40% of the WMP's processing costs and as early installations at other remote mine sites have already demonstrated, including solar and wind in the energy mix can deliver significant cost and environmental benefits.

The WMP is well located for a high percentage of renewable energy in its power solution as baseline data has demonstrated a "high quality'' solar and wind resource is available, with higher wind velocities at night offsetting solar shutdown.

OZ said the proposals had given it confidence that there will be a reduction in the power cost assumptions used in the 2017 scoping study, again without being able to say yet just how much of a reduction it will be.

As it is, the 2017 scoping study pointed to a robust operation anyway. It estimated the C1 cash operating cost (after by-product credits) would average $US2-2.30/lb payable nickel or an average US20-40c/lb payable copper.

That was based on consensus pricing at the time with nickel lower than where it is now, and copper higher.

The bigger point though is that the intent of the delayed timeline is to enhance further the project's robustness across the cycle, and across what could well be a 30-year plus life, making the WMP a rare development beast indeed in the local base metals space.

Diversity an edge for Independence 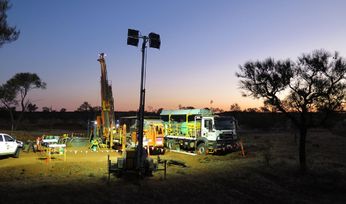 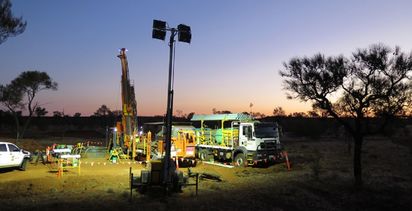 New discovery shaping up for OZ and Cassini

The remaking of OZ

Diversity an edge for Independence