NEWCREST finished off the 2019 financial year with a bit of a flourish from a production perspective, writes Barry FitzGerald. 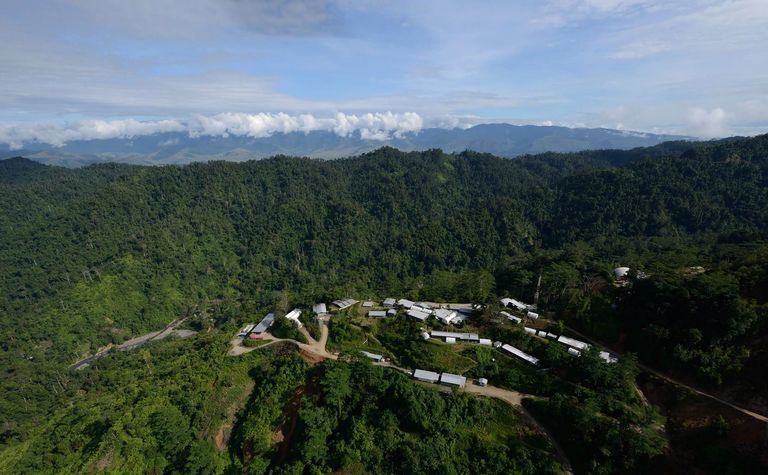 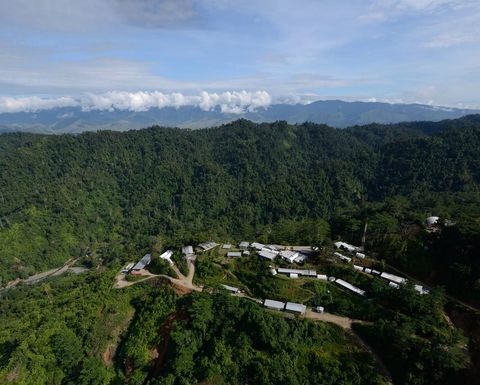 Not that it really mattered from a share market perspective. The A$2000-plus Aussie gold price was always going to paper over any shortcomings at the mines that matter to the company's market rating - Cadia and Lihir.

All the better then that there wasn't any cause for concern at the mines that matter.

But it has got to be wondered if the combination of a strong June quarter production performance, in a record Aussie gold market, meant the market was all too quick to avoid to the not-so-good news contained in our biggest gold miner's final quarterly report for FY2019.

It looks as if that was the case, judging by the lack of alarm to Newcrest's disclosure in the quarterly report that alack and alas, the planned start to the US$2.8 billion development of the Wafi-Golpu copper-gold project in PNG is now officially on the backburner.

The joint venture had hoped to get the required Special Mining Licence by June 30 to kick off development work. But it did not arrive, and does not look arriving anytime soon now that PNG has a new PM, James Marape.

A delay to the 4.7-year construction of the project is a big deal for Newcrest, even more so for its 50:50 partner in the project, South Africa's Harmony Gold.

The joint venture's updated feasibility study, released in March last year, pointed to a 28-year mine life with annual production of  161,000t of copper and 266,000oz of gold at a total production cost, on a copper basis, of 81c/lb.

The delay comes as Newcrest enters what most suspect will be peak gold this year because of the declining grade profile at Cadia, and the smaller to nil contributions from its smaller mines in coming years.

Wafi-Golpu has the ability to swing things the other way come 2025 or thereabouts, the risk now being no one can judge just when it will kick in. That turnaround capability makes Wafi-Golpu worth more to Newcrest than the 10-20% estimates of total net present values in the market.

Frustratingly for the joint venture, they had good reason to think that under a December 2019 memorandum of understanding with the PNG government, it would be issued the required Special Mining Licence by June 30.

But the MOU became meaningless on May 30 when Marape's rise to power ended eight years of Peter O'Neill-led government. That in itself meant the June 30 hope for the SML had become unrealistic overnight.

No need for any alarm on any of that, you would think. But on Thursday last week when the deferral decision came through from the partners, the new PM was honing his speaking notes for a gig that night at the Lowy Institute in Sydney.

In his speech, he once again put the resources industry on notice, saying that he wanted greater accountability and reforms to deliver returns to the state of more than 50% from resources projects.

It was as disturbing for the miners and oil companies as was his maiden speech as PM: "At the moment our resource laws are outdated. We do not intend to chase our investors, they are here to stay, we encourage them. But we will look in to maximising gain into what God has given this country from our natural resources."

Maybe so. All that Newcrest and Harmony know is that they have been "compelled'' to defer and revise the work program they had planned to start this calendar year.

"General operation of the site, community programs, environmental monitoring and engineering activity all continue, although at a reduced scale. The project team in Brisbane has been redeployed and reduced in order to mitigate the costs of the delay," the partners said.

"It is difficult to estimate the duration of this delay and the market will be advised when discussions recommence."

The partners also claimed the government "continues to signal its support for the project". Others would say it has a funny way of doing so.

Still, there is nothing to suggest the new government is hell bent on driving out foreign investment in the resource sector, even if the new PM has declared he wants PNG to become the "food basket" of Asia as way of achieving greater economic engagement for the population than big resources projects can deliver.

But there is a risk that the regulatory and fiscal regime under which the SML will eventually be granted will be hasher than Newmont and Harmony thought they would be getting, forcing a stand-off for years to come.

Fortunately for Newcrest, it has busy in recent times fleshing out it growth options beyond Wafi-Golpu.

It now has a 27% stake in Canada's Lundin Gold which is commissioning its Fruta del Norte gold project in Ecuador, and 15% of Cascabel owner SolGold. It is also close to completing the acquisition of a 70% stake in the Red Chris copper-gold mine for $806 million.

That lot gives Newcrest options to work with if Wafi-Golpu's delay becomes protracted. And given Wafi-Golpu is a project of national importance, it has to be assumed that it will eventually get the all clear, but on what terms?

Biswas hopeful of SML by the end of 2021 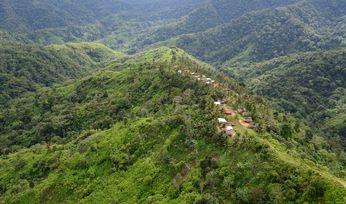 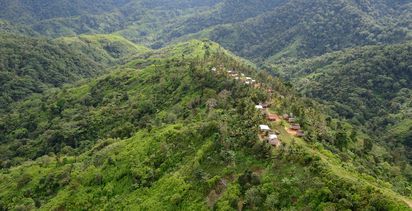 Tomsett takes the chair at Newcrest

APEC afterglow boost for Newcrest and Harmony at Wafi-Golpu

Pilbara in money printing mode while Brinsden heads to Canada